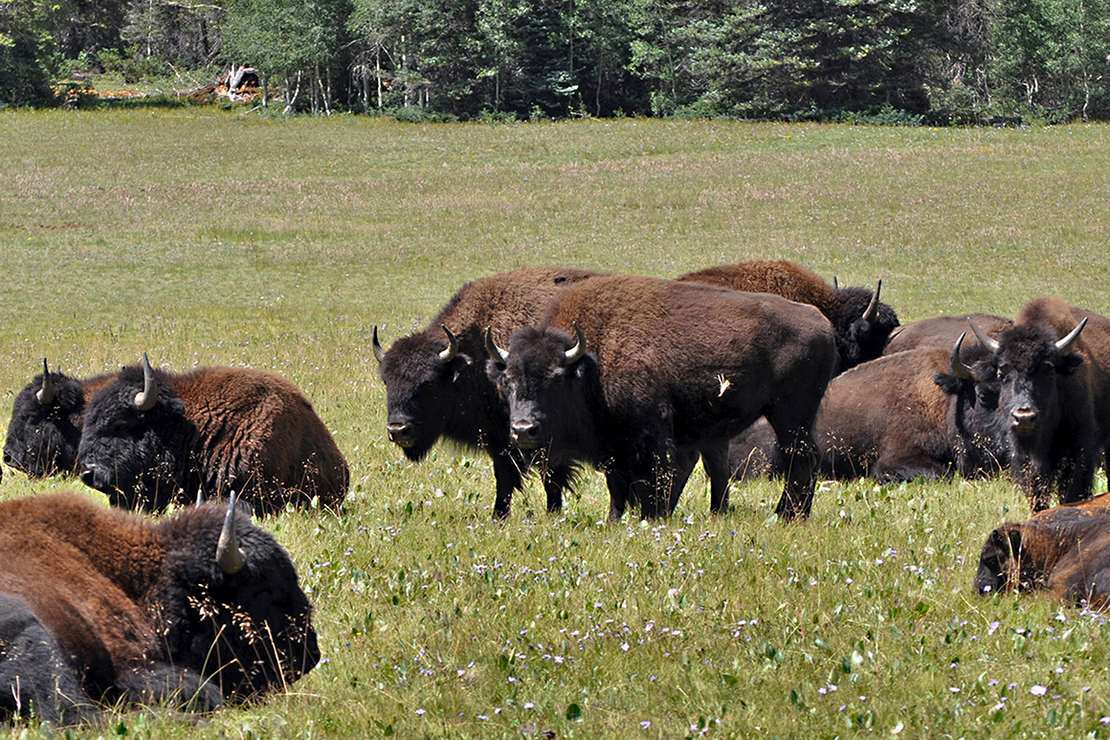 Colorado Democratic Gov. Jared Polis today asked the National Park Service to stop its plans to allow hunters to kill a dozen bison at Grand Canyon National Park in Arizona, saying the animals should instead be moved to a shortgrass prairie reserve in his state.

Polis made the request after the Southern Plains Land Trust offered to adopt the bison and relocate them to a reserve in southeast Colorado.

“It is rare for the lethal removal of bison to be allowed on National Park Service land which is owned by all Americans,” Polis said. “This decision should be reversed and we would welcome these 12 bison to live and roam free at the Southern Plains Land Trust in Bent County."

“Our preserve in southeast Colorado, at 25,000 acres, has a sanctuary herd of bison, and these additional animals would be welcome,” she said. “We stand ready to allow a win-win solution for the park and for the bison.”

Calling the animals “a majestic and iconic species of wildlife,” Polis said he urged both the park service and the Interior Department “to consider this practical Colorado solution.”

Interior Secretary Deb Haaland, who oversees the park service, is under increased pressure to stop the proposed culling of bison at the popular park to control their population. The plan has been in the works for years, long before Haaland took over as Interior secretary.

The National Park Service in August told The Arizona Republic that 12 people from more than 45,000 applicants had been selected to take part in the "lethal removal." Officials said the participants were screened for their shooting abilities and fitness, as they will need to be able to haul the bison out of difficult backcountry terrain within the park. They will be able to call on volunteers to help them.

The park service has characterized the pilot program, which is slated to start this week, as different from hunting, saying "lethal removal serves a public purpose, while hunting serves both public and private purposes" (Greenwire, May 11).

Neguse made the appeal in a letter to Haaland and NPS Deputy Director Shawn Benge that was also signed by four other House members: Republican Rep. Brian Fitzpatrick of Pennsylvania, and Democrat Reps. Marcy Kaptur of Ohio, Jan Schakowsky of Illinois and Madeleine Dean of Pennsylvania.

“We understand the need to manage the bison population within the park, as the number of bison have caused concern about their impact on park resources, especially given the projected growth of the herd,” the lawmakers said in their letter. “However, we are concerned about allowing volunteers to enter into Grand Canyon National Park and kill bison within the national park boundaries.”

Wayne Pacelle, president of Animal Wellness Action, said the killing of bison at the park would undermine “an important precedent by allowing hunters to kill habituated bison.”

"Grand Canyon has had no hunting for 100 years, and it’s no time to start now," he said.

The Interior Department had no comment, a spokesperson said this afternoon.