Colorado WWII site could be next national monument 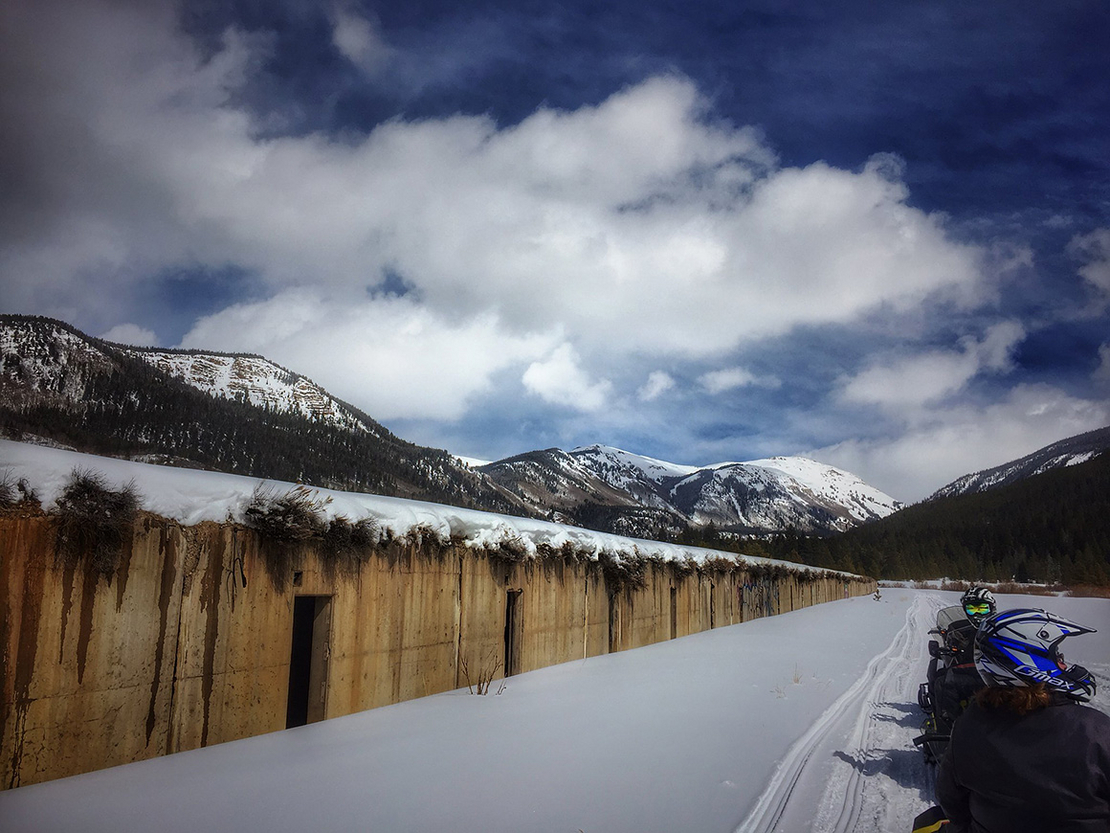 The ruins of ammunition bunkers at Camp Hale in the Eagle River Valley in Colorado. Shelby L. Bell/Flickr

President Joe Biden could designate a new national monument in Colorado as early as next month, moving to preserve a World War II-era Army training site that has become entangled in legislative gridlock on Capitol Hill.

The Camp Hale-Continental Divide National Monument, as first reported by The Washington Post, could include both the existing Camp Hale National Historic Site, as well as 28,000 acres surrounding the former Army camp, and a portion of the Tenmile Range.

A White House official who was granted anonymity to discuss policy deliberations, however, told E&E News that: “No decisions have been made.”

But other individuals familiar with the White House process, who likewise spoke on the condition they not be identified given the ongoing discussions, said that a monument is likely to be designated in October.

“There is work to be done before the proclamation can be finalized,” said one individual, noting that the White House must still detail an inventory — which could include historic areas, buildings, or plants and animals — of what it plans to protect through a monument designation.

Under the Antiquities Act of 1906, the president can set aside existing public lands as a national monument to protect areas of scientific, cultural or historic interest.

Although Biden utilized the law in 2021 to reset the boundaries of both the Bears Ears and Grand Staircase-Escalante national monuments — restoring protections to more than 2 million acres of public lands excised by his predecessor — he has yet to designate any new sites.

Conservation advocates have pushed him to do so, urging protection of sites like the Castner Range in Texas or Avi Kwa Ame in Nevada (Greenwire, Aug. 23).

Colorado lawmakers also recently began pressing the White House to utilize executive action to enact portions of the “Colorado Outdoor Recreation and Economy (CORE) Act,” which has struggled to secure passage in the Senate (Greenwire, Aug. 26).

In addition to the Camp Hale protections, the current “CORE Act,” S.173 would designate 73,000 acres of new wilderness and 80,000 acres for new recreation and conservation management areas, as well as prohibit new oil and gas development in the pristine Thompson Divide area. That latter provision has drawn opposition from Republican lawmakers.

In a letter to Biden last month, lawmakers including Colorado Sens. Michael Bennet (D) and John Hickenlooper (D), urged Biden to use the Antiquities Act to protect the Camp Hale site.

“The history of this area, including the role that it played in preparing the 10th Mountain Division for some of the most difficult moments of World War II, makes it the ideal candidate for a national monument designation,” the lawmakers wrote. “Many of the veterans of the 10th Mountain Division returned to Colorado after the war to establish our state’s outdoor recreation economy by starting the ski areas that Colorado is known for, further establishing the role Camp Hale and its veterans have played for our state and nation.”

Neither Bennet nor Hickenlooper responded to requests for comment.

The Forest Service has managed the Camp Hale Historic Site since 1966.

The Agriculture Department did not respond to a request for comment about the potential monument designation, but Agriculture Secretary Tom Vilsack expressed support for additional protections when he toured the site with Rep. Joe Neguse (D) and other members of the Colorado delegation last month.

“I take away a sense of urgency in this conversation needs to take place, in a sense, yesterday,” Vilsack told CBS Colorado. “I’m going to go back and make sure that the president, the White House, is fully briefed on this. I’m going to make sure that our team is moving as expeditiously as they possibly can to do whatever we can and encourage the president to give us the authority to proceed.”

Vilsack, referring to a proposal in Congress to designate the area as a national historic landscape, added: “Well, this is a special place. There’s no question about it, and folks have made, I think in a very compelling case. The president is obviously going to have to make this decision, but I’m going to take back the fact that this has been an extraordinary example of collaboration and partnership.”

A coalition of advocacy groups led by the Vet Voice Foundation endorsed the monument in a Monday letter to Biden.

“This action will continue a longstanding tradition of bipartisan support for protecting our nation’s most special places, historic landmarks, and objects of historic and scientific interest, while responding to the community-led desires to protect our shared public lands,” said the letter co-signed by nearly three dozen organizations, including the Access Fund, Conservation Lands Foundation and National Wildlife Federation.

“This well-deserved designation recognizes the inextricable link between our lands, our history, and our future as westerners,” Dworkin added. “The Polis administration supports this federal action to preserve our state’s natural beauty, support our environment, honor our history, and continue driving our multibillion-dollar outdoor recreation economy.”