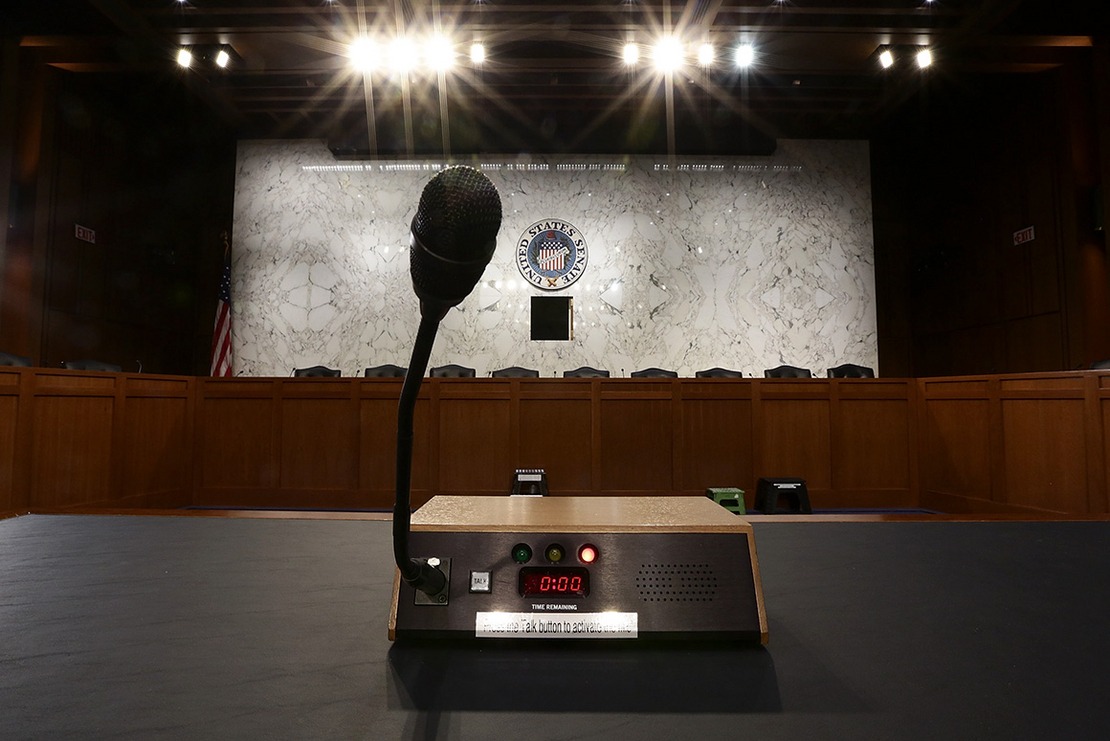 A few months ago, when advocates were up on Capitol Hill educating lawmakers about their progress on increasing diversity within the environmental movement, something caught their eye: witness panels at committee hearings that fit a familiar, homogeneous pattern.

“There are some committees that continue to not be diverse,” Andrés Jimenez, the CEO of Green 2.0, told E&E News recently, “and have all white panelists, all males. And it’s like, ‘Come on, it’s 2021. How can you bring someone in to talk about communities of color if you don’t have that background?’”

So Jimenez decided to do something about it.

This summer, his organization launched a campaign urging Congress to do better. In a letter to 15 committees and subcommittees in the House and Senate, Green 2.0 implored chairs to assemble more diverse expert witnesses brought in to participate in hearings dealing with energy, environment and climate issues.

“Hearings are an integral element of the policy making process, and the inclusion of witnesses of color is key to ensuring that people across our nation have their voices heard,” the letter read. “As communities discuss pollution, water, energy, infrastructure, conservation, and many other environmental policies there must be greater inclusion and collaboration with communities of color.”

Some committees are doing better than others, in Jimenez’s estimation, including Natural Resources and the Select Committee on the Climate Crisis.

“You have to be proactive,” said Rep. Kathy Castor (D-Fla.) in describing the success of the climate committee, which she chairs. “Otherwise, you end up having the same people who are used to testifying and that’s what you see: the repeat people again and again and again.”

Whether Green 2.0’s efforts will bear larger fruit remains to be seen. Still, it comes at a moment of significant appetite for making changes.

The group’s diversity campaign is part of a much wider conversation that has emerged in the wake of last year’s racial justice protests following the murder of George Floyd. The goal of the protests — expanding racial and ethnic representation everywhere — now includes the environmental sector.

Even before these efforts, the House launched an effort to quantify just how well — or poorly — committees have fared in attracting nonwhite witnesses. A formal audit of the preliminary data is expected to be available as early as year’s end.

Driven by current events and progressive advocacy — and emboldened by President Biden’s ascent to the White House — congressional Democrats have been highlighting environmental justice issues in their committee activity with increasing frequency this year (E&E Daily, July 23).

Anecdotal evidence suggests that this is where the most diverse witness panels on climate issues tend to be concentrated — a marginalization Jimenez and others find concerning.

“It shouldn’t always have to be, ‘Oh, this is an environmental justice panel, this is where we’re going to bring people of color to.’ No … that’s a total fail,” Jimenez said. “Whether you’re talking about land issues, air issues, ocean issues, whatever, you need to be bringing people of color.”

“When we start talking about technology, the new [sectors] of economic opportunities; when we started talking about science-related issues — then you will find less diversity of individuals who are sharing,” Ali explained. “I can’t tell you how many times I’ve presented in front of Congress, and there may have been one person of color out of the five who is actually there sharing. And you may not have any when you get into the technical spaces” of environmental policy.

There is still no hard data to back up these observations or to prove that witness panels on a broad array of environmental topics remain overwhelmingly white and male. That is set to change soon.

In late 2019, the Congressional Hispanic Caucus, Congressional Black Caucus and Congressional Asian Pacific American Caucus — which collectively make up the so-called Tri-Caucus — rolled out a new survey designed to track the diversity of witnesses invited to testify before House committees, excluding administration and agency officials.

Now, at the direction of language in the fiscal 2021 Legislative Branch appropriations bill, the House Office of Diversity and Inclusion — which was established at the start of 2019 — is conducting a formal study of witness diversity, using the Tri-Caucus’ survey as the vehicle.

The diversity and inclusion office has no firm timeline for finishing its work, though there are hopes it will have enough data by December to draw some solid conclusions.

The study could be complicated by the fact that participation is voluntary and based on self-reporting. Nevertheless, Jimenez said he’s hopeful about the effort.

“You have to be smart and be careful,” he said. “You have to be respectful around this. And I think giving them an opt-in option is a good way to start, and we’re excited to see what that’s gonna look like.”

There is currently no comparable study taking place in the Senate.

When it comes to which committees are doing it right, Jimenez and Ali both had an immediate response: The House Natural Resources Committee under the leadership of Rep. Raúl Grijalva (D-Ariz.).

In an interview, Grijalva said his focus on diversifying witnesses was an important priority for the committee, which deals with issues that require a broad array of voices to weigh in. But he also said it’s become easier to increase diversity as the sector itself has opened up.

“I’ve been on this committee my entire 20 years in Congress. … [I]t was pretty male and pretty white,” he said. “They were the experts in those areas, but now that expertise is more broad.” He added, “There’s more leadership coming from Indigenous communities; it was always there, but now you know about it. Environmental justice, the same thing: It was always there, now you just know about it.”

That priority has translated into more thought and care in selecting witnesses, fostered through a new appreciation for scheduling hearings far enough in advance to allow for more intentionality in assembling expert panels.

When Republicans controlled the House, Democratic staff said, Natural Resources subcommittees would typically have less than two weeks to locate, vet and prepare witnesses, who would then have a matter of days to turn around written testimony and make travel arrangements to Washington on their own dime.

The full committee now schedules hearings with enough time to widen the pool of potential participants and not force staffers to go back to the repeat participants, or industry representatives who are easy to book at the last minute.

The former staff director for the top Republican on the Natural Resources Committee — ex-Rep. Rob Bishop of Utah, who retired in 2021 — did not respond to requests for comment about whether the committee hearing schedule in previous sessions of Congress might have been inhospitable to attracting diverse witnesses.

Castor, whose climate committee has also been cited as a model to follow, said a silver lining of the coronavirus pandemic was that it forced her panel to hold hearings virtually, which immediately expanded the possibilities for who could be invited to brief lawmakers on the pressing matters of the day.

“Doing online and Zoom hearings has opened it up to other voices who don’t have the wherewithal to travel to Washington, D.C.,” she said. “We’re probably going to keep that in some form or fashion going forward, and not go back the day where you have to have every single witness come to Washington, D.C., to testify.”

While the House Financial Services Committee, meanwhile, has only held three hearings related to climate issues so far this year and was not among the recipients of Green 2.0’s letter, it also has adopted its own framework for prioritizing diversity on witness panels. Under the direction and leadership of Chair Maxine Waters (D-Calif.), the committee in 2019 created the Subcommittee on Diversity and Inclusion to examine equity issues across the banking industry.

This subcommittee assists the seven other subcommittees and task forces in coming up with diverse witness lists for upcoming hearings, reviewing recommendations from subcommittee chairs and their staff, then making suggestions on how different perspectives, cultures and backgrounds can also be included in the conversation.

Ultimately, Ali said, everyone loses out if committees continue to have homogeneous representation of expert witnesses.

“It transcends far beyond what happens on Capitol Hill,” he explained. “If you are given the opportunity to share on that stage, it translates for folks back home, when they go back and are engaging in their local government, knowing the highest bodies in the land have seen value in those individuals sharing. It translates into the experience and the expertise that folks will then value back home.”

Jimenez said that for now he’ll withhold judgment on committees until after the House diversity study is released. But Green 2.0 won’t let lawmakers off the hook in the meantime, he warned.

“What we’re telling them is, ‘Don’t wait until the report comes out.’ They should be working on this now,” Jimenez said. “Start putting on your panelists of color on your hearings today. And we’re asking the Senate to do the same.”