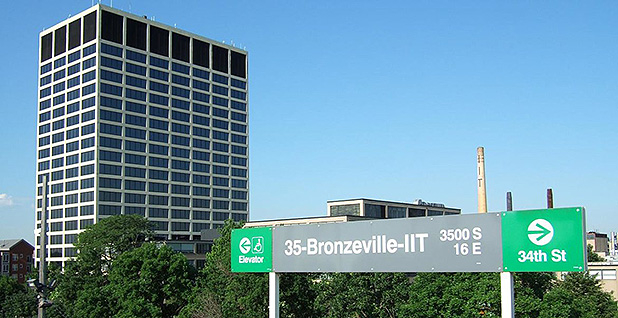 Another proposal is looming that involves resilience and the future of the electric grid. This one has nothing to do with coal piles. Rather, it’s narrowly focused on the grid’s edge, in a small neighborhood on Chicago’s South Side.

The $29.6 million cost is modest for a utility of ComEd’s size. Yet the proposal has drawn scrutiny from consumer and clean energy groups. While they agree on the need to modernize electricity infrastructure in a way that minimizes costs and cuts emissions, some of them say ComEd’s microgrid plans miss the mark.

The case before the Illinois Commerce Commission includes testimony by experts from across the country. It’s raised issues about the role of urban microgrids, the benefits and who pays for them. Another question being asked is what is the role of a monopoly utility in developing microgrids?

"I think that’s a huge open question, and it’s an open question around the country," said David Kolata, executive director of the Citizens Utility Board, a Chicago-based utility watchdog group that’s a party in the case.

ComEd said microgrids are among technologies at the forefront of the electric industry’s transformation, and the project covering several blocks in Chicago’s Bronzeville neighborhood will benefit both customers and the public at a cost to ratepayers of just "pennies a year."

Critics, however, say the proposed microgrid is poorly conceived, it relies too heavily on natural gas and diesel generation, and that ComEd hasn’t shown that the project will deliver benefits to justify its cost.

"ComEd’s failure to quantify the purported benefits ratepayers would realize show that the project is not cost-effective, is not prudent and it would be unreasonable for the commission to approve it," Attorney General Lisa Madigan’s office wrote in a filing asking the ICC to reject the application.

The attorney general’s office said the utility’s promise that lessons will be learned from the project is vague and overstated. In reality, it said, the microgrid would benefit only the few residents and businesses within its small footprint, while all of ComEd’s nearly 4 million customers would pay for it.

ComEd said it chose the site after an in-depth analysis to identify locations that would most benefit from the added resiliency. The site was also selected because it’s next to the IIT microgrid and would provide lessons about linking microgrids.

The area has above-average reliability, according to the utility’s own metrics. And there are limited resources in the neighborhood to provide a haven for people in surrounding areas in the event of an extended outage, Kelter said.

ELPC and Vote Solar also question ComEd’s decision to rely heavily on gas and diesel generators for the second phase of the project.

The ICC staff likewise questioned ComEd’s plans for the second phase of the project. The commission staff recommended allowing an expansion of the first phase of the microgrid but said regulators should deny the second phase because the utility "hasn’t proven this to be a prudent expenditure."

A key concern when the project was introduced was ComEd’s plan to own the generation associated with the project. Parties in the case raised concerns, noting that utilities aren’t allowed to own power plants following a law that restructured the Illinois retail electric market 20 years ago.

David O’Dowd, a ComEd spokesman, confirmed that if the commission approves the project as proposed, the utility will work with CUB and EDF to develop a pilot microgrid services tariff and file it with the commission by Jan. 1, 2020.

Kolata said he’s hopeful the Bronzeville project will help ComEd and the state build on key policy choices in recent years, the 2011 smart grid law as well as more recent energy bills that will significantly expand development of renewable energy.

"We do want and need to start doing pilots that get at the question: Is there a consumer value proposition with microgrids?" he said. "There’s just a lot of thorny policy questions. We thought that if you structure a pilot right, you can get at some of those questions."