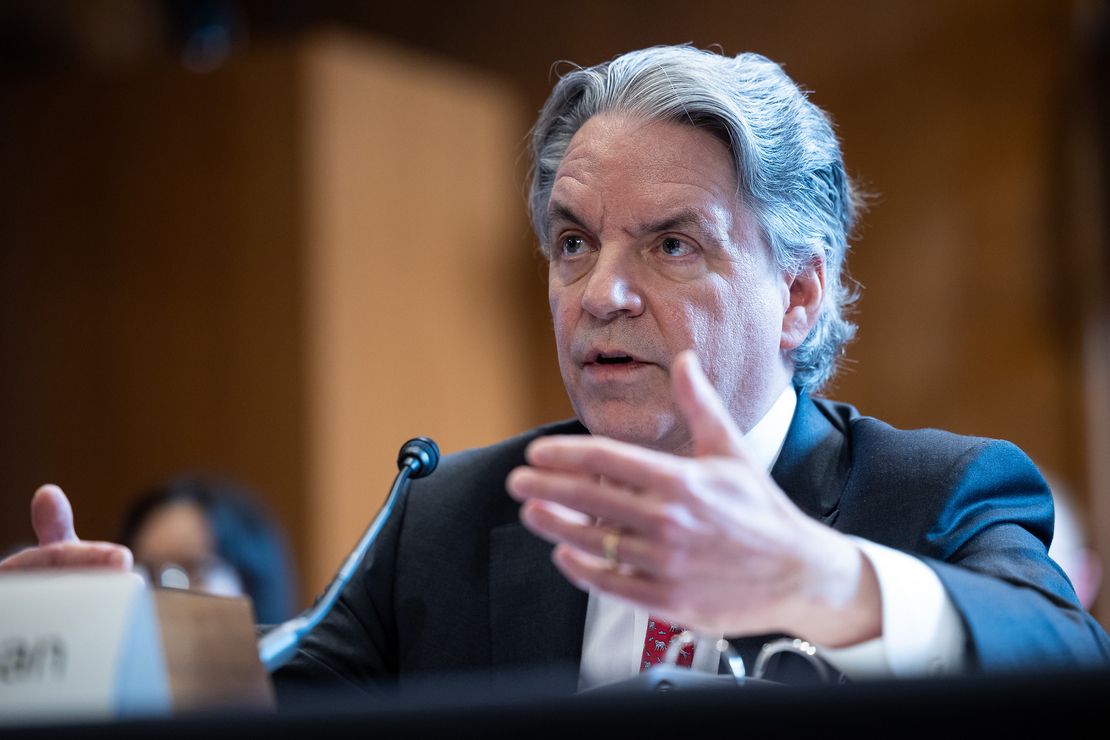 Joe Goffman’s nomination to head EPA’s air office survived a Senate Environment and Public Works Committee vote this morning, but the veteran environmental lawyer now faces a battery of obstacles to winning final Senate confirmation in the remaining weeks of a lame-duck session.

On its fourth try, the 20-member panel deadlocked 10-10 along party lines. The tie means that Senate Majority Leader Chuck Schumer (D-N.Y.) would have to resort to a procedural motion known as a discharge petition to bring the nomination before the full Senate before attempting a final confirmation vote.

At Tuesday’s EPW Committee meeting, Sen. Bernie Sanders, a Vermont independent who caucuses with Democrats, voted in favor of the nomination but warned that he would not back it on the Senate floor unless he first receives a written commitment from EPA related to implementation of a $7 billion provision in the Inflation Reduction Act that he said was intended to spur adoption of residential rooftop solar power for low-income and working-class families.

In an email, EPA spokesperson Khanya Brann later said that the agency is “committed to continuing to work” with Sanders on implementation of the Inflation Reduction Act. Calling Goffman “exceptionally qualified” to lead the Office of Air and Radiation, Brann said, “We look forward to Congress moving forward on his confirmation.”

While the value of confirmation is difficult to pinpoint, it’s generally seen as a plus in dealings with Congress because it provides evidence of Senate backing for individual appointees.

Goffman, a former EPW staffer, has been serving as acting air chief since President Joe Biden took office early last year. Biden then took more than a year, however, to tap him to hold the job on a Senate-confirmed basis.

Following a May confirmation hearing, EPW Chair Tom Carper (D-Del.) then scheduled three separate votes to advance Goffman’s bid, only to call each off when it became clear that too few Democrats would turn out to ensure the nomination’s survival.

After the third attempt fell through in September, both Sanders and Sen. Mark Kelly (D-Ariz.) said they were studying the nomination (E&E Daily, Sept. 30). At the time, neither they nor their press aides offered any specifics.

Two other candidates for other top EPA posts are also awaiting further Senate action on their nominations. David Uhlmann, tapped by Biden to lead the agency’s enforcement office, is awaiting final Senate action after lawmakers agreed 51-39 in August to discharge his nomination from the EPW Committee.

Carlton Waterhouse, chosen to head the Office of Land and Emergency Management, is awaiting a discharge vote after the panel deadlocked 10-10 on his nomination. Like Goffman, both are currently in other jobs at the agency.

At today’s EPW meeting, the committee also approved the nominations of Beth Geer to join the Tennessee Valley Authority’s board, Shailen Bhatt to head the Federal Highway Administration and Juan Sanchez to be federal co-chair of the Southwest Border Regional Commission.