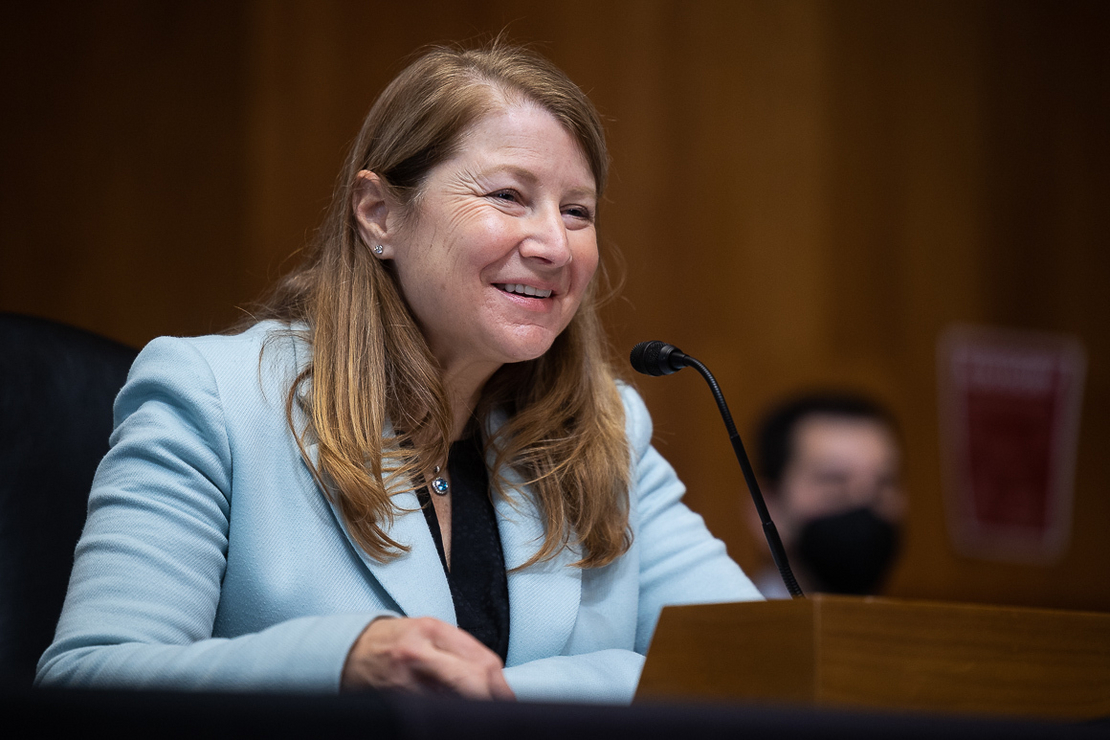 The Senate Energy and Natural Resources Committee this morning delivered a tie vote on Laura Daniel-Davis for a prominent Interior Department position, with every Republican voting no.

And even though Chair Joe Manchin (D-W.Va.) supported Daniel-Davis, as expected, he reiterated his concern about the Biden administration’s oversight of the nation’s fossil fuel reserves.

“I’m not pleased with the state of our leasing programs. I do believe that this direction is coming from, basically, the White House, and the blame should not fall on Ms. Daniel Davis, who is incredibly well-qualified,” Manchin said.

Committee ranking member John Barrasso stressed his own opposition to Daniel-Davis and the administration’s anti-oil policies, which the Wyoming Republican blamed for the nation’s high energy prices (E&E Daily, Feb. 9).

“Her record is clear,” Barrasso said. “She has enthusiastically implemented the Biden administration’s punishing energy policies.”

Republicans forced the administration to renominate Daniel Davis — who currently serves as principal deputy assistant Interior secretary for land and minerals management, and would become an assistant secretary — after the Senate failed to act last year.

The GOP also insisted on a second confirmation hearing, and Manchin obliged (E&E Daily, Jan. 31). The West Virginia Democrat then put a pause on Daniel-Davis because of his own grievances with the administration (E&E Daily, May 24).

Now the Democratic majority will need to discharge the nominee to the Senate floor before moving to cut off debate and then final passage.

Daniel Davis served as chief of policy and advocacy at the National Wildlife Federation before joining the Biden administration last year. She was formerly chief of staff to Interior Secretaries Sally Jewell and Ken Salazar during the Obama administration.

The committee debated the nomination before moving on to a markup on a suite of energy and natural resources bills.

Conservation groups and Democrats have praised Daniel-Davis’ background and experience.

But her position “in the engine room” of the Biden administration’s most controversial decision on federal oil and gas leasing and development has marked her for united opposition from the right, noted Alaska Republican Sen. Lisa Murkowski.

“She may not be the entire source of the problem — maybe she is just one more increment in the infrastructure that is, I believe, imposing high and punitive measures on oil-producing states like Alaska — but we are seeing that spillover effect,” Murkowski said.

The White House instituted a leasing moratorium last year that was later overturned by a federal judge. It has held a bare minimum of lease sales to comply with the order. But another judge overturned a Gulf of Mexico sale, citing improper climate review.

Barrasso said the Interior Department has acted in conflict with the law, bucking the practice of quarterly oil and gas lease sales on public lands and attempting to maintain a moratorium on new leasing onshore and offshore.

“Laura Daniel-Davis has demonstrated that she is part of the problem, not part of the solution,” he said.

Louisiana Republican Sen. Bill Cassidy said that while Daniel-Davis may not be fully responsible for the administration’s direction, “at some point, you got to register your complaint.”

“She becomes the point for that complaint,” Cassidy said.

Sen. Martin Heinrich (D-N.M.) took issue with some of the accusations lobbed by his GOP colleagues, noting that the U.S. federal oil and gas program is currently producing record amounts of fossil fuels and pointing to Russia’s invasion of Ukraine for inflationary energy prices.

Biden, with bipartisan support, banned imports of Russian crude early this year, causing a significant disruption in oil and gas markets, which have also suffered from lack of refining capacity and fractured supply chains in the wake of the Covid-19 pandemic.

“It’s very politically expedient to blame Joe Biden for the inflationary pressures that we’ve seen. But I think all of us bear some responsibility when we stood with Ukraine and said, ‘We are not going to buy Russian oil,’” Heinrich said. “That has an impact, and we are seeing that impact.”