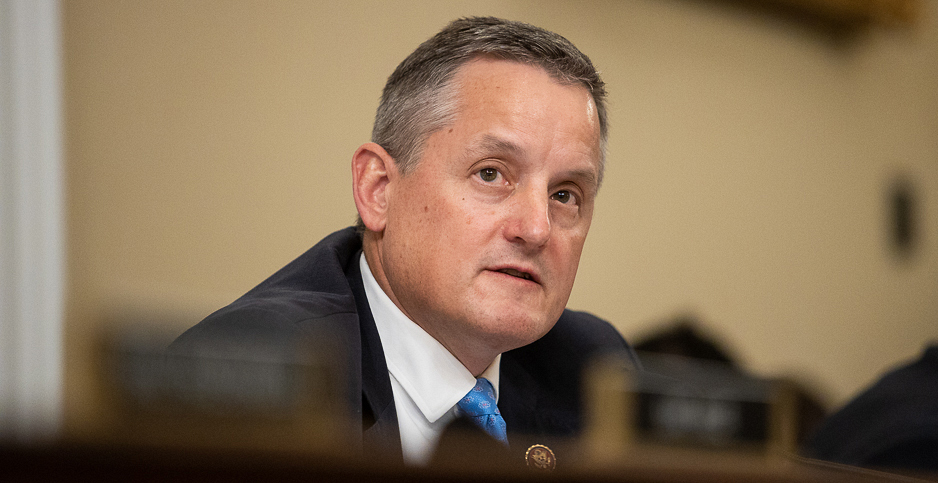 A committee debate yesterday on a sweeping wildlife conservation bill exposed deep partisan divisions that could stymie success on an otherwise bipartisan proposal.

At a markup of the House Natural Resources Committee, Republicans praised the "Recovering America’s Wildlife Act," H.R. 2773, as necessary to combat the biodiversity crisis and prevent future additions to the list of endangered species.

The two parties similarly got no closer to an agreement on a suitable offset for the measure’s nearly $1.4 billion in annual spending, a sticking point a majority of Republicans on the committee said they needed in order to ultimately support the legislation.

It’s unclear what’s next for a bill that supporters have been pushing for more than five years. Advocates on and off Capitol Hill say it would, if passed, constitute one of the most consequential acts of conservation policy in the last century.

Having advanced in the committee yesterday on a 29-15 vote, the bill would likely have the backing to pass in the Democratic-controlled House.

Four Republicans joined 25 Democrats in voting for the bill, which has 151 co-sponsors in the House — 37 of them GOP members. On the Senate bill, S. 2372, there are currently 32 co-sponsors, equally split between the two parties.

However, supporters have said the bill’s fate in the Senate depends on its ability to withstand partisan politics, which likely won’t be resolved without a deal on a pay-for.

The "Recovering America’s Wildlife Act" would amend a 1937 law known as the Pittman-Robertson Act, which provides funding for the restoration and improvement of wildlife habitat and management.

Earlier iterations of the bill relied on revenue from energy extraction and mining activities, but that approach was scrapped in 2019 when Democrats regained control of the House. The current version would provide funding from the general U.S. Treasury, with states required to provide at least 25 percent in matching funds.

In other words, the House bill has no offsets.

‘A bit of caution’

The first, which was rebuffed 17-25, would have instituted a seven-year sunset date to the bill and required the Department of the Interior to find unspent balances within the agency to fund the program.

The second, rejected by a voice vote, would have tapped into the $2.5 billion loan authority for the Western Area Power Administration to develop renewable energy projects — a funding stream created by the Obama-era stimulus law in 2009 that was, in Westerman’s view, “snuck” into the final bill without congressional debate.

Westerman’s third amendment, rejected 17-25, would have included the seven-year sunset date and switched the funding to a discretionary model versus one that would guarantee dollars in perpetuity.

Rep. Debbie Dingell (D-Mich.), who Republicans praised for her efforts to engage with their party on the "Recovering America’s Wildlife Act," promised she would keep working with GOP lawmakers on finding a sufficient funding mechanism.

“I am totally committed to finding that offset before this comes to the House floor,” she said.

However, nobody yesterday suggested that the House might amend its version of the "Recovering America’s Wildlife Act" to conform with the Senate’s proposed pay-for, which would at least partially offset the price tag with fees and fines paid by polluters.

Critics, including Sen. Tom Carper (D-Del.) — chair of the Senate Environment and Public Works Committee — have said the fee approach is both unreliable and untested, and that it needs to change before it can move forward in the Senate.

And House Natural Resources Chair Raúl Grijalva (D-Ariz.) stressed that political differences could complicate the search for a compromise.

“An offset you, my colleagues on the other side of the aisle, find absolutely OK, those on our side find them as not OK [and] go against some fundamental values, that go against our mission as a committee and our charge as a committee,” Grijalva said. “Just a bit of caution.”

Meanwhile, Republicans indicated yesterday they wanted more than just a pay-for as a condition of their support. GOP members of the Natural Resources Committee offered more than half a dozen amendments that would restrict how funds could be used in the "Recovering America’s Wildlife Act" that would undercut bedrock environmental laws Democrats have spent years trying to safeguard.

An amendment from Rep. Matt Rosendale (R-Mont.), defeated 20-24, would compensate private land and business owners for losses related to the designation of a threatened or endangered species under the Endangered Species Act.

And Rep. Lauren Boebert (R-Colo.) sought adoption of an amendment that would have changed the periodic reporting requirement for states receiving funds under the "Recovering America’s Wildlife Act" to detail how certain projects have been hampered by existing federal laws and regulations, including the ESA and NEPA. It was not adopted, 19-25.

“I’d like to see more consideration of Republican amendments,” Boebert said during the committee markup, “because we are trying to get to ‘yes’ for this bill.”

Nine bills were adopted as part of a package by unanimous consent: