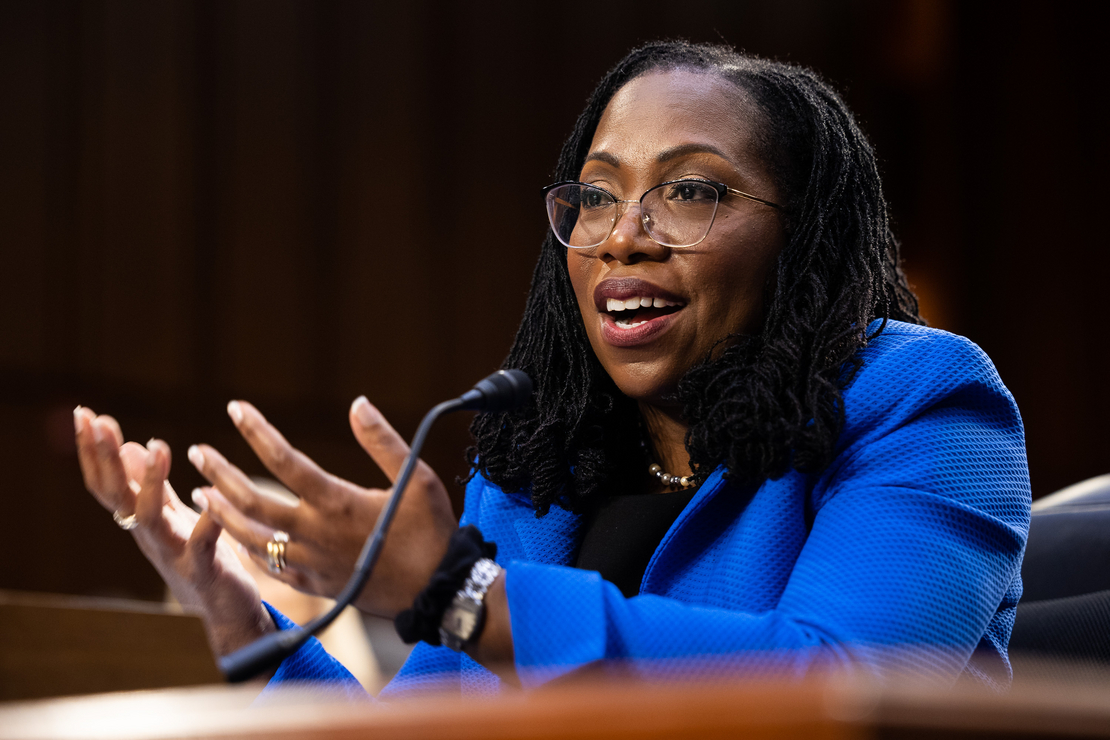 The Senate Judiciary Committee is scheduled to convene today to discuss Supreme Court nominee Judge Ketanji Brown Jackson, but the panel is expected to delay a final vote until next week.

None of the committee’s Republican members are expected to support Jackson’s nomination to a lifetime appointment to the nation’s highest bench, to replace retiring Justice Stephen Breyer.

A tie vote is possible, which would require the Senate Democratic majority to invoke special procedures before a final confirmation vote. Those procedures haven’t been used for a Supreme Court nominee since the 1800s.

While the committee has scheduled a vote for this afternoon, Republicans have the option of delaying Jackson’s vote by one week, which they are expected to do.

During her confirmation hearings last week, Jackson, 51, faced questions about her judicial philosophy — an important consideration in assessing how she would rule on the environment and other key issues as a Supreme Court justice.

Over the weekend, Sen. Ben Sasse (R-Neb.), who criticized colleagues who appeared to be using judicial confirmation hearings for political gain, said he could not support the nominee.

“Although she explained originalism and textualism in some detail to the committee,” the senator said, “Judge Jackson refused to embrace them or any other precise system of limits on the judicial role.”

Jackson also faced partisan attacks on the influence of dark money groups on the federal courts, discussions of racism in K-12 schools and her sentencing practices in child sex abuse cases (Climatewire, March 24).

Sen. Lindsey Graham of South Carolina, a member of the Judiciary Committee who was one of the Republican lawmakers to support Jackson’s nomination to the U.S. Court of Appeals for the District of Columbia Circuit last year, appeared unlikely to back her for the Supreme Court.

He claimed that groups like Demand Justice and consulting firm Arabella Advisors had influenced President Biden to choose Jackson over another Supreme Court short lister, Judge J. Michelle Childs of the U.S. District Court for the District of South Carolina (E&E Daily, March 23).

Childs is currently awaiting confirmation to the D.C. Circuit, which is considered the second-most prominent court in the nation.

Sen. Cory Booker (D-N.J.), a member of the Judiciary Committee, said on NBC’s “Meet the Press” that the GOP’s treatment of Jackson was “outrageous and beyond the pale.”

Sen. Rob Portman (R-Ohio) said, “This is not attacking her personally. By the way, I found her bright and personable when I met with her. She’s obviously a historic choice for the court. But I don’t think it’s wrong to go after her record. I mean, that’s what we should be doing in these hearings.”

Jackson is set to meet with moderate Republican senators like Mitt Romney of Utah, who might be willing to cross party lines to vote in favor of confirmation (E&E Daily, March 25).

Joe Manchin of West Virginia, the Senate’s most conservative Democrat, said last week that he would support Jackson’s nomination. His backing likely ensures that Jackson will receive votes from all of the chamber’s Democrats. The party holds a narrow 50-50 majority and can use Vice President Kamala Harris as a tie-breaking vote if necessary (Greenwire, March 25).

Susan Collins of Maine and Lisa Murkowski of Alaska, the other two Republican senators who supported Jackson’s D.C. Circuit nomination, said they would wait until after the Judiciary Committee hearings to decide on their vote for her Supreme Court seat.

Jackson, who holds bachelor’s and law degrees from Harvard University, has been a federal judge since 2013, serving on the U.S. District Court for the District of Columbia before moving to the D.C. Circuit. She was previously a public defender, a U.S. Sentencing Commission member and an attorney in private practice.

She would be the first Black woman to be a Supreme Court justice.

The Judiciary Committee will also consider the following nominees: