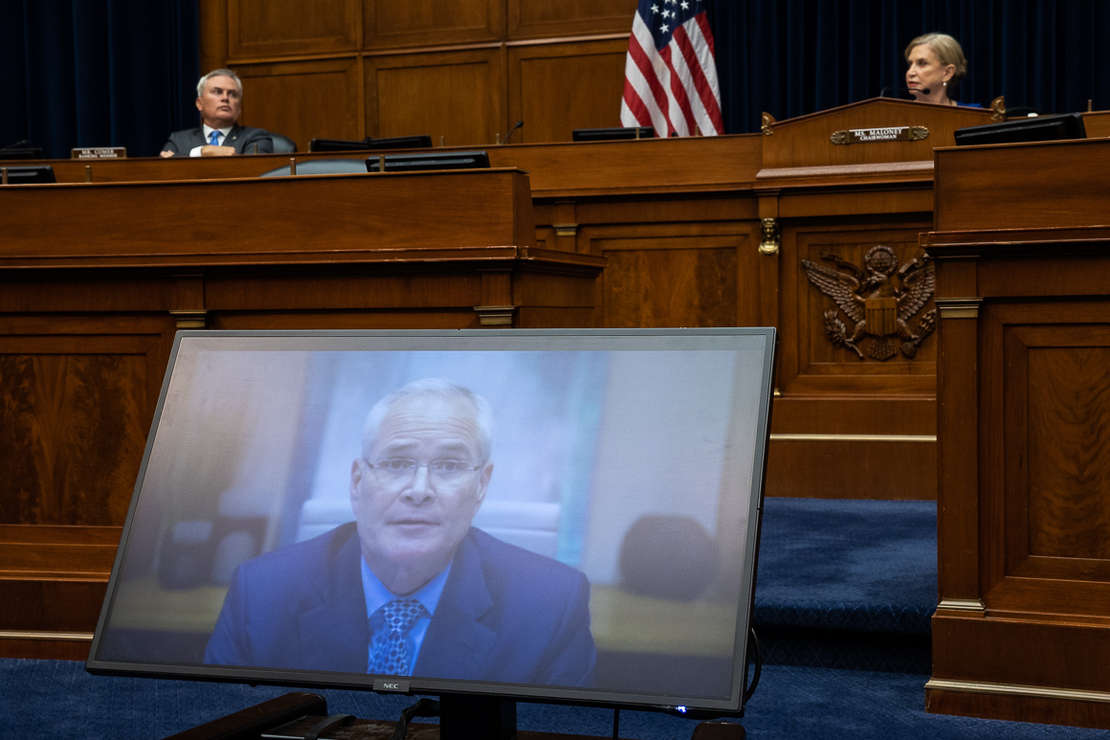 Lawmakers are preparing for a week of bare-knuckle brawls on gasoline prices and energy policy, with several hearings scheduled on the issues, including one with top oil and gas executives set to attend.

The hearings follow months of partisan bickering over gasoline prices and the merits of more drilling on federal land. The last time average gasoline prices were higher than $4 a gallon was in 2008.

Any bipartisanship is unlikely this week, with lawmakers looking to posture ahead of the midterm elections and most Democrats and Republicans having starkly different views about how to give consumers relief.

The average price at the pump is $4.19 nationwide, according to AAA. That number is down nearly five cents as the administration prepares to release more supply into the market.

“That’s why the president took the actions he took this week to release a million barrels a day from the Strategic Petroleum Reserve, to tell the oil companies they either need to pump oil on the 9,000 permits they have or give them back for others to do that, to increase production here,” he said. “Those things we think are going to bring down the price of gasoline, relieve some of the pain at the pump.”

Congress also wants its say. Republicans are pressuring Democrats to embrace legislation to promote fossil fuel production on federal lands and waters. Democrats are focusing on accusing energy companies of not taking advantage of existing drilling permits and leases, and rejecting the need to address rising prices.

The arguments will perhaps be felt most during the Energy and Commerce hearing with executives of six of the world’s leading oil and gas companies, including Exxon Mobil Corp. and Chevron Corp.

“While American families struggle to shoulder the burden of rising gas prices from [Russian President Vladimir] Putin’s war on Ukraine, fossil fuel companies are not doing enough to relieve pain at the pump, instead lining their pockets with one hand while sitting on the other,” said E&C Chair Frank Pallone (D-N.J.) and Oversight Subcommittee Chair Diana DeGette (D-Colo.) in a joint statement last week.

The hearing may not pack the same punch as previous ones. A big factor will be the format. Executives are scheduled to appear virtually, a medium that blunts the visual effect and intensity of hearings.

Republicans will likely use their time to air grievances about Democratic policies and encourage executives to support GOP claims.

“It’s no surprise that prices keep going up because it’s President Biden, not Vladimir Putin, who has shut down production in America, who has not approved a new permit for any kind of pipeline — not just Keystone [XL] — any kind of oil and gas pipeline in America, no new leases for exporting [liquefied natural gas] to our friends around the world,” said House Minority Whip Steve Scalise (R-La.) in an appearance on Fox News over the weekend.

The House Foreign Affairs Committee had scheduled a closed briefing on energy security. Russia’s invasion of Ukraine is not only scrambling markets. Europe could end up without key supplies.

The president announcing a pledge to export more natural gas to Europe did little to sway the opposition. Republicans, for example, are urging the administration to return to regular lease sales onshore and offshore.

Transportation and infrastructure Committee Republicans will hold a forum tomorrow on what they called the current energy crisis. Witnesses include notable fossil fuel industry advocates.

“Since the very first days of this administration, the president and the majority have ignored the reality of America’s energy needs, pushing their policies to slow or block domestic energy production, safe and efficient energy transportation, and timely infrastructure project approvals,” said ranking member Sam Graves (R-Mo.) in a statement.

“Once the harsh reality and impacts of their decisions hit, they started blaming everyone else for the results,” said Graves.

The Senate Commerce, Science and Transportation Committee will also have a gasoline price hearing this week. Chair Maria Cantwell (D-Wash.) is hoping to host energy executives in person at a later date.

Beyond getting oil and gas companies to take advantage of existing permits, Democrats are discussing other actions like punishing oil companies that don’t use their leases. Policies to help Americans foot the bill for energy prices are also under discussion (E&E Daily, April 1).

Some Democrats are pushing legislation — including S. 3933 and S. 3802 — to implement new taxes on windfall profits. One key backer is Senate Budget Chair Bernie Sanders (I-Vt.), who is holding a hearing on inflation and corporate greed.

Rep. Ro Khanna (D-Calif.) has supported going after energy companies for high prices. On CNN’s “State of the Union” yesterday, he vouched for the administration’s response.

“Of course people are hurting with gas prices,” said Khanna. “The president is releasing 180 million barrels of oil. We’re talking about buying back into the Strategic Petroleum Reserve to increase short-term production. That is going to address that.”

Schedule: The Senate Commerce hearing is Tuesday, April 5, at 10 a.m. in 253 Russell and via webcast.

Schedule: The Senate Budget hearing is Tuesday, April 5, at 11 a.m. in 608 Dirksen and via webcast.

Schedule: The Transportation and Infrastructure Republican roundtable is Tuesday, April 5, at 2 p.m. in 2167 Rayburn and via webcast.

Schedule: The House Energy and Commerce hearing is Wednesday, April 6, at 10:30 a.m. in 2123 Rayburn and via webcast.