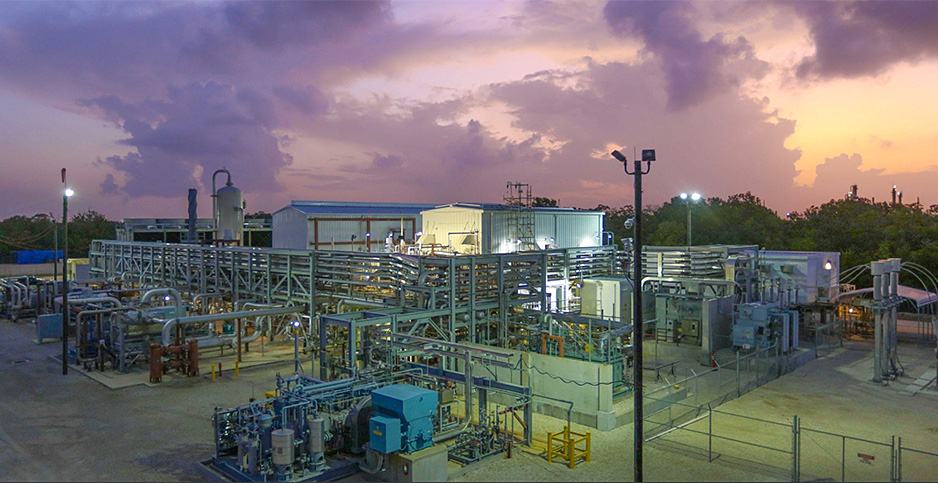 Colorado and Illinois are slated to host the world’s first emissions-free gas power plants, according to an announcement yesterday from a clean technology company.

Unlike at a conventional natural gas plant, the energy startup’s technology burns natural gas with pure oxygen, instead of the air, only producing carbon dioxide and water as byproducts. Most of the CO2 is reused as part of Net Power’s four-step cycle, with the excess CO2 captured and "pipeline ready" for underground storage.

Founded in 2010, Net Power achieved "first fire" in 2018 at its testing facility outside of Houston, which the company says validated the technology (Greenwire, May 31, 2018).

8 Rivers is a co-owner of Net Power and is developing each of the projects with separate parties. Both plants would be connected to the grid, according to the developers.

"If this thing works, the job of decarbonizing the U.S. power sector gets a whole lot easier," Powell said yesterday, adding that the "major hurdles are really behind these projects."

Net Power said it plans to license out the technology. Natural gas makes up roughly 36% of total U.S. electricity generation, according to the U.S. Energy Information Administration.

Deepika Nagabhushan, program director of decarbonized fossil energy at the Clean Air Task Force, said in a statement that it’s exciting to see another "carbon capture technology company working to develop projects to supply zero-carbon firm power, which we know is going to be key to achieving [a] net-zero carbon electricity grid."

One of the plants is being built with Archer-Daniels-Midland Co., or ADM, a Chicago-based food and feed processing company.

That facility is slated to get built near an ADM biofuels processing complex in Decatur, Ill., with plans to store captured CO2 a mile and a half underground via ADM’s existing carbon sequestration wells, according to the company.

"We’re excited for the opportunity to integrate our Decatur operations — and particularly our world-class carbon capture and storage facility — with this groundbreaking new zero-emission power plant, and we look forward to exploring other ways that we can support this project," said Veronica Braker, ADM’s senior vice president of global operations, in the announcement.

That project, known as the Coyote Clean Power Project, will be located inside the Southern Ute Reservation in Colorado.

Shane Seibel, the growth fund’s executive director, said the partnership with 8 Rivers will allow the tribe to "continue its leadership of energy development in Indian Country and to participate in solutions for transitioning to a carbon neutral environment by providing clean and affordable baseload power in Southwest Colorado," according to the announcement.

Brandon Heffinger, Net Power’s chief development officer, said that while the cost of each plant will vary depending on the project, "each of the power plants is expected to cost more than $500 million."

"NET Power expects its utility-scale plants to have a levelized cost of electricity that is competitive with existing [combined cycle gas turbine] plants," Heffinger said in an email.

Both projects are working to achieve a final investment decision sometime next year, according to each respective announcement.

Powell at ClearPath also noted that the projects could use the federal 45Q tax credit, which provides a credit per ton of sequestered CO2.

First-of-a-kind plants are "always a bit more expensive when they’re commercial-scale," he said, so using 45Q can "do a lot to help defray those first-of-a-kind costs."