Companies, not FDA, approve most chemicals in food 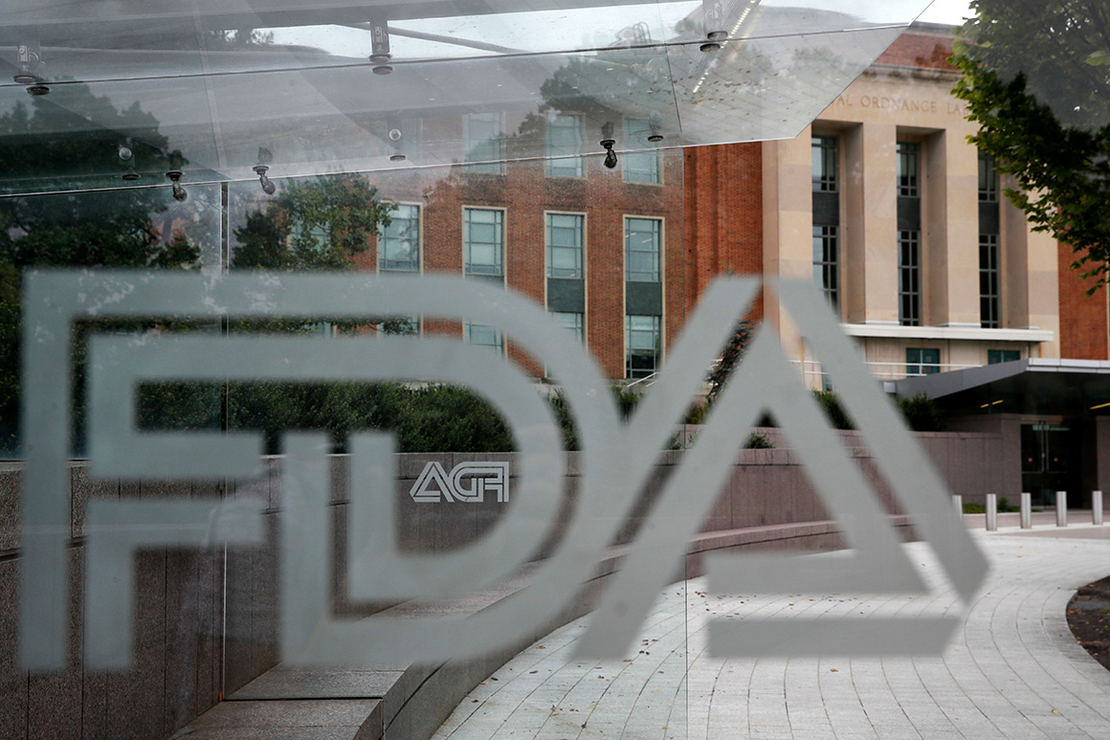 The Food and Drug Administration building. A new report questions a loophole in laws governing FDA that allows chemicals that are "generally recognized as safe" by their manufacturers to avoid FDA oversight. Jacquelyn Martin, File/AP Photo

Roughly 99 percent of chemicals added to food since 2000 were approved for use by the chemical and food industry — not federal regulators — according to a new analysis from the Environmental Working Group.

The analysis takes aim at a little-known loophole in laws governing the Food and Drug Administration that allows chemicals that are “generally recognized as safe” by their manufacturers to avoid FDA oversight. Originally intended to cover widely used ingredients like flour, vinegar and sugar, the loophole, known as GRAS, has been stretched over time to include human-made compounds that manufacturers say are safe for use in food.

Under GRAS, manufacturers determine new chemicals are safe to put in the food supply and then choose whether or not to tell FDA about the decisions, often leaving FDA in the dark about compounds being added to food.

GRAS is not the only regulatory option available to companies. They can also file something called a “food additive petition” with FDA asking the agency for permission to add a chemical to food. That process involves a rigorous agency review of the science showing a chemical’s safety and a notice posted in the Federal Register about FDA decisions.

But when the Environmental Working Group reviewed petitions and GRAS notifications filed since 2000, they found the overwhelming majority of chemicals — some 756 out of 766 — were added to the food supply via GRAS, not through the more stringent petition process.

“This is just a process that is fundamentally broken,” EWG legislative attorney Melanie Benesh, who conducted the review, told E&E News. “It is frankly terrifying that for over 20 years nearly 99 percent of new chemicals have been added to our food supply it has been industry deciding what is safe, not FDA.”

EWG’s analysis doesn’t show the full picture of chemicals added to the food supply without FDA review because the environmental health nonprofit could not track how often companies choose not to notify FDA of new chemicals they determine are safe.

Some of the chemicals “recognized as safe” by industry are considered harmful by health authorities.

Take for example butylated hydroxyanisole, known as BHA, which the European Union classifies as an endocrine disrupter and the National Toxicology Program calls “reasonably anticipated to be a human carcinogen.” Still, it is used in a variety of foods, including potato chips and preserved meats, thanks to the GRAS process.

“It is shocking to most people that the food industry is by and large deciding what is safe for chemicals we feed to our children every day,” Benesh said.

It’s not just health advocacy groups who say GRAS is not protective of public health: The Government Accountability Office twice examined the GRAS process, once in 1980 and again in 2010. Most recently, the watchdog concluded, “FDA’s oversight process does not help ensure the safety of all new GRAS determinations.”

An FDA spokesperson defended the GRAS process to E&E News, saying the agency “can question the basis for an independent GRAS conclusion and take action as appropriate.”

She also noted that chemicals approved through the GRAS process must meet the same standards as those that FDA approves through food additive petitions: that there is a “reasonable certainty of no harm under the intended conditions of use.”

What’s more, FDA rarely uses its enforcement authority to act when food additives approved under GRAS turn out to be dangerous. The most prominent example comes from nearly a decade ago when FDA took action against four manufacturers of caffeinated alcoholic beverages like Four Loko after a number of deaths and hospitalizations occurred. FDA ultimately determined the caffeine in those instances was an “unsafe food additive,” leading to the beverage being removed from store shelves nationwide (Greenwire, March 7).

The agency has not taken similar action on human-made chemicals with more chronic health effects.

The FDA spokesperson also noted that GRAS rules only allow a company to take the chemical straight to consumers if the scientific information supporting their safety is “generally accepted by the scientific community” and if it has been reviewed by qualified experts.

That’s true, but there are no restrictions on who those experts can be and if they can be paid by manufacturers. In fact, one peer-reviewed study of GRAS notifications to FDA between 1997 and 2012 showed all experts involved were associated with additive manufacturers whose products they were reviewing, often working directly for the companies or for their hired consultants or industry trade associations.

In its analysis, EWG highlighted the Flavor and Extract Manufacturers Association as an example of “industry insiders” that make GRAS determinations on behalf of members and highlighted seven flavor ingredients health groups successfully petitioned FDA to ban in 2018 that the association had previously decided were safe.

But the association’s director of marketing and communications, Anna Carver, says EWG is cherry-picking examples and correctly noted that, though FDA did ban the seven flavor ingredients in 2018, the agency explicitly stated at the time that it believed the chemicals were safe, saying that studies finding the chemicals were carcinogenic in animals could not necessarily be applied to human exposure through foods because “their use results in very low levels of exposures and low risk.” The agency concluded at the time, “As such, the FDA is only revoking the listing of these six synthetic flavorings as a matter of law.”

Carver also said the association’s expert panel “does not simply ‘rubber-stamp’ flavor ingredients,” saying the panel “operates independently” from the association and has “strict conflict-of-interest protections” in that self-appointed members are not allowed to rule on products of companies they have previously worked for and don’t know which companies are backing chemicals they review.

“The mission of the FEMA Expert Panel is to protect the public health through the effective safety evaluation of flavor ingredients using the best available scientific procedures and information,” she wrote in an email.

A push for new rules

The analysis comes as EWG and other environmental health groups have been pushing Congress to rewrite the law to close the “GRAS loophole.”

In 1969, President Richard Nixon ordered a review of the GRAS process after safety concerns were raised about a class of human-made sweeteners. In response, FDA started a petition affirmation process where companies would have to submit information to FDA about all GRAS food contact substances.

But by the 1990s, FDA decided that process was too resource-intensive and proposed the current GRAS regime allowing companies to make their own conclusions about food additive safety without even notifying the agency. Health groups sued over the rule when it was finally implemented just a few years ago, but a federal judge ruled in FDA’s favor last fall.

Prior to the ruling, FDA has presented data in court filings showing that the agency had received more GRAS notifications in the years since proposing its regulation than it had prior to the 1990s — with notifications increasing from an average of eight per year before the rule to an average of 34. That information persuaded Judge Vernon Broderick, of the U.S. District Court for the Southern District of New York, though there is no way of knowing how many chemical manufacturers have added to the food supply under GRAS without telling FDA about it during the same time frame.

Ultimately, Broderick also ruled that even if he struck down the regulation, companies would still be able to determine food additive safety on their own because federal law does not specifically prohibit the practice.

That ruling set the stage for the current legislation being proposed today.

“What is happening today is not what Congress imagined when it created food chemical law in 1958,” said Scott Faber, EWG’s senior vice president of government affairs. “Congress never imagined it would be the chemical companies that would decide whether 99 percent of chemicals were safe.”