Companies race to count CO2 ahead of SEC climate rule 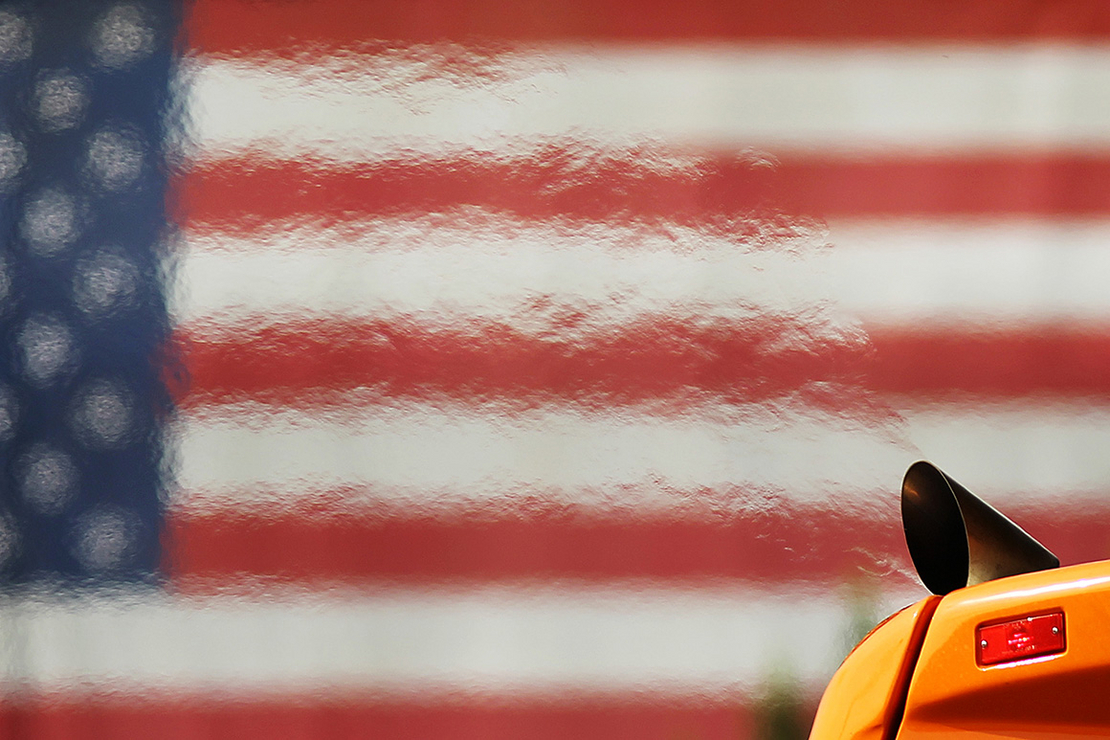 Heat waves emanate from the exhaust pipe of a bus as it passes an American flag in Los Angeles. David McNew/Getty Images

Early-stage software companies that calculate corporate carbon emissions are experiencing a boom in interest from businesses that will soon be required to disclose their planet-warming gases.

The Securities and Exchange Commission proposed rules in March that would require public companies to report information about their climate-related financial risks and greenhouse gas emissions. While many companies voluntarily disclose some of those details, the rules would raise the stakes by requiring them to ensure the data they provide is consistent, accurate, and — in some cases — can stand up to scrutiny from outside groups.

That’s where the software companies come in.

The universe of carbon accounting startups has taken off in the last several years as investors, regulators and companies themselves clamored for more information about corporate exposure to climate-fueled risks.

Now, those same players are jockeying for market share as the SEC inches closer to asking businesses to report the full extent of their emissions.

“If you dive into the details of the SEC proposal, large accelerated filers, meaning big companies, will have to start measuring next year’s emissions to report in their financials in the following year, so 2024. So really they have a very short runway to get their act together,” said Tim Mohin, the chief sustainability officer at Persefoni, a leading carbon accounting software company.

“We’ve gotten lots of calls from these large companies saying, ‘Tell us about what you do and how we can work with you,’” he added. “It is clearly the time to prepare, and companies see that signal.”

So what exactly are the startups trying to do?

It depends on the company. But at a high level, they’re developing specialized software that aims to streamline and automate the laborious and data-intensive process to calculate the carbon emissions produced by corporate offices, employees, suppliers, customers and more.

Some of the leading companies are collecting, organizing and tagging their customers’ operational and financial data, as well as data sets of “emissions factors” from government agencies and other groups. These emission factors provide estimates of the greenhouse gas emissions that result from purchased electricity, distance traveled or fuel combustion.

The software then uses those numbers to spit out a final figure that attempts to encapsulate total emissions based on, for instance, dollars spent on air travel, ground transportation of products and other activities.

That marks a major departure from how many companies that already calculate their carbon emissions are handling the issue.

“The way it’s being done now, it’s really labor intensive, it’s kludgy, it’s not accurate. You’ve got people filling out spreadsheets all over the place and then trying to consolidate them into something,” said Robert Eccles, the founding chair of the Sustainability Accounting Standards Board. Eccles also serves as an adviser to Persefoni.

A software solution, on the other hand, can get “down to the transactional level so the degree of completeness, of rigor, of auditability is just much greater,” Eccles added. “And because it’s software, it’s cheaper than paying a bunch of people.”

Corporate executives appear to be aware of the opportunity, according to Deloitte. In a recent survey of 300 finance, accounting, sustainability and legal executives, 92 percent of respondents indicated their organizations need to “invest more in technology to address demand for consistent and reliable measurement, reporting, and disclosures.”

Every emissions accounting company has its own flare, model and level of detail.

Persefoni, for instance — which was created in 2020 and today has more than 240 employees — says its focus is collecting data and crunching the numbers.

We’re the “TurboTax of greenhouse gas reporting,” Mohin said. “You put in basic information about your income, you get your tax return. It’s the same here. You apply that transactional information from the company and then we provide the greenhouse gas inventory across all three scopes.”

Another company called Watershed focuses on both carbon accounting and helping companies form long-term plans to reduce their emissions. Taylor Francis, the company’s co-founder, said in an email that two factors distinguish Watershed from its competitors.

First, the company says it doesn’t just rely on industry averages, it also seeks out more detailed emissions numbers for every business activity, “often specific to the supplier and the carbon impact of their unique practices,” Francis said.

“For example, we’ve helped Sweetgreen measure the carbon footprint of the cheese in its salads based on the agricultural practices of the creameries it buys from,” he added.

And second, the company works as a consultant to help businesses reduce their emissions once they’ve measured them. That includes buying clean power, funding carbon removal, and changing materials and ingredients.

“We think it’s not enough to merely report your carbon graph; businesses need to bend their carbon graph to zero,” Francis said.

According to a recent report by Forrester, a technology consulting firm, Persefoni and Watershed are among the leading players in the space. Of 14 different companies that provide “sustainability management software,” the report said Persefoni is the “best fit for companies that need to operationalize GHG accounting,” and Watershed is the “best fit for companies with complex supply chains.”

Additional leaders are Salesforce, which is not a startup but does have a “net-zero cloud” service; OneTrust, which focuses more on climate risk management; and Sinai Technologies, which Forrester said is a good fit for companies hoping to develop a long-term emissions reduction strategy.

There are other companies that didn’t make the list but offer similar services amid rising demand for emissions accounting software. Among them is a company called nZero, which got its start about four years ago but didn’t go to market with its product until 2021.

The company touts what it calls a unique “24/7 approach” to calculating corporate emissions. According to nZero CEO Adam Kramer, that means they built a data model that factors in the differences in emissions output and intensity at different points throughout the day, rather than relying on industry or activity averages.

He pointed to a Las Vegas-based customer in the hospitality sector, which — like many companies — had been calculating the carbon output associated with its electricity use by taking its annual energy consumption and multiplying it by the average carbon intensity of the grid, as reported by the U.S. Energy Information Administration.

“What we did is say, ‘Hey, let’s look at your actual energy consumption on an hour by hour basis over that previous year, over that 8,760 hours, and then we’re going to take our grid data and tell you what the generation is and what the carbon intensity was of that grid over each hour of the day,’” Kramer said.

The company’s software found that its client was vastly underreporting its carbon footprint, because it hadn’t accounted for its high levels of energy use at night — when Las Vegas’ grid is the most carbon intensive. That type of information, the company argues, allows for more accurate accounting.

NZero currently has around 60 employees. But Kramer anticipates that number will more than double by the end of this year, given rising demand for its services in the U.S. and abroad.

“Since the SEC announcement, we’ve had a lot of inbound traffic,” Kramer said.

Once finalized, the SEC rule will make it clear what types of information public companies must disclose, when they must disclose it and whether outside groups such as auditors will need to review it. But observers do not expect the agency to develop or release accounting standards that guide how companies should go about collecting and calculating that information.

In that way, neither the agency nor the startup companies themselves are addressing a key obstacle: that a range of greenhouse gas accounting methodologies already exist — but aren’t harmonized, said Nicole Labutong, principal with the Rocky Mountain Institute’s Climate Intelligence Program.

While some of those methodologies rely heavily on high-level data and industry averages that offer little insight into the emissions associated with particular suppliers and even products, others are more granular, but might skip over certain asset classes or types of products.

The startups are “collecting as much data as possible, they’re filling in most of the gaps with emissions factors and other estimations,” Labutong said. “But if you don’t calculate everything correctly or consistently then that still lends itself to a wide range of error for any particular organization.”

Addressing that issue will ultimately fall to outside groups such as the International Sustainability Standards Board, or ISSB. The board was created last year amid global climate talks in Glasgow, Scotland, to form a “comprehensive global baseline of sustainability disclosures” to cut through the wealth of standards and frameworks that already exist.

As Eccles sees it, once the SEC finalizes its reporting requirements and the ISSB and other organizations set in stone harmonized carbon accounting standards, the startups would update their software to align with those expectations and ground rules — providing a critical service for companies that are required to comply.

“Now, you’ve got the conditions to kind of create a new category of software firm,” Eccles said.

“They’ll have different models, but by having a standard for carbon reporting, all of these firms will be competing with each other around how to implement a common standard.”