Company suspected of using plant closures to get subsidies 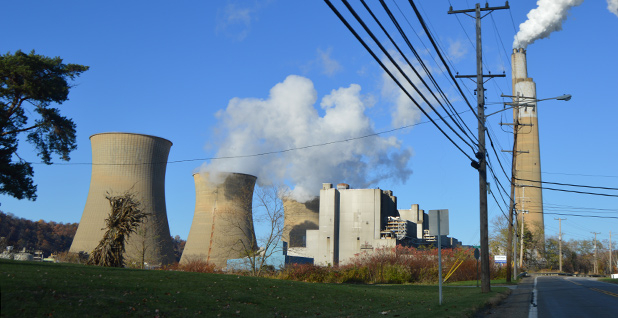 The proposed plant retirements of Bruce Mansfield in Pennsylvania and W.H. Sammis in Ohio add fuel to the debate surrounding coal plant closures. The massive facilities are in politically important states, and they buy coal from Murray Energy Corp., an Ohio mining company led by a Trump confidant. The political backdrop prompted some analysts to wonder if last week’s announcement was designed to prompt a response from the Department of Energy, which is considering a plan to head off premature closures by subsidizing the use of coal.

"We’ve been walking very close to the edge of a reliability crisis. I think there are people who would argue that we’re there," said Conor Bernstein, a spokesman for the National Mining Association, a trade group. "The urgency increases with every new announced retirement."

There is more consensus on this: The closures would have sweeping consequences for Eastern coal companies. The three facilities are major buyers of northern Appalachian coal, said Seth Schwartz, president of Energy Ventures Analysis, the firm hired to conduct NMA’s study.

FirstEnergy’s announcement comes at a time when DOE efforts to craft a plan to provide subsidies to ailing plants appear to have stalled. The Energy Department has weighed whether to use the Energy Policy Act and Defense Production Act to help distressed baseload facilities. Yet DOE has no timeline for rolling out its latest rescue plan (Greenwire, Aug. 22).

This isn’t the first time a power company has threatened government officials with plant closures. In 2016, Exelon Corp. warned Illinois lawmakers that it would close two nuclear plants if the state did not step forward with financial incentives. (The state ultimately did.)

The closures are significant for other reasons. FirstEnergy’s coal plants are among the largest in America. Bruce Mansfield and Sammis together account for almost 4 gigawatts of coal capacity, or about 1.5 percent of the total American coal fleet.

Then there’s the issue of the plant’s primary supplier, Murray Energy. The Ohio-based coal mining company has gone out of its way to try and keep FirstEnergy’s coal fleet humming, even agreeing to haul coal ash from Bruce Mansfield at below-market rates as part of a bid to keep the plant burning coal.

Bob Murray, the company’s CEO and a Trump confidant, said last year that his firm would go bankrupt if FirstEnergy were to pull the plug on its coal plants. He has since backed away from that claim — and remained notably mum since FirstEnergy’s announcement last week. A Murray spokesman declined comment for this story.

Murray has sought to block the cancellation, saying it would cost the coal company $3 billion. Murray has also asked the bankruptcy court to terminate the coal ash hauling agreement, saying it only agreed to provide those services in exchange for FirstEnergy’s purchase of coal.

The plant closures are over the horizon. Their retirement would have to be approved by PJM Interconnection, the grid operator in Ohio and Pennsylvania, to determine if shutting them down compromises the region’s power supply.

Aldina, the S&P analyst, doesn’t expect PJM to come to the facilities’ rescue. The pair of plants have seen their usage plummet in recent years, with their run times falling from over 50 percent in 2016 to roughly a third in 2017. Bruce Mansfield has also suffered a fire.

"Basically, without some sort of subsidization, the plants would be likely to close," Aldina said. "That’s why you have to wonder if the announcement is intended to send a message."