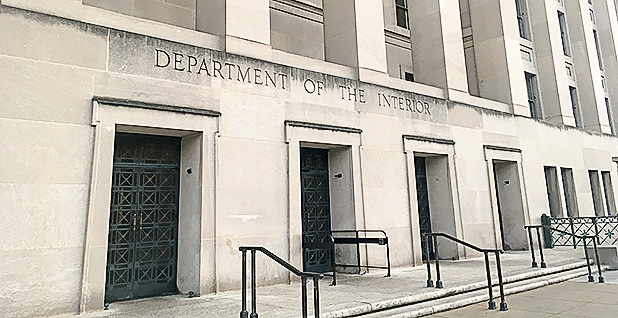 A complaint about alleged sexual misconduct by a Bureau of Reclamation official in the Mid-Pacific Region eventually expanded to include allegations of obstruction, records obtained under the Freedom of Information Act show.

In an investigative report that sheds light despite its redactions, the Interior Department’s inspector general recounts how an unidentified complainant claimed that officials withheld information, attempted to influence witnesses and tried to stop the scrutiny.

"While we did not find evidence of improper involvement to influence or stop the inquiry, we did find that poor communication … created confusion and mistrust regarding the roles and responsibilities of those involved with the inquiry," the IG report states.

The key communication breakdown pitted Reclamation’s Mid-Pacific Region against Interior’s Office of the Solicitor, according to the report. The Mid-Pacific Region spans southern Oregon, northwestern Nevada and California as far south as Bakersfield.

The complications come at a tricky time for Interior, as the department struggles to clean up its work environment, quell harassment and reassure employees that it’s safe to come forward with complaints (E&E News PM, June 11).

Sexual misconduct allegations at Reclamation prompted two competing inquiries in which information was not shared.

The only joint meeting was "tense," and the participants described each other as "smug and arrogant" and "rude and abrupt," according to the IG report.

"However, Reclamation holds its employees to the highest ethical standards and expects all employees to conduct themselves with integrity and professionalism," Curtis said. "We do not tolerate misconduct in the workplace, and Reclamation takes appropriate action when it has been substantiated."

Dated June 7, the eight-page report obtained through a FOIA request disposed of the obstruction claims but not the underlying sexual misconduct allegations, originally lodged in February 2017. The resolution of the latter remains unclear.

The original complaint alleged that the Reclamation official, whose name is blacked out, "engaged in various sexual relationships with regional employees" and that other officials "covered up" the alleged misconduct.

Slightly more than 6 percent of Reclamation employees surveyed last year reported being subjected to sexual harassment, a lower rate than for a number of other Interior agencies (Greenwire, Dec. 14, 2017).

The follow-up complaint, filed in October 2017, charged that an individual from Interior’s Office of the Solicitor sought to "obstruct" Reclamation’s administrative inquiry into the official’s behavior.

The IG investigators subsequently determined that two officials questioned during Reclamation’s inquiry "omitted information from their testimony" and "did not provide" two requested documents, including a previous administrative inquiry report.

The omitted information concerned "two women who were rumored to have had a romantic relationship" with the official and a woman who "received unwanted text messages after they had broken up," according to the IG.

The officials explained their omissions as having been intended to protect privacy and avoid spreading rumors.

A representative from the Interior solicitor’s office told the IG she only requested that Reclamation "temporarily stop" the administrative sexual misconduct inquiry while she "learned more details." The inquiry later was resumed.

"She had recommended that bureaus within DOI avoid conducting internal sexual misconduct investigations and that these types of investigations be outsourced to ensure an objective and transparent investigation," the IG recounted.