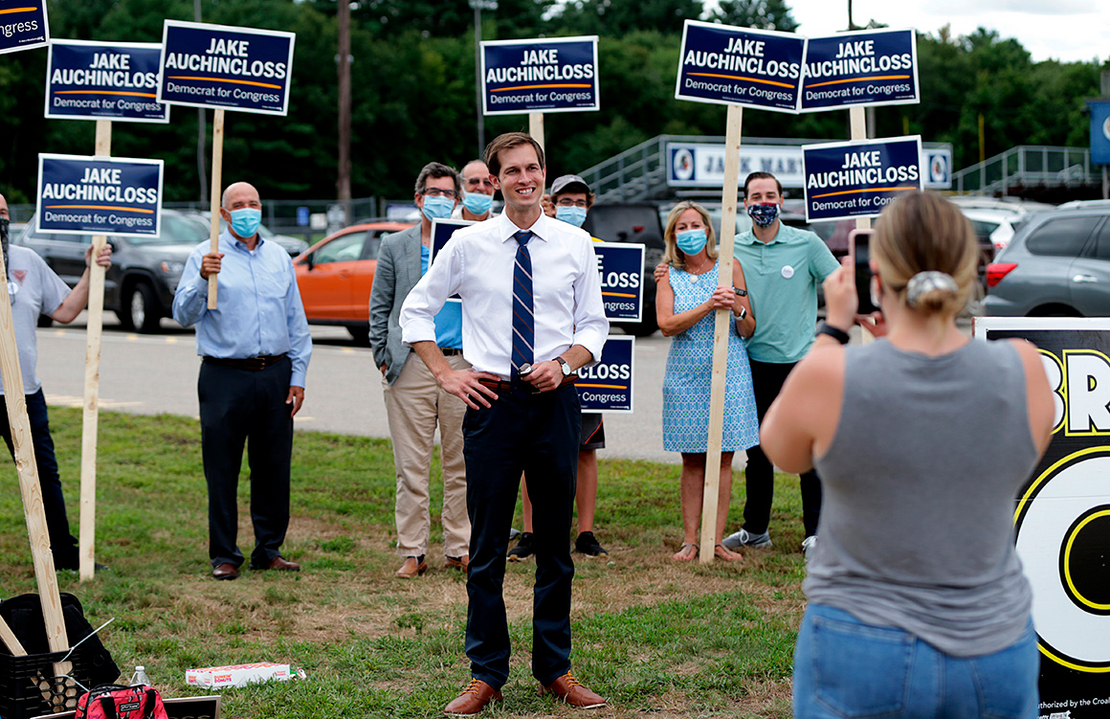 Members of Congress used earmarks to steer millions of dollars to affluent, largely white communities through a federal climate-mitigation program that is supposed to prioritize helping disadvantaged communities, an E&E News analysis shows.

FEMA is aiming to give more of its climate-mitigation grants to underserved and at-risk communities, saying they are disproportionately affected by intensifying storms, heat waves, flooding and other effects of climate change.

But lawmakers directed FEMA to give millions of dollars in grants to some of the richest and whitest communities in their districts. Earmarks were included in the annual spending package for the first time since 2011.

Rep. Seth Moulton (D-Mass.) got $2.25 million for Newburyport to rebuild a coastal retaining wall that protects the city’s downtown and a waterfront boardwalk. A city of 18,000 on Massachusetts’ exclusive North Shore, Newburyport has a median household income of $111,000 and a population that is 93 percent non-Hispanic white, according to census figures.

The median household income nationwide is $65,000 and the U.S. population is 60 percent white.

Press officers for both Moulton and Buchanan did not respond to a request for comment. Other lawmakers defended their earmarks for affluent, largely white towns, saying the funding will help some disadvantaged areas.

Rep. David Price (D-N.C.) said in a statement that his $2.175 million earmark for Wake Forest to repair a reservoir dam will protect both the town and downstream communities from flooding. Wake Forest, a town of 48,000 people in eastern North Carolina, has a median household income of $100,000 and is 70 percent white, though the downstream communities are less affluent and more diverse.

Lawmakers included a total of 68 earmarks worth $154 million for FEMA’s climate-grant program in the Homeland Security spending bill. The program, called Building Resilient Infrastructure and Communities, or BRIC, has $1 billion to give this year to states and localities for projects that build long-term resilience to hazards including flooding, wildfire and storms.

The BRIC program is highly competitive and central to the federal effort to address climate change, which raises questions about the fairness of earmarked projects. FEMA received applications this year seeking a total of $4.2 billion in BRIC grants — more than four times as much money as the agency has available to distribute.

Earmarks mean BRIC “is not a competitive program anymore, so you’re not rewarding projects based on their merit and the criteria that are established every year,” said Carlos Martín, an expert on disaster policy at the Brookings Institution.

“Places that don’t need the resources and are exerting power on their congressional delegation,” Martín said of affluent communities that won BRIC earmarks.

FEMA revised its selection process for BRIC grants last year after the agency faced criticism for giving most of the money in 2021 to affluent coastal states such as California, Maryland and New Jersey. The largest single grant last year was a $50 million award to Menlo Park, Calif., a rich Silicon Valley city that is home to Facebook headquarters.

The new process, effective this year, adjusts the scoring system that ranks grant applicants and gives points to projects that benefit disadvantaged communities. FEMA has a broad definition of a “disadvantaged community” that includes not just low-income areas but also areas with high housing, energy or transportation costs, and areas facing disproportionate impacts from climate change.

BRIC is one of 21 programs the administration chose as the first to implement Biden’s Justice40 initiative, which directs at least 40 percent of climate and energy “investment benefits” to disadvantaged communities.

Matt Corridoni, a spokesperson for Rep. Jake Auchincloss (D-Mass.), said the two affluent, largely white communities for which Auchincloss got BRIC earmarks “were deemed disadvantaged” by Congress and the administration. Corridoni did not provide documentation of the designation after a reporter made several requests.

A total of $25 million of BRIC earmarks are going to communities that have a median household income of at least $90,000 or a population that is at least 90 percent white, E&E News’ analysis shows. More than 93 percent of that money is from earmarks sponsored by Democrats or independents aligned with Democrats.

Martín of Brookings said the earmarks would not prevent the BRIC program from meeting the spending goals under Justice40.

Many BRIC earmarks went to communities with low income levels, a large minority population or both.

Rep. Al Lawson (D-Fla.) got $4.7 million to establish a disaster shelter in Gadsden County, where the median household income is $41,000 and 56 percent of the residents are Black.

Rep. Brad Schneider (D-Ill.) got $7.8 million for storm sewer improvements in North Chicago, which has a median household income of $43,000 and a population that is 30 percent white.

Harris County, a middle-income area with a large Hispanic population, has received hundreds of millions of dollars in mitigation grants from FEMA over the years and is one of the top overall recipients. The county includes most of Houston and its suburbs.