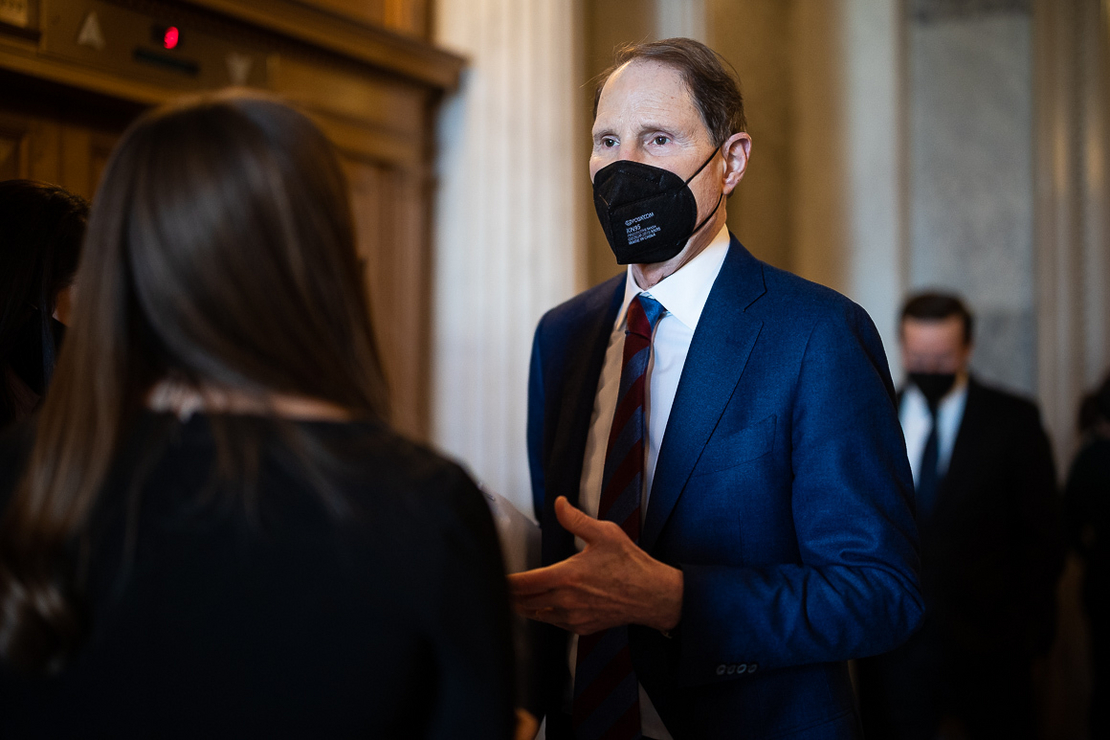 Lawmakers have introduced a host of bills over the past week to end U.S. imports of Russian oil and gas. It was a prominent topic during a bipartisan congressional call with Ukrainian President Volodymyr Zelenskyy over the weekend (E&E Daily, March 7). House Speaker Nancy Pelosi (D-Calif.) has also endorsed the idea.

The congressional push began to solidify yesterday with a new proposal by the four leaders of the House and Senate tax writing committees that would seek to ban imports; suspend Russia from the World Trade Organization; and give President Biden additional authority to sanction Russia and Belarus, a staunch Putin ally.

The committee leaders — Reps. Richard Neal (D-Mass.) and Kevin Brady (R-Texas) and Sens. Ron Wyden (D-Ore.) and Mike Crapo (R-Idaho) — have not formally unveiled text for that bill. But Brady said he’d like to see it start moving as soon as tomorrow. Negotiations over the weekend were “very constructive,” Brady added.

“I think this will certainly have a veto-proof majority in the House, and I would assume in the Senate as well,” Brady, the House Ways and Means ranking member, told reporters.

The proposal is the leading contender for congressional action, but the exact path forward is unclear. The White House could act on its own without explicit congressional approval, but there are also several competing bills floating around Capitol Hill.

“We will continue working with leaders on both sides of the aisle and in both chambers to get this ban enacted immediately if the President does not act,” Murkowski and Manchin said.

Brady said the language in his forthcoming bill is “very similar” to the Murkowski-Manchin proposal. Wyden similarly told reporters yesterday that he and Manchin are “united on our goal here.”

“We sort of pulled the most balanced proposals together, and look, these were good discussions all weekend long,” Brady said. “We’re all headed the same way.”

Lawmakers are working on a constrained schedule this week, with Democrats set to leave town after votes tomorrow for their annual legislative retreat.

One option would be to tie a Russian energy import ban to the Ukraine aid package being negotiated as part of the fiscal 2022 omnibus, which is likely to be released today. Last night, lawmakers said that approach was unlikely. Rep. Tom Cole (R-Okla.), a senior appropriator, said he sees an import ban moving as a “separate bill.”

Senate Majority Leader Chuck Schumer (D-N.Y.) said on the Senate floor he has talked with the White House and they are “looking closely at imposing a ban on Russian oil coming here.” Schumer also indicated the Ukraine aid measure would be over $12 billion, more than the $10 billion proposal initially under discussion.

Still, the Biden administration remains wary of doing anything to further exacerbate high gas prices, which have risen to levels not seen in more than a decade. West Texas Intermediate crude remained over $120 per barrel as of last night.

White House press secretary Jen Psaki told reporters yesterday “no decision has been made at this point by the president about a ban on importing oil from Russia” (E&E News PM, March 7).

The White House is also discussing the issue with European allies heavily reliant on Russian oil and gas. The continent could be hard-pressed to replace supplies in the near term, Psaki said.

German Chancellor Olaf Scholz has pushed back on the idea of an import ban. Europe as a whole last year imported roughly 4.5 million barrels of oil per day from Russia — 34 percent of its total supply — while the U.S. imported about 700,000 barrels per day in 2021, according to the International Energy Agency.

“We’re also very well aware as we’re having these conversations and as we’re consulting with our partners that we have different capacities and capabilities,” Psaki said.

While lawmakers widely agree that the U.S. should ban Russian energy imports, the push to enact it is being colored by largely partisan disputes about how to deal with high gas prices.

Some Democrats want to see a Russian energy import ban paired with measures to boost domestic clean energy. Sen. Ed Markey (D-Mass.) is leading a bipartisan bill to do exactly that, and long term, Democrats see climate policy and renewables deployment as the way to end American reliance on foreign oil and gas.

“I think it’s important for us to have a clean energy message this year, right now,” Markey told reporters yesterday. “So we’re saying we’re going to break our dependence on imported oil.”

And like the White House, congressional Democrats are also worried about the impact of high prices at the pump.

“I totally agree with the moral clarity that comes with sending no money to Russia for the purchase of oil,” Sen. Chris Murphy (D-Conn.) told reporters yesterday. “I just think we have to understand that it’s a lot easier for elites in Washington to bear the cost of energy prices spiking than low-income Americans, so I would like to see us do this in a way that mitigates the cost impact on consumers.”

That could entail filling in the gap with increased domestic production, as well as “alternative international sources,” Murphy said.

The Biden administration has already started the process internationally, reportedly reaching out to Saudi Arabia, Iran and Venezuela — all authoritarian countries that have been criticized over the years by lawmakers on both sides of the aisle. Former President Trump sanctioned Venezuelan oil in 2019 to punish the government of President Nicolás Maduro.

Senate Foreign Relations Chair Bob Menendez (D-N.J.), in a statement last night, slammed the administration, saying that talking with Venezuela “risks perpetuating a humanitarian crisis that has destabilized Latin America and the Caribbean for an entire generation.”

Psaki stressed that U.S. officials have discussed a “range of issues” with their Venezuelan and Saudi Arabian counterparts, while talks with Iran are wrapped up in negotiations on the nuclear deal.

Republicans have criticized engagement with the three countries as part of a larger effort to promote domestic oil and gas production.

Still, many of the GOP’s preferred policy solutions — including authorizing the Keystone XL pipeline and ending the ban on new oil and gas leases on federal lands — are unlikely to do much to boost domestic production in the short term (Climatewire, March 7).

“What you’re going to hear is Republicans spin a fairy tale that all of that Russian oil can be filled through domestic sourcing,” Murphy said. “That is is not true. There’s going to have to be some other international sources for what we lose in Russia.”