Congress eyes $235B in clean energy subsidies. Here they are 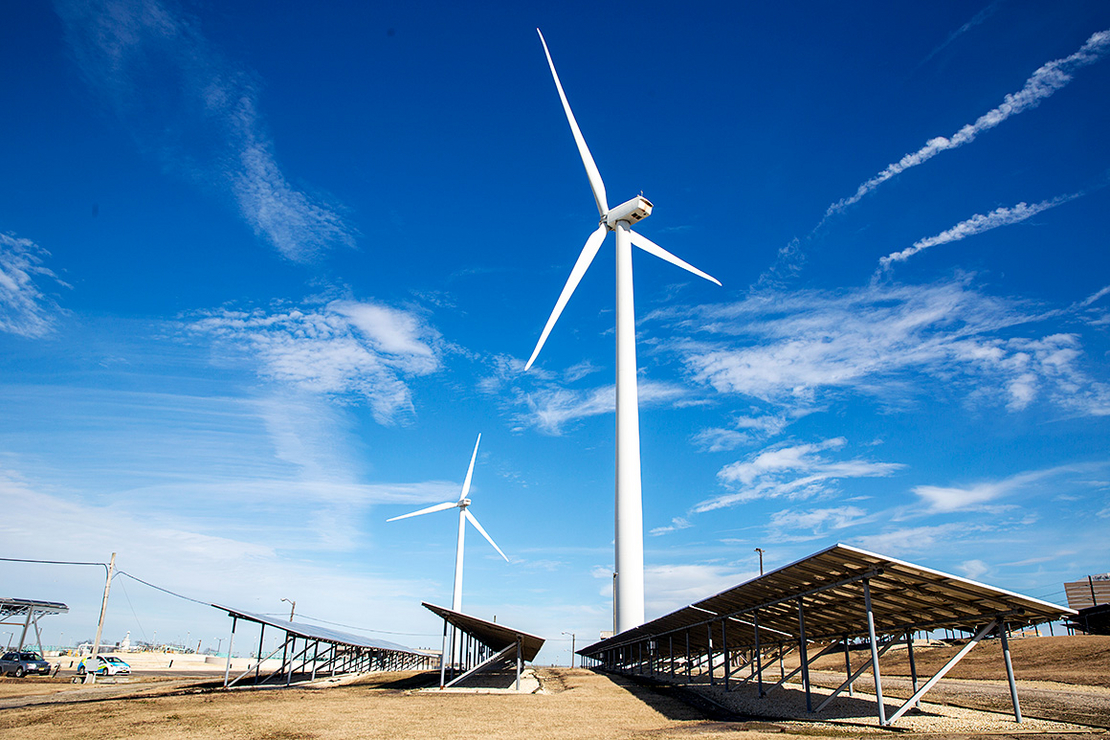 Congress has a long-standing aversion to climate policy. Cap and trade saw a spectacular death in 2010. A plan to pay utilities for selling more clean electricity was axed this month. And proposals to tax carbon dioxide emissions never had a chance.

But there is one major exception to lawmakers’ reluctance to tackle greenhouse gases: clean energy subsidies.

Congress passed the first production tax credit for wind in 1992. The PTC has been extended 13 times since then. Solar energy and carbon capture have long-standing incentives as well.

Now, lawmakers appear poised to double down. The reconciliation package contains roughly $235 billion in incentives for everything from wind and solar to emerging technologies like green hydrogen and sustainable aviation fuels. By contrast, the economic stimulus package passed in 2009 offered $90 billion in clean energy spending.

President Biden’s climate agenda is now riding on the passage of tax incentives, especially after the Clean Electricity Performance Program was stripped from the bill in the face of opposition from Sen. Joe Manchin (D-W.Va.).

For longtime climate watchers, it is a familiar scene.

“Fundamentally, our country has proceeded with tax incentives and regulation,” said Julio Friedmann, a senior research scholar at Columbia University’s Center on Global Energy Policy. “It may take awhile to get the regulation in place, but we can get started with the tax credits.”

Tax incentives are not a substitute for an economywide carbon price or a clean electricity standard, he continued. “But it is a proven way to accelerate CO2 removal and reduction.”

The particulars of the package remain fluid, but here’s a breakdown based on the bill that was marked up in the House Ways and Means Committee in September.

The old guard: Wind and solar

These are not traditional wind and solar subsidies.

The reconciliation package would make the PTC and investment tax credit direct payments. Instead of finding a bank to help finance a project, renewable energy developers would get a check from the government. That would be a boon for wind and solar developers.

But that’s not the only change. Solar has long qualified for an investment tax credit but not the production tax credit available to wind. Now, it would qualify for both.

The legislation would also restore the PTC and ITC to their original value, but with a twist. The PTC offers a base amount of 0.5 cent per kilowatt-hour through 2031. Yet that figure could rise to 2.5 cents per kWh (the original value) if developers pay prevailing wage and employ a certain percentage of apprentices on their projects.

The updated ITC envisions a similar system, with a 6 percent base payment and 30 percent bonus with the prevailing wage and apprenticeship requirements. Energy storage and microgrid controllers, among other technologies, would also qualify for the ITC.

The combined price tag of the revamped PTC and ITC is $107 billion between 2022 and 2031. By comparison, the U.S. spent about $20 billion on the PTC between 2005 and 2019, according to the Congressional Research Service.

One of the most notable things about the reconciliation package is how it would expand subsidies that were once available only to wind and solar to other zero-emitting technologies. That includes nuclear facilities.

Nuclear generated almost a fifth of America’s electricity last year. But persistently low natural gas prices and renewables have eroded the economic competitiveness of nuclear facilities and prompted a series of plant closures. The reconciliation package aims to head off more closures with a nuclear production tax credit worth 3 cents per kWh through 2026. The credit is expected to cost $15 billion.

But electricity can also be used to split a water molecule into hydrogen. When the process uses renewable energy, it produces so-called green hydrogen. But it tends to be expensive.

The reconciliation bill would provide a $3-per-kilogram tax credit for hydrogen production using renewables. A reduced credit would be available to other technologies using natural gas with carbon capture, and nuclear facilities. In total, the clean hydrogen credits are worth $9 billion over a decade.

“It really shows the commitment to decarbonization,” said Dan Klein, an energy modeler at S&P Global Platts. “It goes beyond the lowest-hanging fruit, beyond the power sector and EVs.”

Speaking of EVs, the bill would provide $42 billion in tax credits over the next decade for electric transportation. In addition to $15 billion for new EVs and $11 billion for commercial EVs, there is a $7 billion line item for electric bicycles.

The EV tax credits are especially important from a climate perspective because transportation is the leading source of carbon pollution in the U.S., accounting for nearly a third of emissions. Light-duty vehicles account for almost 60 percent of U.S. transportation emissions, according to EPA.

“EVs now are like wind and solar a decade ago,” said Rob Jackson, a Stanford University professor who studies energy systems and climate change. “They are not cost competitive on a levelized basis, but they’re getting there.

“Cars are not so different from power plants,” he added. “Instead of lasting 40 years, they last 15 years. We don’t really have the luxury of waiting for electric vehicles to reach net zero.”

The EV incentives for new vehicles are structured much like the incentives for wind and solar. A new car buyer would get a base incentive of $4,000. An additional $3,500 is available if the vehicle is purchased before 2027. Another $4,500 can be collected if the car is assembled in the U.S. at factories subject to collective bargaining agreements. And, finally, $500 is available if more than 55% of the parts are made in the U.S. The result is a maximum credit of $12,500.

Put it in the ground

A big change under the legislation is expanded credits for DAC facilities, which would pull CO2 from the atmosphere and store it underground. A DAC facility that meets the bill’s prevailing wage and apprenticeship requirements would be eligible for a $180-per-ton credit.

Small and large facilities alike could qualify, with a minimum capture threshold of 1,000 metric tons a year. A traditional CCS operation would be able to receive up to $50 a ton.

All the tax credits are accompanied by $3.5 billion in the bipartisan infrastructure deal to help plan DAC hubs. That is music to the ears of DAC supporters like Erin Burns, executive director at Carbon180, a nonprofit that advocates for direct air capture. Assistance from the Energy Department and EPA is needed to help plan and permit new facilities, she said.

“When you think about 45Q, it is really important policy to scaling up carbon management policy. But in and of itself it is not enough to get us to the scale we see in climate models,” she said. “You’re seeing that in coordination with this administration and Congress.”

Correction: An earlier version of this story incorrectly listed the tax credit available to CCS. It is up to $50 a ton.