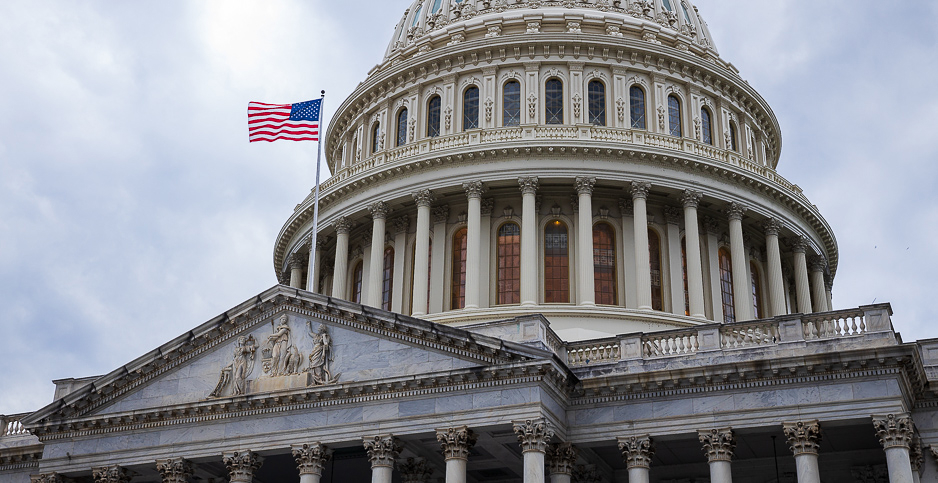 "I’m expecting to see something on the administration’s perspective on grid modernization and security," Rep. Marcy Kaptur (D-Ohio), the chair of the Energy and Water Development Appropriations Subcommittee, told E&E News. "The country has to take the lead here. We just can’t depend on individual companies."

Such increases in the budget are a near-certainty in the wake of this month’s ransomware attack that led to the shutdown of the Colonial pipeline.

Kaptur further said she expected to see "a lot of innovation" spending in the budget for breakthrough technologies and advanced electrical systems.

Rep. Mike Simpson (R-Idaho), the ranking member on the panel, noted that the administration’s budget plan released earlier this year made no mention of grid security, an issue he has raised with Energy Secretary Jennifer Granholm. He also said he anticipates the budget will highlight the administration’s push for clean energy technologies.

Earlier this spring, President Biden outlined a $1.52 trillion discretionary spending plan for fiscal 2022, which would be a $118 billion — 8.8% — increase over current funding.

The plan would hike nondefense discretionary funding by 16% to $769 billion, while providing a small boost of 1% for defense programs to $753 billion.

The Department of Energy would see a hike of $4.3 billion — 10% — to $46.1 billion. Clean energy R&D — including that related to advanced nuclear, carbon capture, battery storage and renewables — would get $8 billion, a 27% increase from fiscal 2021.

While the top-line increases were unveiled in the earlier version, details were scant as many agencies were still being staffed by the new administration.

The multivolume budget, due out Friday, will provide some clarity. Contained within its thousands of pages will be details on program and project spending for agencies, revenue plans for the administration and long-term debt and deficit-spending projects.

Kaptur said last week that she expected to "begin to move our spending bills along. … June, July will be very busy." She said her panel is likely to mark up her bill in mid-June with the aim of getting it to the House floor in July.

She noted Biden traveled to Michigan last week to highlight his interest in electrical vehicles and said his budget is likely to reflect more spending on those technologies, including on ways to better tie EVs into the nation’s power grid.

The specifics of EPA’s more than $2 billion increase will also be spelled out this week. Most of the money, $1.8 billion, is expected to go toward restoring and expanding programs aimed at fighting climate change that were cut by the Trump administration, with a major push expected on environmental justice.

While Republicans have already expressed some concern about expected increases in climate funding, there is likely to be bipartisan backing for increasing water infrastructure by $625 million to a proposed $3.25 billion.

The Interior budget could offer more on the administration’s 30×30 effort, recently rebranded as the "America the Beautiful" plan, which aims to conserve 30% of U.S. lands and waterways by 2030. The earlier outlines suggest about $200 million would be spent on "science-based conservation" efforts to meet the goal.

The budget will lay out where those dollars will go within several Interior agencies, including the U.S. Geological Survey, which is expected to be part of the climate change effort.

Additionally, the budget will spell out how $450 million will be allocated for abandoned mine and oil well cleanup, an issue that has support from both parties.

Congress has yet to consider a budget resolution, a nonbinding spending blueprint that sets overall discretionary spending guidelines that appropriators follow.

The House Budget Committee could still mark up a budget resolution next month, although it seems unlikely to make it to the floor.

Instead, the House may simply pass a resolution to deem overall spending figures and avoid what could be a contentious fight over budget goals.

"I have not spoken to leadership about [the timing of a deeming resolution], but it has to be fairly quick," said House Budget Chair John Yarmuth (D-Ky.), noting Democratic leaders want to have most fiscal 2022 spending bills pass the House floor by the August recess.

Yarmuth said he would prefer no increase in defense spending but said it’s "livable" if it comes with the expected 16% increase in domestic funding.

The House Appropriations Committee will hold a hearing to hear from various members of Congress on their priorities.

Commerce Secretary Gina Raimondo will appear before Senate appropriators. The president is seeking to increase NOAA spending by more than 25%, with climate change a major reason (E&E Daily, May 7).

Secretary of State Antony Blinken may discuss the department’s efforts on climate diplomacy during several hearings this week.

Schedule: The Senate Appropriations Committee hearing is Tuesday, May 25, at 10 a.m. in 106 Dirksen and via webcast.

Schedule: The Senate Foreign Relations Committee hearing is Tuesday, May 25, at 2:15 p.m. in 216 Hart and via webcast.

Schedule: The House State-Foreign Operations Appropriations Subcommittee hearing is Wednesday, May 26, at 10 a.m. via webcast.

Schedule: The House Homeland Security Appropriations Subcommittee hearing is Wednesday, May 26, at 10 a.m. via webcast.

Schedule: The Senate Commerce-Justice-Science Appropriations Subcommittee hearing on the Commerce Department budget is Wednesday, May 26, at 2 p.m. in 124 Dirksen and via webcast.

Schedule: The Senate Homeland Security Appropriations Subcommittee hearing is Wednesday, May 26, at 2 p.m. in 138 Dirksen and via webcast.

Schedule: The House Appropriations Committee hearing is Thursday, May 27, at 10 a.m. via webcast.

Schedule: The House Defense Appropriations Subcommittee hearing is Thursday, May 27, at 1 p.m. via webcast.