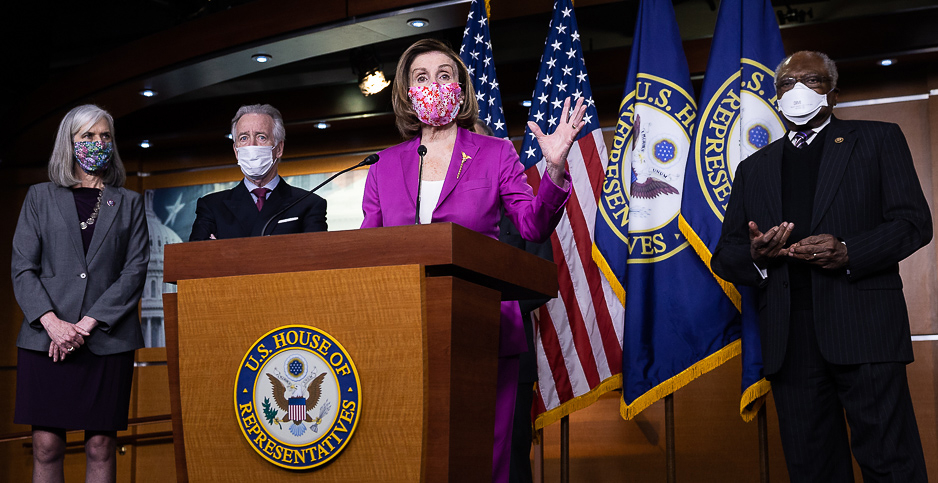 "I think the climate stuff will be in it to the extent we can get climate stuff" passed, House Budget Chairman John Yarmuth (D-Ky.) said yesterday, referring to the tight majorities Democrats have in both the House and the Senate that could limit the bill’s scope.

Yarmuth laid out a timeline that would have the chamber moving the infrastructure legislation no sooner than September. He anticipates the package will have to move under budget reconciliation, a process that would allow it to avoid a Senate filibuster but would also add several legislative steps.

Yarmuth said the White House is now unlikely to deliver its fiscal 2022 budget until April or even May, given the delay in confirming a new Office of Management and Budget director.

With the infrastructure bill moving in tandem with the annual budget resolution, it’s likely to mean a summer spent pulling together the package with floor votes after Congress returns from August recess, Yarmuth said.

Environmentalists are increasingly doubtful the bill will contain major new provisions to curb emissions like a carbon tax or a new regulatory framework.

Instead, they expect the legislation to be heavy on investments in clean energy infrastructure, which would focus on the power grid and electric vehicle charging stations (E&E Daily, March 9).

Some of the contours are expected to emerge by the end of May, when both the House Transportation and Infrastructure and Senate Environment and Public Works committees are hoping to mark up their portions of the bill. They’d eventually be merged into a larger package, which will also likely contain energy tax provisions.

Yarmuth said discussions over the package have yet to begin in earnest among Democratic leaders who have been focused on passing the pandemic bill.

She said the package would "take our energy — our nation into [a] clean energy economy for the future and you all have been the lead on that, strengthening our resilience against the climate crisis and honor the federal government’s responsibility to local government."

Senate Majority Whip Dick Durbin (D-Ill.) said yesterday he’s hopeful for support from both parties for the upcoming infrastructure legislation but said specifics like its price tag have yet to be decided.

"Infrastructure has traditionally been the most bipartisan bill in Congress. When we got rid of earmarks, that disappeared. Are we going to have them again, on infrastructure? I don’t know," said Durbin.

For now, President Biden and Democrats are touting their $1.9 trillion COVID-19 bill as the signature achievement of Biden’s first 100 days in office.

Pelosi said the legislation ranks with the Affordable Care Act as the most significant ones she has seen move in more than three decades in the House.

Several of the bill’s provisions affect energy and environment spending, including $4.5 billion for the Low Income Home Energy Assistance Program, $500 million in water assistance and $100 million for environmental justice grants.

It also includes $50 billion for the Federal Emergency Management Agency’s disaster fund, $30 billion for public transit agencies and $95 million for the Fish and Wildlife Service for preventing the spread of COVID-19 and other diseases by wildlife.