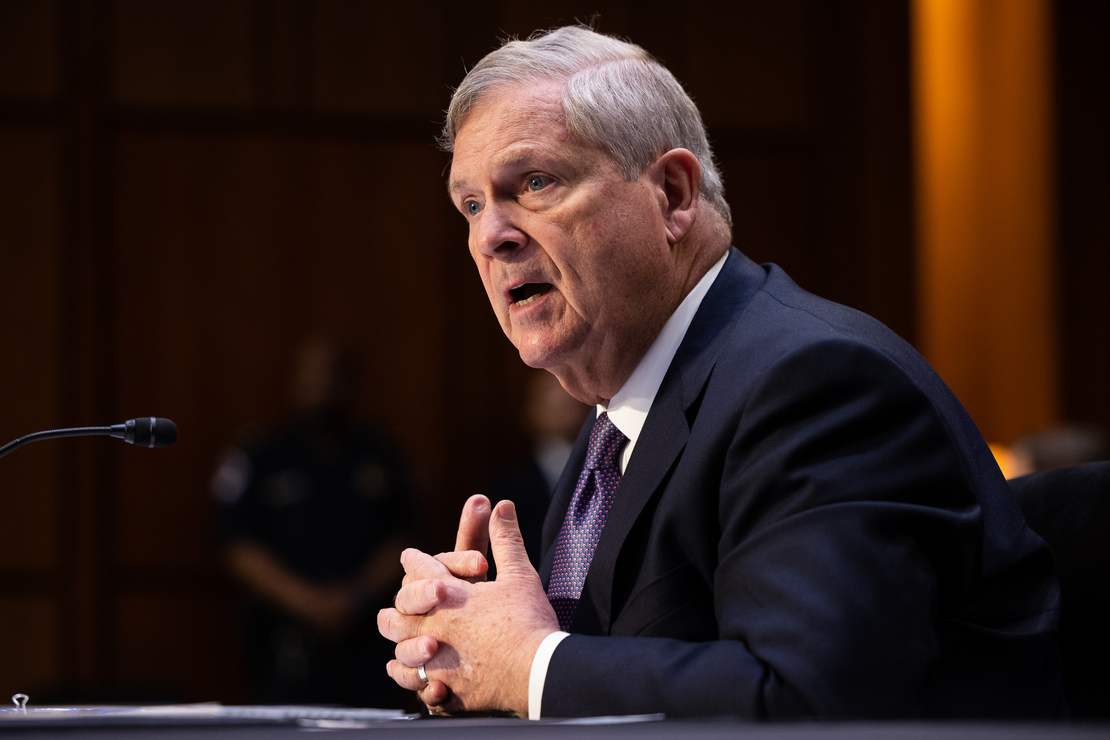 The $1.7 trillion spending bill up for consideration in Congress this week would offer some relief to farmers whose land, crops and animals have been contaminated with “forever” chemicals.

House and Senate appropriators agreed to devote $5 million to help farms test for per- and polyfluoroalkyl substances, or PFAS, which is present in many products and has found a way onto farms through the sludge some producers spread as fertilizer. Lawmakers are trying to pass the bill this week, providing funds across all federal agencies for the fiscal year that started Oct. 1.

The bill calls on the Department of Agriculture to use the money to cover the cost of testing soil, water, farm products and livestock at the request of farmers, as well as to help farmers lessen the impacts of any contamination and to compensate farmers for related losses.

Priority would go to states that have developed a tolerance level for PFAS, according to the legislation.

In a separate provision, lawmakers encouraged USDA to compensate farmers through the department’s dairy indemnity program, noting that the program still hasn’t paid farmers in Maine for herds they were forced to depopulate because of contamination.

The dairy indemnity program historically has covered only lost milk, but USDA tweaked the program in late 2021 to allow compensation for lost cows. Sen. Susan Collins (R-Maine) and Agriculture Secretary Tom Vislack had an exchange over the topic at an appropriations hearing earlier this year, with Vilsack disputing the senator’s observation that only milk could be covered and saying his department was encouraging farmers who had slaughtered cows to apply (E&E Daily, May 11).

Days earlier, Vilsack had called PFAS-related assistance a “significant funding issue” at a hearing with House appropriators. The Environmental Working Group has estimated that as many as 20 million acres may be contaminated, although the federal government has no standard for what’s considered a dangerous amount for human health (E&E Daily, April 29).

In the House, Rep. Chellie Pingree (D-Maine) has been especially outspoken on the issue, saying PFAS is an unfolding threat to farms nationally and especially to organic producers who aren’t allowed by federal standards to spread sludge but may not know that a previous owner applied it to the soil years ago.

Lawmakers urged USDA in fiscal 2022 to provide indemnity payments to farmers, but this year’s provision includes the dollar amount in the actual bill rather than in report language, which doesn’t have the force of law.

The issue could emerge again in 2023 as Congress works on a five-year farm bill (Greenwire, Oct. 28). That legislation covers programs at USDA; the current version expires Sept. 30, 2023, unless Congress extends it.