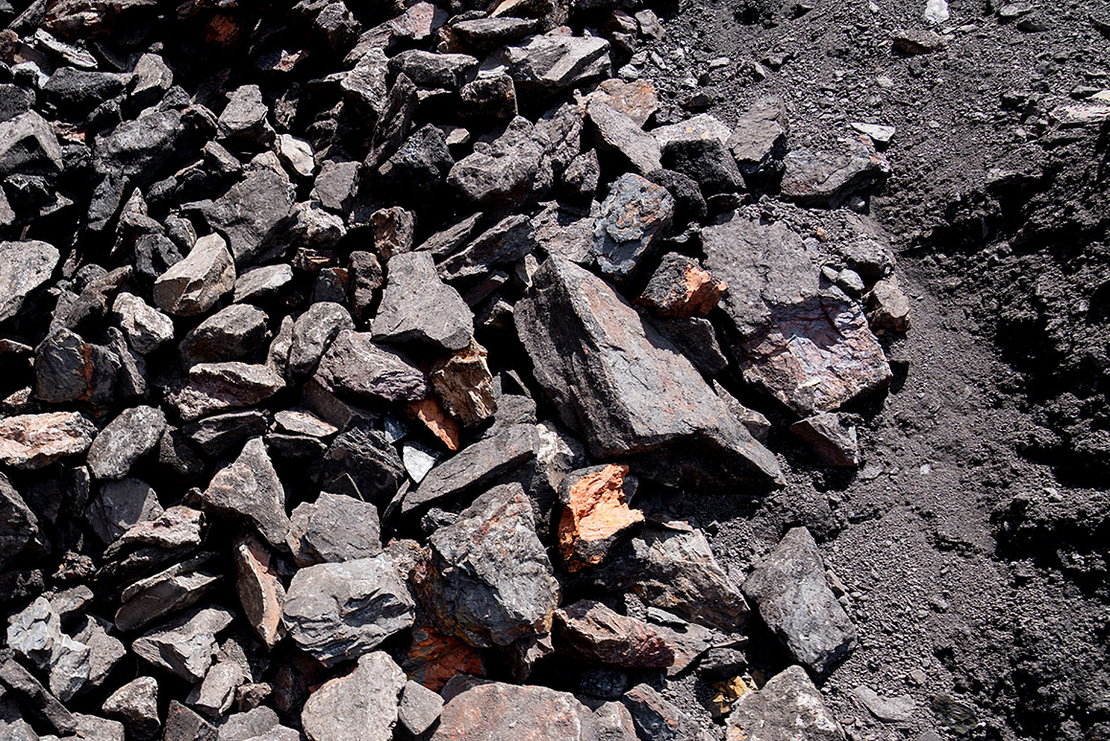 Waste coal at an abandoned mine site in West Virginia. Dane Rhys/Reuters/Newscom

Congress is on the verge of making a historic investment in mining communities through the cleanup of abandoned mines while also cutting the coal industry some slack.

In its bipartisan infrastructure bill, the Senate has approved distributing $11.3 billion in general treasury funds for the Interior Department’s abandoned mine land (AML) reclamation program. That’s about twice as much that states and tribes have ever received from the fund to clean up old coal mines since it was established in 1977.

The AML funding would be a massive injection of cash for communities in coal mining regions like Appalachia that for decades have dealt with dangerous hazards like subsidence and water polluted by acid mine drainage.

“It’s a huge deal. An order of magnitude more money than states have been getting for AML reclamation in a given year,” said Chelsea Barnes, legislative director at Appalachian Voices, a group that advocates for environmental remediation and a transition to renewable energy.

Virginia, for instance, has been receiving about $3 million from Interior each year to clean up abandoned coal mines. Appalachian Voices estimates that the state is due to see its annual mine reclamation funding boosted to $30 million under the framework.

While it’s unlikely that the money will be enough to finish cleaning up the thousands of abandoned coal mines across the country, it represents the largest-ever AML investment and is likely to transform local landscapes and economies.

Coal industry gets a break

Since 1977, mining companies have funded the AML program managed by Interior’s Office of Surface Mining Reclamation and Enforcement with tonnage fees on coal production.

Those fees are reduced by 20% in the deal, which was a direct result of negotiations between two coal-state lawmakers who lead their parties on the Senate Energy and Natural Resources Committee: Chair Joe Manchin (D-W.Va.) and ranking member John Barrasso (R-Wyo.) (E&E Daily, July 15).

Wyoming is the current top coal mining state, while abandoned coal mines are concentrated in Appalachia. At first, Manchin pushed to keep the fees at their current rates: 28 cents per ton at surface mines, 12 cents at underground mines and 8 cents for lignite coal.

Barrasso and Republican Rep. Liz Cheney of Wyoming wanted those rates cut by 40% to accommodate their state’s mining companies, which operate vast open-pit mines on federal land in the Powder River Basin.

Manchin and Barrasso eventually met in the middle and proposed reducing fees by 20% until 2034 in addition to the $11.3 billion from U.S. taxpayers.

Shannon Anderson, an attorney at Wyoming’s Powder River Basin Resource Council, said the investment from the infrastructure bill would be an important economic stimulus, especially for Appalachia, whose long history of coal mining has left behind thousands of abandoned mines.

“At the same time, it breaks the promise the coal industry made for America when it supported the AML program in the beginning, which is to clean up the mess they created and pay for it,” Anderson said in a phone interview.

The National Mining Association cheered the AML reauthorization provisions in the infrastructure package, calling them “a welcome investment in an immensely important program.”

NMA spokesperson Conor Bernstein said that the fee reduction helps mining companies who have suffered during the U.S. coal industry’s long decline since peak production in 2008. He noted NMA’s view is that administration of the AML fund has seen too few dollars spent on high-priority reclamation.

“To date, the coal industry has paid nearly $12 billion into the AML fund to reclaim legacy abandoned mines only to see much of those funds disappear,” Bernstein said via email.

Money for those without AML problems?

While it’s unknown exactly how much abandoned mine reclamation work remains, a recent report by the nonprofit Ohio River Valley Institute estimates it could cost $21 billion (Greenwire, April 14). Experts say that AML fees alone — especially at reduced rates — would not have covered the total cost.

The formula is based on historical coal production. But Dixon said the amount of coal a given state mined before 1977 doesn’t correlate exactly to the amount of remaining reclamation work.

He says the Office of Surface Mining Reclamation and Enforcement needs a more accurate abandoned mine land inventory on which to base a distribution of funds. “It’s very likely that we’ll run into scenarios where the formula is sending money to a state that no longer has AML problems,” Dixon said in a phone interview.

Advocates and lawmakers have a sense of urgency to reauthorize collection of the AML fee as soon as possible because it lapses on Sept. 30.

OSMRE spokesperson Tristan Weis said states and tribes that manage their own mine reclamation programs will be allowed to continue carrying out their work if the House doesn’t pass the infrastructure bill in time. In that case, OMSRE will distribute fees that have already been collected. The fund has a balance of just over $2.3 billion.

Barnes of Appalachian Voices praised the $11.3 billion mine reclamation funding in the infrastructure bill as a chance for coal communities to strengthen both their economies and environments. But she lamented that the coal industry’s diminishing role in cleaning up the damage it caused.

“We all still owe it to them to clean up these sites,” Barnes said about those communities affected by the mines. "We’d like to see as much of that coming from the industry as possible."