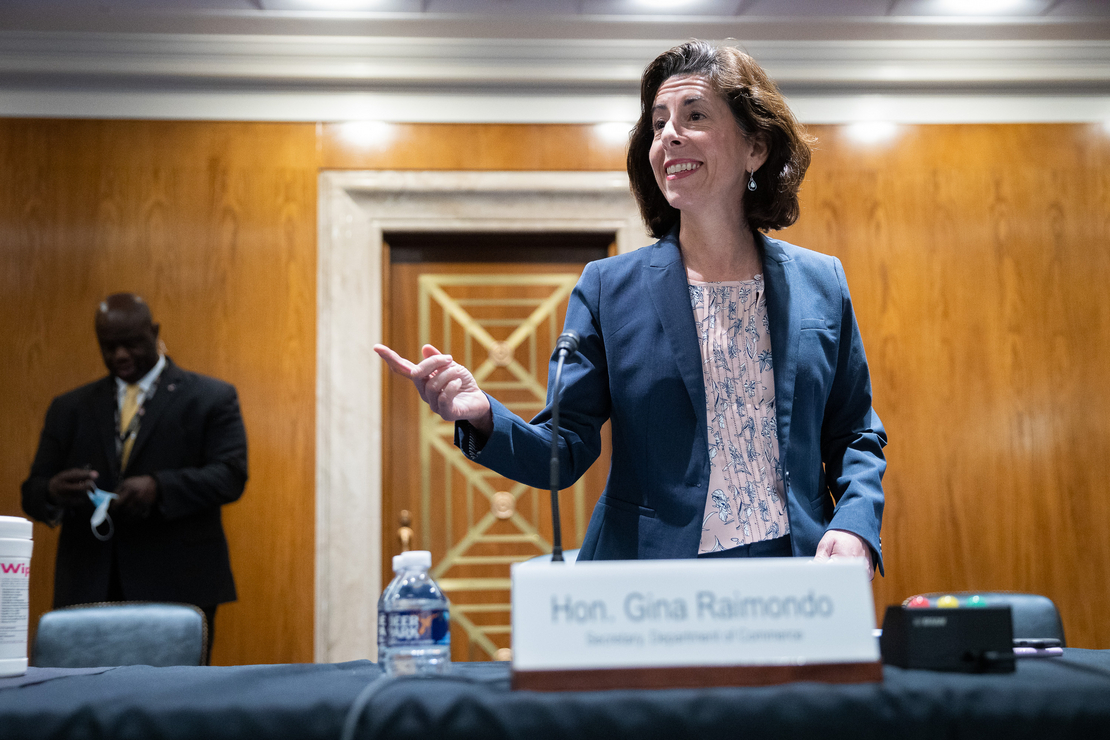 After months of work, Congress is looking to pass an innovation and economic competitiveness package this week with large authorizations for the Department of Energy.

To get there, leaders and Biden administration officials are attempting to navigate the concerns of progressive lawmakers, who are expressing unease at the prospect of an alleged corporate handout to the chip industry despite backers calling the legislation a national security imperative. The Senate is holding another procedural vote this evening.

“This is a matter of national security, and I don’t think we can put a price tag on it because we are in a very vulnerable spot,” Commerce Secretary Gina Raimondo said yesterday on CBS’s “Face the Nation.”

Raimondo said the chip money will come with “many strings attached … so to say it is a blank check is just dead wrong.”

“What’s really important is that — to us — is that there would be guardrails to ensure that chip investments benefit U.S. workers, not foreign companies — strengthening research and development for basic science and next-generation technologies,” Pelosi told reporters last week.

While Democratic leaders are worried about their party’s left flank, conservatives are launching their own broadside against the bill over allegations it represents a “zombie-like” version of legislation passed by House Democrats earlier this year.

Late last week the Republican Study Caucus, a group of House conservatives, said the emerging compromise in the Senate did not go far enough to fight China while also giving out billions in alleged “corporate welfare” benefits to the chip industry.

“In their effort to win 60 votes, they seem to have forgotten that the bill must pass both chambers to become law,” House Science ranking member Frank Lucas (R-Okla.) said in a statement last week.

This week’s action follows the collapse of conference committee talks to reconcile H.R. 4521, the “America COMPETES Act,” and S. 1260, the “U.S. Innovation and Competition Act.”

The new Senate legislation includes an authorization of $50 billion over five years for DOE’s Office of Science, the first such reauthorization in the office’s history.

The National Science Foundation would get $81 billion over five years, including $20 billion for a new technology directorate meant to spur technologies like quantum computing and artificial intelligence.

That matches language that emerged from the House Science, Space and Technology Committee, although some House-backed trade and climate provisions were dropped from the package.

“Of course, after months of negotiating between the House and the Senate on an innovation package, compromises had to be made, and not everyone is going to get all that they originally wanted — including me,” House Science Chair Eddie Bernice Johnson (D-Texas) said in a statement.

“But that is the nature of compromise,” she added. “We need to recognize the urgency of acting on these provisions and getting this legislation to the President for his signature.”

Senate Majority Leader Chuck Schumer (D-N.Y.) held a test vote last week before deciding whether to pursue DOE and NSF money on top of chip spending. That vote got 16 Republicans and most Democrats. Sanders voted no.

Senate passage could happen as soon as tomorrow, and the House is poised to act quickly. The goal is for President Joe Biden to sign the legislation before recess.

“This will be a big bipartisan vote in the House and the Senate,” Raimondo predicted. “You see former Secretary Mike Pompeo today, tweeting out in favor of it. You’re going to see Republicans and Democrats coming together because it’s about national defense, it’s about jobs.”