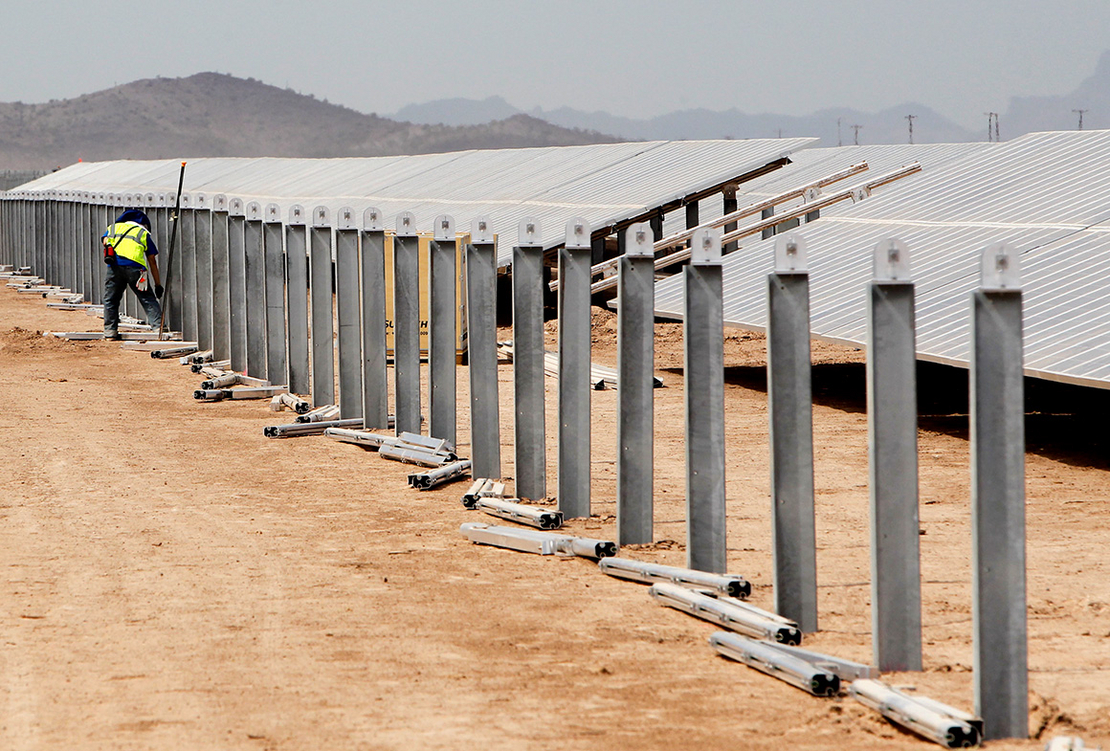 The tax credits that underwrote America’s renewable energy revolution are set for a makeover as part of the $1.75 trillion reconciliation bill.

As written, the Democratic proposal would dramatically revamp the subsidies available to wind and solar projects, requiring developers to use union labor and American-made products to receive the full value of the subsidy. The bill also includes a bonus for projects built in former coal communities.

The changes reflect the maturation of the renewable industry and the evolution of American climate policy. Where the intent of the tax subsidies was once to lower the cost of renewables, today it is to deploy renewables and create jobs, especially in communities where they have been scarce.

The shift owes in large part to the plunging price of wind and solar. Lazard Ltd., an investment firm, estimates that the cost of building and operating a wind farm has fallen 72 percent in the last decade. Solar costs have plunged 90 percent. Both are cheaper than existing coal plants without subsidy, and can compete with gas and nuclear.

The plunging costs come amid a pivot among Democrats in Washington. Increasingly, the party’s climate hawks are focused on integrating their climate and economic priorities. The intertwining aims are evident in the reconciliation bill.

“The stress points for renewables have moved away from cost,” said Ric O’Connell, executive director of GridLab, a consulting firm. Renewable projects today are more likely to be stymied by siting challenges, transmission constraints or difficulties connecting to the grid. Solving those challenges is helped by increasing local economic benefits of renewable developments.

“This is being politically savvy and saying let’s build support for the energy transition,” O’Connell said.

The bill would preserve the two primary tax credits available to wind and solar: the production tax credit (PTC) and the investment tax credit (ITC). But it would change how the credits are administered.

Solar developers would be able to claim the PTC for the first time, while energy storage and microgrid controllers were added to the list of projects able to qualify for the ITC. Developers would be able to claim the subsidy as a direct payment instead of a tax credit, making it much easier for them to finance projects without having to raise tax equity. And the bill would shift the tax incentive from a flat rate to a tiered system.

In the past, the full value of the PTC was $25 per megawatt-hour, but it has gradually declined. This year, the PTC pays $15 per MWh. The ITC offered a full credit of 30 percent. It covered 26 percent of a project’s cost in 2021.

Under the reconciliation bill, the PTC would start at a base rate of $5 per MWh. That figure would rise to $25 per MWh if developers agree to pay prevailing wages and ensure union apprentices make up a percentage of their workforce. The ITC would employ a similar structure, starting at 6 percent of a project’s cost and rising to 30 percent. Those rates would be locked in for a decade.

The approach is mirrored throughout the bill. Incentives for nuclear energy, carbon capture and transmission would employ similar incentives designed to coax utility companies and developers to employ organized labor.

“This is purposeful to drive deployment as much as possible,” said one Democratic Hill staffer. “If we’re going to devote this level of resource from the taxpayer to this transition, we want to make sure the communities where these projects are built benefit from that transition.”

Some analysts questioned the approach.

Harrison Fell, a researcher who studies the power sector at Columbia University, said Democrats’ options for guiding the energy transition were limited given the lack of political support for policies like a carbon tax or cap and trade. But while he expressed confidence that renewable developers would have little trouble meeting the prevailing wage and domestic content requirements, he said he doubted the effectiveness of other aspects of the bill.

One provision would provide an additional 10 percent bonus to the PTC or ITC for projects built in communities where coal mines and plants have closed. Wind development, in particular, is limited to the breeziest locales while solar can face siting constraints, Fell said.

“I worry that we’re taking our eye off the ultimate prize here, which is to reduce carbon emissions," he said. "We want to do that as cost-effectively as possible.”

The renewable tax credits are one piece of a wider attempt to green the economy. The reconciliation bill also includes tax credits for renewable manufacturing, for example. The PTC and ITC are designed to complement those efforts with a combination of carrots and sticks intended to encourage renewable developers to buy American-made components. Developers would be eligible for a 10 percent bonus on top of the PTC or ITC if they source many of their components from the United States.

But that carrot comes with a significant stick. Developers effectively need to meet domestic content requirements in order to claim a direct payment. That might seem like slight change, but it represents the difference between a developer needing to work with a lender to raise tax equity or simply receiving a check from the government.

"If manufacturing workers and their communities do not see the economic gains in climate action, there is not going to be the political will necessary to do what we need to do over the next several decades to meet our climate goals," said Jason Walsh, executive director of the BlueGreen Alliance, a labor group that championed the provisions.

Congressional and industry sources said the domestic content requirements have been among the most heavily negotiated provisions in the bill. Renewable interests have pushed to increase developers’ flexibility, particularly for offshore wind, which is a nascent industry in the United States with a limited domestic supply chain. The bill includes something of a compromise, allowing developers to apply for an exemption from the Energy Department in the event domestic parts are not available.

The domestic content requirements figure to be a bigger lift for the solar industry than their counterparts in onshore wind.

Most solar components, by contrast, are imported from overseas.

Nevertheless, the Solar Energy Industries Association, a trade group, said it was supportive of the bill.

“The bill provides so much opportunity for every American community to adopt solar and invest in and benefit from the growth of the industry,” said Erin Duncan, SEIA’s vice president of congressional affairs. “So, yes, while the details may yet be tweaked between now and final passage, we believe the requirements will be feasible.”

"ACP is committed to ensuring the application of labor and domestic content requirements is done in a way that will maximize clean energy deployment and domestic manufacturing and worker benefits," the trade group said in a statement.

Taken altogether, a renewable developer could claim a PTC payment up to $30 per MWh or an ITC credit worth 50 percent if it meets all the labor, domestic content and coal community requirements.