Congress running out of time to save mine cleanup program 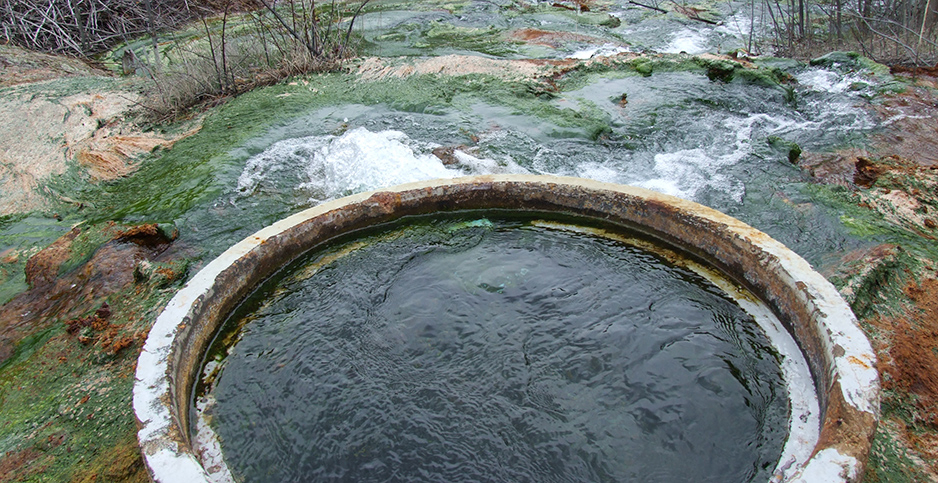 Polluted water coming out of an underground abandoned coal mine site in Pennsylvania in 2012. Manuel Quiñones/E&E News

The fate of a decades-old program meant to clean up thousands of abandoned coal mines now lies in the Senate.

There’s no chance the Republican-controlled Senate will take up the legislation as is, but House Democrats are looking to use it during negotiations on a possible bipartisan infrastructure deal and COVID-19 aid.

One of the reclamation bills would reauthorize the Abandoned Mine Land (AML) fee coal companies pay, and the other would focus part of the AML fund on spurring economic activity at former mine sites.

Supporters must now overcome partisanship and geographical rivalries between mining states in Appalachia and the current leader in coal, Wyoming.

Coal field activists, states and their allies on the Hill have for years been laying the groundwork for reauthorization, but time is almost up; the fee is set to expire next year.

"An AML reauthorization will require negotiation and compromise between senators from different regions of the country and from different political parties to become law," said Kelley Moore, spokesperson for Sen. Shelley Moore Capito (R-W.Va.).

Coal operators nationwide have paid into the AML fund with a fee on each ton produced since the federal government started regulating the industry in 1977. Most of the money goes to states and tribes to reclaim mine lands abandoned before that year.

The fund has since raised $11.3 billion, including interest. About $9 billion of the total has been spent.

But the Interior Department’s Office of Surface Mining Reclamation and Enforcement says at least $10 billion worth of reclamation remains. That figure is a rough estimate because sinkholes, subsidence and happenstance often reveal previously unknown mines from centuries past.

H.R. 4248, by Reps. Matt Cartwright (D-Pa.) and Glenn Thompson (R-Pa.), would reauthorize the program for 15 years past its current September 2021 expiration date and keep the current fee levels.

The other bill is H.R. 2156, the "Revitalizing the Economy of Coal Communities by Leveraging Local Activities and Investing More (RECLAIM) Act."

Also sponsored by Cartwright, the bill would speed up $1 billion in AML spending over the next five years on projects that prioritize economic development, such as cutting off acid mine drainage to boost growth in the outdoor recreation economy.

The National Mining Association is critical of AML spending and has called for more oversight of the program. Conor Bernstein, a spokesperson for the industry group, said the "RECLAIM Act" "distracts from AML’s intended purpose, which is to focus on mine cleanup."

The leader of the Congressional Coal Caucus, Rep. David McKinley (R-W.Va.), is one of more than a dozen Republicans to co-sponsor the "RECLAIM Act."

Cartwright’s AML bill has less widespread GOP backing but has gained the support of nearly the entire House delegation from Pennsylvania, the state with the most AML sites.

Thom Kay, senior legislative representative for Appalachian Voices, said passing these bipartisan bills that stimulate the economy in a sustainable way should be a no-brainer.

"They’re not just good for the environment, but they also create jobs. To me that seems like exactly what Congress should be looking for right now," Kay said.

Sen. Joe Manchin (D-W.Va.) is the lead sponsor of a "RECLAIM Act" companion and a bill to reauthorize the AML fund until 2036 keeping current fees. Neither has a Republican or Western co-sponsor.

The fees companies pay today are 28 cents per ton of coal mined in open pits and 12 cents per ton at underground mines, where coal is generally more expensive to produce.

When the AML program began four decades ago, coal operators paid 35 cents and 15 cents, respectively. Congress has only ever lowered the fees.

AML fee disparity and regional coal price differences are part of the reason for the East-West rift. The Powder River Basin in Wyoming and Montana produces about 40% of the nation’s coal. It is known for sprawling open pits, as opposed to underground mines more common in Eastern states.

Coal from the Powder River Basin currently goes for about $12 per ton, while Appalachian coal costs upward of $42. The higher AML fee for surface mines combined with the lower cost of Powder River Basin coal puts more financial pressure on that region’s miners, Kay said.

Wyoming is also one of a handful of "certified" states and tribes that have completed all high-priority coal mine reclamation, according to the Office of Surface Mining Reclamation and Enforcement.

Tension arose between certified and uncertified states during 2006 AML negotiations as they jostled for a larger chunk of funds distributed through a complicated formula (Greenwire, Aug. 19, 2019).

Lawmakers struck a compromise that year that involves the certified states getting their portion from the general Treasury rather than the AML fund. It was a way to bring East and West together.

The deal also included shoring up United Mine Workers of America pension benefits. It was all a winning combination.

Barrasso spokesperson Laura Mengelkamp said discussions with Manchin and other senators are ongoing. She noted that Barrasso’s bill would release $2.2 billion in unallocated AML balance to high-priority projects in uncertified states.

"Sen. Barrasso looks forward to working with his colleagues this Congress and into the next Congress, if needed, to continue funding for state and tribal AML programs while providing some financial relief for coal producers who pay the fee," she said in an email.