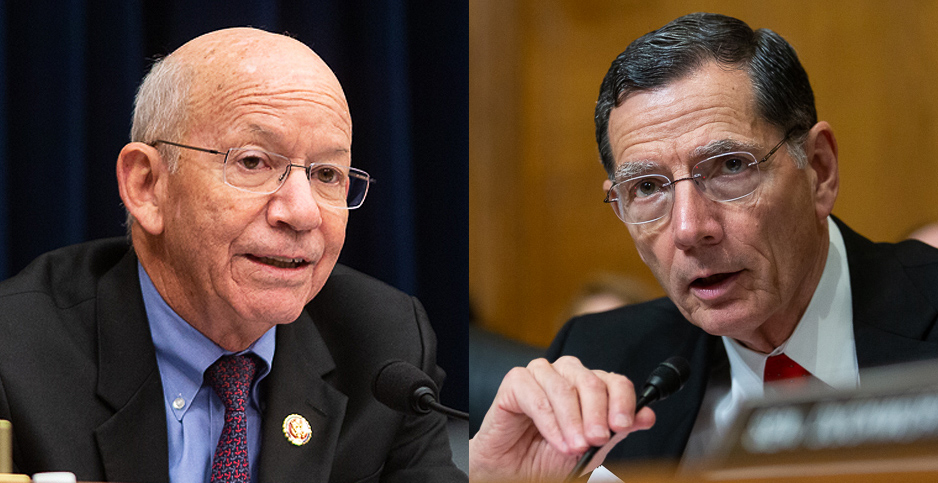 House members are now slated to cast their votes as early as tomorrow on S. 1811, the "Water Resources Development Act of 2020," which will come up under suspension of the rules, a way to fast-track noncontroversial measures.

The fate of the bill has been a source of anxiety for congressional onlookers as negotiations between staffers on the Senate Environment and Public Works and the House Transportation and Infrastructure committees quietly continued in recent months.

Sources said those talks ran into trouble over questions of how to pay for a more ambitious package, an assertion that House and Senate staffers have pushed back on.

And yet noticeably left out of the final product are provisions in bicameral bills surrounding drinking water, wastewater and stormwater.

Now industry groups are hoping an infrastructure bill early next year under an incoming Biden administration might serve as a vehicle for those provisions, including pandemic relief for utilities, left on the cutting room floor.

"It is disappointing Congress was unable to provide needed new funding for public clean water utilities in the final WRDA package, especially given the amazing work these utilities have done on the front lines of public health protection since the beginning of the COVID-19 pandemic," said Nathan Gardner-Andrews, general counsel and chief advocacy officer for the National Association of Clean Water Agencies, or NACWA.

The final WRDA 2020, a reauthorization conducted every two years, is focused mainly on the Army Corps of Engineers and builds upon H.R. 7575, which the House passed unanimously earlier this year.

The bill would authorize construction of 46 Army Corps projects, as well as 27 feasibility studies for water resources development projects. The bill would direct the Army Corps to complete six comprehensive river basin studies for the Great Lakes, the Mississippi and Sacramento rivers, and the Missouri River Basin.

It would also provide the authority to appropriate $2 billion in additional funds from the Harbor Maintenance Trust Fund.

According to a fact sheet accompanying the bill, that money — when combined with a previously enacted provision from the Coronavirus Aid, Relief and Economic Security (CARES) Act — would provide for up to about $4 billion in annual expenditures for port maintenance.

It would also direct the Army Corps to deauthorize up to $10 billion in "outdated and antiquated construction authorities, which is equivalent to the expected cost of the projects and authorities contained in WRDA2020," according to the fact sheet Democratic staff on the House Transportation and Infrastructure Committee prepared.

Conservationists applauded the inclusion of provisions that address climate change and ensure the Army Corps considers natural and nature-based infrastructure projects, and that those alternatives are eligible under the agency’s continuing authorities programs.

The bill would also allow for the corps to calculate the benefits of sea-level rise on specific projects and requires the secretary to consider, when requested, whether the need for the project is predicated upon or exacerbated by conditions related to sea-level rise.

The Army Corps would be authorized to study communities repeatedly devastated by flooding, and the bill promotes the beneficial reuse of sediment by establishing a national policy that recognizes the economic and environmental value of reusing clean dredged materials for ecosystem restoration or storm damage reduction projects.

Under the bill, the Army Corps would prioritize environmental justice considerations, as well as affordability in economically disadvantaged communities, minority communities and rural communities.

"This forward-thinking bill will better prepare the nation for extreme weather, elevating nature’s ability to protect communities and helping to level the playing field for flooding solutions that incorporate natural systems, such as wetlands, dunes and floodplains," said Jessie Ritter, director of water resources and coastal policy for the National Wildlife Federation.

Left out of the bill is a laundry list of items the water sector has been pushing for months amounting to billions of dollars in pandemic relief.

NACWA, representing more than 300 public wastewater and stormwater utilities, estimated the pandemic caused almost $17 billion in losses on an annual bases — or about 20% of revenue to utilities as water usage declines.

The group supported language in the "America’s Water Infrastructure Act" and the House bill, which would have reauthorized the Clean Water State Revolving Fund program at increases of $14 billion over five years and $7.5 billion over three years, respectively.

"As the primary federal clean water funding tool that communities utilize to help meet their [Clean Water Act] obligations and infrastructure needs, the [revolving fund] will be needed more than ever in the coming years," NACWA CEO Adam Krantz told House and Senate leaders in August.

NACWA was also pushing for reauthorization and refinement of the Water Infrastructure Finance and Innovation Act, or WIFIA, of more than $50 million per fiscal year, and funding to manage nonpoint source pollution.

Still, a statement the House Transportation and Infrastructure Committee released as part of a fact sheet tied to the bill said the process was bipartisan and successful.

The committee, according to the statement, "has again demonstrated its commitment to addressing the critical infrastructure needs of the nation, in a bipartisan manner, and shown that WRDA still works."