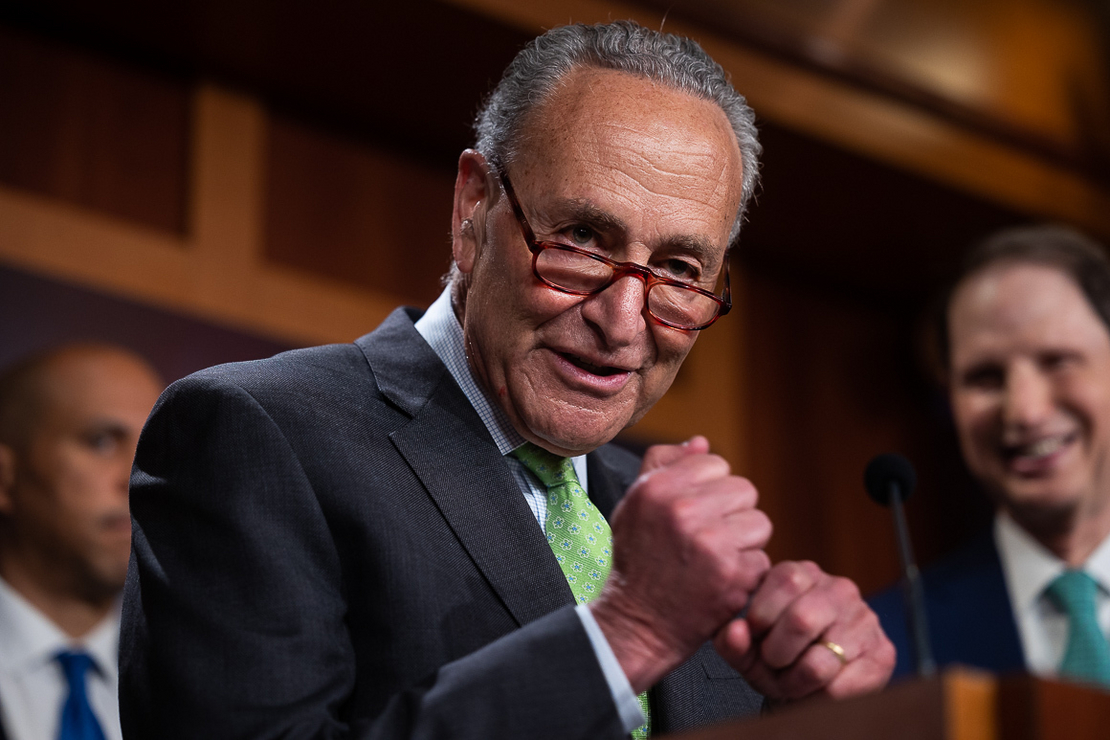 Congress is poised to raise the nation’s debt ceiling through the midterm elections. Also on the agenda this week is passage of the fiscal 2022 National Defense Authorization Act.

Lawmakers went into December with what seemed like an insurmountable to-do list: funding the government, raising the debt ceiling and clearing the annual defense bill. And all three major issues were stuck in partisan gridlock.

But lawmakers on Dec. 2 approved a continuing resolution to keep the government running into February, despite a last-minute shutdown threat. And last week negotiators released and the House passed a compromise NDAA after weeks of delay.

The debt ceiling appeared to be the most intractable issue. Republicans have for weeks insisted on Democrats using the budget reconciliation process to prevent a default themselves. Democrats refused and made no visible moves in that direction.

In the end, Senate Minority Leader Mitch McConnell (R-Ky.) and several other Republicans agreed to a process to allow the chamber to raise the debt ceiling by simple majority. The House and Senate last week approved the initial bill in the process and votes on the actual debt measure will happen this week (E&E Daily, Dec. 10).

"We successfully avoided a needless government shutdown, we cleared the path to address the debt ceiling and avoid a default, and now we are close to passing an annual defense bill on a bipartisan basis as we have done for decades," Senate Majority Leader Chuck Schumer (D-N.Y.) said.

The Senate will return today to vote on judicial nominees. The House will also be in this week, but that chamber is waiting until the Senate acts on the final debt ceiling bill before taking a final vote and sending it to the president.

The House passed the NDAA 363-70. In the Senate, Republicans may try once again to attach new amendments, but leaders appear poised to push the bill through without any further changes.

The defense bill includes new money for chemical cleanups, and mandates on energy and climate change. Not in the deal are new sanctions against the Nord Stream 2 natural gas pipeline from Russia into Germany (E&E Daily, Dec. 8).

The House will also vote this week on whether to hold former Rep. Mark Meadows (R-N.C.), the Trump White House’s last chief of staff, in contempt.

Another measure slated for a vote is a bill (H.R. 6204) that would create a new office in the State Department to combat Islamophobia. The legislation comes after comments from Rep. Lauren Boebert (R-Colo.) that suggested Rep. Ilhan Omar (D-Minn.) was a terrorist. Some House members, including Natural Resources Chair Raúl Grijalva of Arizona have called for Boebert to be censured and removed from her committees (E&E Daily, Dec. 3), but Democratic leaders have resisted those calls.

With the December calendar open, Democrats can focus their attention on the $1.7 trillion budget reconciliation bill that’s making its way through the Senate parliamentarian. Lawmakers are still also negotiating policy tweaks, including on energy and climate (E&E Daily, Dec. 8).

Schumer has set an ambitious deadline to pass the package by Christmas. Asked whether she would bring the House back to vote on a final budget reconciliation plan, Pelosi said, "Where are they going that we’re calling them back?" She said about the impending holidays, "We hope we have this done before then. That would be my hope."