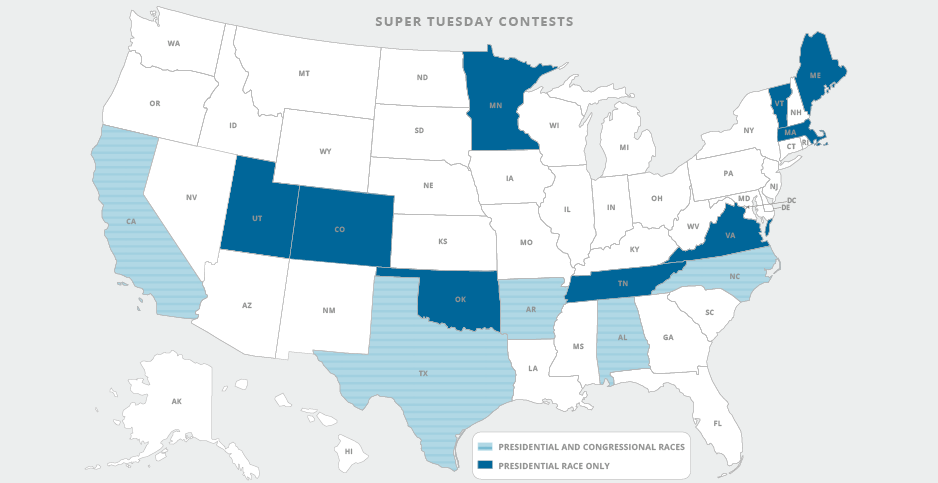 Texas and California are among the states holding House and Senate primaries on Super Tuesday.

Dozens of races will test the power of Green New Deal candidates and reflect changing demographics and party identification in both California and Texas.

Voters in Alabama will select the GOP nominee to face off against Sen. Doug Jones (D), considered one of the most endangered incumbents this cycle.

And in California, several ousted GOP House members are looking to make a comeback but have to first make it through the primary.

This week’s contests will also show the impact of redrawn House maps in North Carolina with multiple open seats meaning primaries on both sides of the aisle.

Here are the Senate and House contests to watch tomorrow, one of the busiest days of the 2020 primary calendar.

Republicans will pick their candidate to run against incumbent Jones. The GOP primary winner has a good chance of winning the general race.

Former Sen. Jeff Sessions, who left his position in 2017 to become Trump’s attorney general, is in the polling lead, followed by Tommy Tuberville, former head football coach at Auburn University.

Other hopefuls include Rep. Bradley Byrne and former Alabama Chief Justice Roy Moore. Trump, who clashed with Sessions, has not endorsed a candidate in the race, a move Tuberville and other conservatives have cited as a snub of the former attorney general.

California has a "jungle primary" system in which all candidates, regardless of party, are on the primary ballot. The top two finishers will advance to the final election in November.

A competitive Senate race and open House seats, resulting from a court-ordered redrawn congressional map, are creating crowded primaries in this state.

In North Carolina, party nominees need to receive 30% of the vote, otherwise the top two primary finishers will advance to an April 21 runoff.

Ahead of a competitive race this fall, incumbent GOP Sen. Thom Tillis, first elected in 2014, is expected to coast to his party’s nomination against three lesser-known and underfunded challengers.

North Carolina will have three open-seat House races, and two of those races now strongly favor Democrats after the court-mandated redrawing of congressional maps.

The winners of those Democratic primaries this week will be heavily favored in the general elections, while a third seat in the western part of the state remains a conservative stronghold.

Democrats are lining up to challenge Republican Sen. John Cornyn after a strong Senate run by Democrat Beto O’Rourke against Sen. Ted Cruz in 2018, while several GOP House retirements are creating competitive primaries.

In Texas, party nominees need to win more than 50% of the vote to secure the nomination, otherwise the top two primary finishers will advance to a May 26 runoff.