Conservation, the grid, EVs: What to watch in Biden pitch 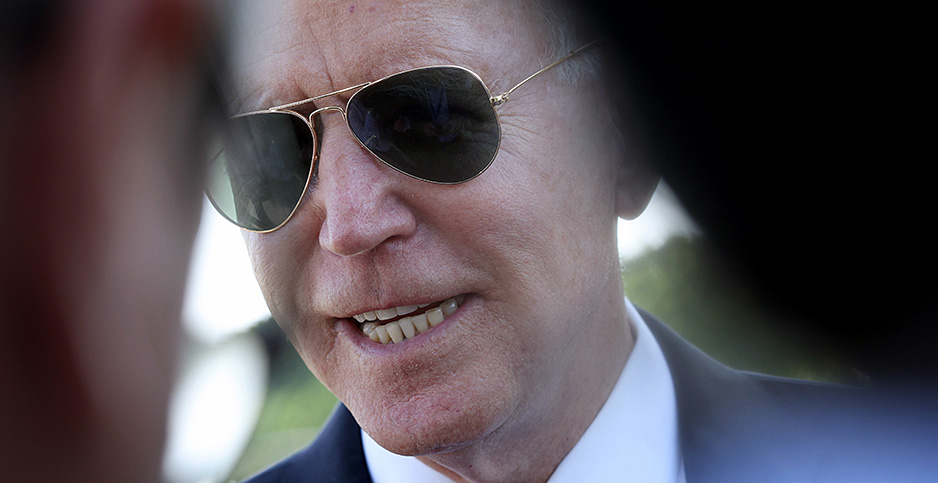 Energy and environmental priorities for the Biden administration will become clearer when the White House releases its full fiscal 2022 budget request tomorrow morning.

Earlier this spring, President Biden outlined a $1.52 trillion discretionary spending plan for fiscal 2022, which would be a $118 billion — 8.8% — increase over current funding.

But that preliminary text offered mainly top-line proposals for agencies, with this week’s blueprint set to contain the traditional breakdowns of program and project spending as well as tax proposals.

Here are five areas to watch as Biden details his budget plan:

The White House will spell out where it intends to target $8 billion in clean energy research and development dollars, a 27% increase over current spending that has support from both parties.

"Climate goals are really dependent on getting these technologies developed and then deployed," said Dan Byers, vice president for climate and technology at the U.S. Chamber of Commerce’s Global Energy Institute.

Byers said he expects programs authorized in last year’s bipartisan Energy Act to begin providing funding for many clean energy initiatives. The legislation, the first significant update of energy policy in more than a decade that passed as part of the year-end omnibus, focused on "innovation" technologies to help reduce emissions.

Byers said among the areas where the Chamber would like to see more research and development spending is on carbon capture, nuclear and energy storage technologies.

Sen. Brian Schatz (D-Hawaii), an appropriator, said he would go even further and double Biden’s initial proposed spending for the Advanced Research Projects Agency-Energy to $1 billion.

"There’s always the question of how much you can reasonably expand, but when we asked, they felt they could double in size and still keep the quality of research," he added.

Schatz said he also favors Biden proposals for creating new ARPA agencies focused on ocean and climate research that should be fleshed out in the request. "I think it’s a good model," he added.

Fiscal 2022 marks the first year Congress will be required to spend $900 million annually on the Land and Water Conservation Fund, under the Great American Outdoors Act that Congress passed last year.

Those dollars will automatically be included in the mandatory budget. Biden already has jettisoned controversial Trump administration policies that would have handed state and local officials some veto power over LWCF land acquisitions. Lawmakers are eager to begin shaping how the LWCF dollars are spent.

"Think about the infrastructure debate going on in this country. Why not start with our national parks?" said Sen. Steve Daines (R-Mont.), a major backer of the Great American Outdoors Act.

The senator said he has already been working with national park superintendents to determine what projects can tap into LWCF funds, including efforts aimed at upgrading water systems and employee housing at parks.

Biden also is likely to offer more spending details on his "30×30" plan, an initiative for preserving 30% of U.S. lands and water by 2030. His budget outline suggested $200 million would go toward "science-based" conservation work tied to 30×30.

Unlike the LWCF funding, though, there is already growing opposition to 30×30 from Republicans, particularly House conservatives, who dismiss it as a federal "land grab" that could expand if more dollars go toward it.

Lawmakers continue to hash out a multitrillion-dollar infrastructure bill on Capitol Hill. But expect the budget to highlight where the White House would like some of those dollars to go.

Senate Environment and Public Works Chair Tom Carper (D-Del.), whose committee advanced a $350 billion surface transportation bill yesterday that will be part of any broader infrastructure deal, said he expects the fiscal 2022 budget to make some initial investments aimed at electric vehicles (Greenwire, May 26).

Carper wants the budget request to offer a down payment for $2.5 billion for alternative fuel corridors along the national highway system and build out EV charging infrastructure across the country over several years sought in the surface transportation bill.

"It would be nice to see some proposal from the administration that would really help us focus on the largest sources of carbon emissions in our country, and that is mobile emissions," said Carper, referring to his push to build 500,000 new EV charging stations.

However. Sen. John Kennedy (R-La.), the ranking member on the Energy-Water Appropriations Subcommittee, echoed a point increasingly common in the GOP that he’s skeptical of any infrastructure spending, including on EVs, that goes beyond traditional projects.

Biden "wants the Green New Deal, but that is not infrastructure. Infrastructure is road, bridges, ports, sewer, broadband," he added.

One infrastructure area overlooked in Biden’s first budget offering that could emerge with more funding this week is grid security.

Lawmakers from both parties and the Energy Department have signaled more must be done at the federal level to protect critical infrastructure, in the wake of the recent ransomware attack on the Colonial pipeline.

The White House’s budget will offer the clearest picture yet for how it will pay for infrastructure and other priorities.

Biden seems likely to align himself with Senate Finance Democrats who yesterday passed a revenue bill that would restore an Obama-era clean energy tax break, known as 48C advanced energy manufacturing credit (see related story). It would do so by eliminating or consolidating dozens of energy tax breaks, including repealing fossil fuel breaks.

The administration would find an ally among green groups, who praised the Democrats’ tax package yesterday as "visionary legislation" that will accelerate the nation’s transition to clean energy and create well-paying clean energy jobs.

Kennedy said he expects the budget to end most fossil fuel tax breaks as Democrats have proposed in the past.

"Biden loves taxes like the devil loves sin," he added.

Republicans will work with fossil fuel groups, including the American Petroleum Institute and the Independent Petroleum Association of America, against ending the favorable tax treatment by arguing oil- and gas-related companies employ 11 million workers domestically.

Greens are thrilled that Biden is proposing billions of dollars in new spending on climate initiatives for fiscal 2022, but they want to be sure that money goes toward environmental justice, or EJ, efforts in hard-hit communities.

"What we are particularly looking at is that the money is funded around communities of color and those disproportionately impacted by the cumulative impacts of climate change and environmental pollution," said Kirin Kennedy, deputy legislative director for the Sierra Club.

Kennedy anticipates about half of EPA’s estimated $2 billion, or a 21% increase over current spending, will go toward EJ programs. She said those should include funds for clean water and clean air grant programs and Superfund and brownfields cleanup efforts.

Lawmakers are also keeping tabs on the administration’s progress in meeting EJ goals, some of which will come in the budget.

Rep. Nanette Barragán (D-Calif.), a member of the Energy and Commerce Committee who leads the Congressional Hispanic Caucus climate change task force, wrote along with 13 other CHC members to the White House this week, backing its Justice40 plan that calls for 40% of all climate investments to go to disadvantaged communities.

"Every dollar spent through this initiative will help the administration meet its goal. This prioritization of equity and justice should be a priority whenever possible for newly created programs," the letter said.