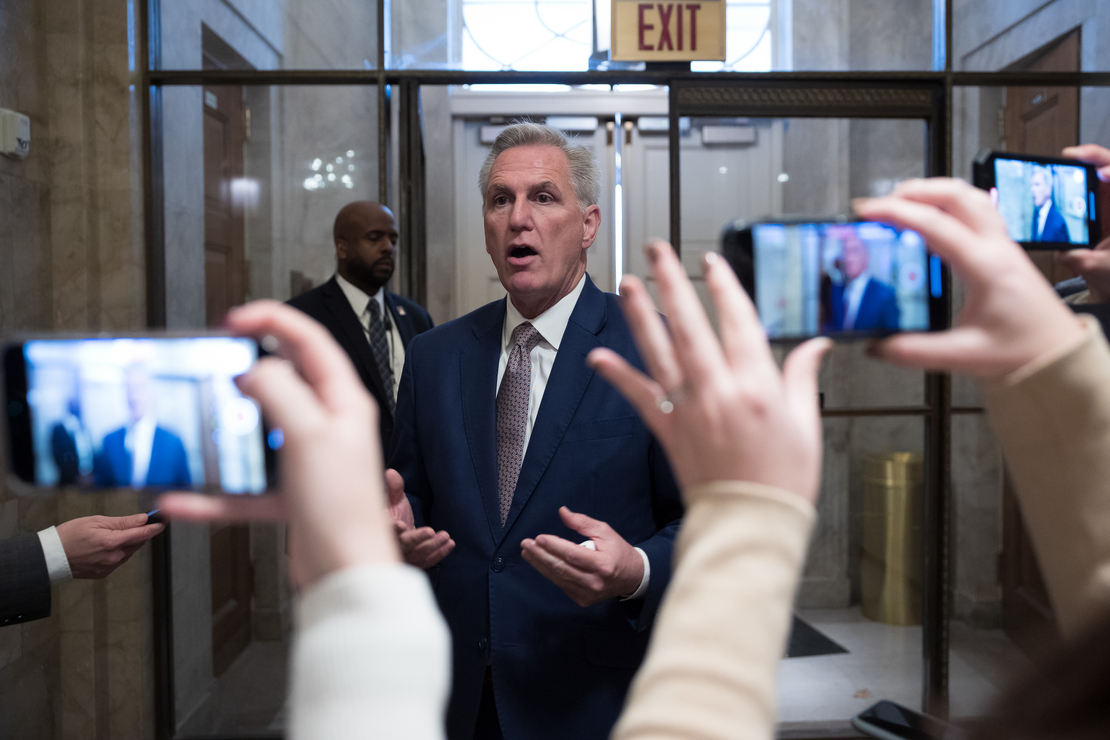 Conservative clean energy groups have built considerable influence with Republican lawmakers over the last four years. Now they’re set to take a leading role as the GOP prepares to take over the House.

ClearPath, Citizens for Responsible Energy Solutions and a coalition of similar organizations have spent millions on lobbying efforts and have consistently gotten an audience with lawmakers to make the case for the “energy innovation” agenda. They’ve become star witnesses for Republicans at hearings.

Leaders of the groups say their ultimate plan is to rival Democratic efforts.

“If you look at the Democrats, they’ve got this huge ecosystem of folks out there to turn to for research and analysis and fellows to come and work in their offices and universities to release reports,” said Rich Powell, CEO of ClearPath. “Conservative policymakers just haven’t had that same ecosystem around them, and so we’re trying to help with that.”

House Democrats have held dozens of hearings on climate change since taking control of the House in 2019. Often, Republicans responded by inviting Powell to testify.

Powell and other ClearPath witnesses typically offer in-depth testimony about clean energy technology and the grid. But Republicans also see Powell as a vector for their questions and a sounding board for their talking points.

“We’ve got our five things. It’s all about reliable energy, it’s about affordable energy, it’s about clean energy, exportable energy and secure supply chain,” said Louisiana Rep. Garret Graves, the top Republican on the Select Committee on the Climate Crisis. “I do believe that those groups are most thoughtful in terms of strategies that help achieve those.”

Democrats say they appreciate that Powell and other leading conservative climate advocates are trying to bring Republicans along on climate change, even if lawmakers on the left are critical of the GOP for not going far enough to address greenhouse gas emissions.

“They’ve been needed voices to build the bridge with the GOP,” said Rep. Kathy Castor (D-Fla.), chair of the Select Committee on the Climate Crisis. “They come from a business perspective and understand that the clean energy, the battery plants, the mineral processing — that is the future.”

Powell’s organization has spent more than $1 million lobbying in each of the last three years, according to federal records. In the third quarter of 2022, the most recent publicly available filing, ClearPath spent $370,000 lobbying on clean energy issues, annual spending bills, and the CHIPS and Science Act.

Citizens for Responsible Energy Solutions, or CRES, has developed a sizable lobby shop of its own, spending $1.21 million in 2022. That’s after the group spent nearly $2 million lobbying in 2021.

Conventional left-leaning environmental groups have a much larger political presence through their affiliate super political action committees than do CRES or ClearPath. But as a point of comparison, the League of Conservation Voters has spent just $510,000 lobbying in 2022, even as it supported a massive climate bill — the Inflation Reduction Act — as it made its way into law.

The conservative efforts are relatively well-funded. According to Powell, ClearPath is endowed primarily by its founder Jay Faison, a businessman who has also been involved with the Nuclear Energy Advisory Council and the American Energy Innovation Council.

The idea behind the effort was to educate rank-and-file staffers about how the party has evolved on climate change and the kinds of policies the GOP plans to advocate, said CRES President Heather Reams.

“When we got started a couple years ago, it was us and it was CRES, and it was a pretty lonely crowd. There were programs at a number of the generalist conservative and libertarian think tanks, but it was a small party,” Powell said. “And now it’s terrific that we’ve seen other organizations come along and start to grow and take on real policy priorities.”

ClearPath, CRES and the American Conservation Coalition were all founded less than a decade ago.

During the Obama years, many congressional Republicans loudly and openly denied the overwhelming scientific consensus that showed greenhouse gases were warming the planet.

By 2018, however, many in the party had dropped that position, spurred on in part by polling from conservative clean energy groups that showed climate denial was unpopular, particularly with younger voters.

House Minority Leader Kevin McCarthy (R-Calif.), who is looking to become speaker next year, formed a Climate, Energy and Conservation Task Force, led by Graves, to develop policy for the party ahead of the 2022 midterms.

“In the early days, even talking about the word climate seemed like you were not a Republican anymore,” Reams said. “And here we have a task force on energy, climate and conservation because these three items go together.”

Despite the recent movement on climate, Republicans still don’t support new regulatory regimes or even a carbon tax. GOP lawmakers also vehemently opposed the Inflation Reduction Act, a historic suite of clean energy investments that many experts say is vital to reducing U.S. greenhouse gas emissions and meeting the nation’s goals in order to keep warming under 1.5 degrees Celsius above preindustrial levels.

But Quill Robinson, vice president of government affairs for the American Conservation Coalition, noted that the Conservative Climate Caucus, led by Rep. John Curtis (R-Utah), is among the largest groups in Congress and that Republicans may be led by a speaker next year who has unveiled a climate plan.

“I’ve heard all the different criticisms about those two things, the caveats and all of that,” Robinson said. “But when I think back to 2018 and the state of the conversation then, we’re living in a completely different world.”

Many in the environmental community see attempts to develop Republican climate policy as misguided at best and disingenuous at worst.

Even some of their compatriots aren’t fully satisfied by the “energy innovation” agenda.

“We will fail in our climate ambitions if we don’t align markets with our climate goals,” said Alex Flint, a former Republican congressional staffer who now leads the pro-carbon pricing group Alliance for Market Solutions.

Still, other conservative climate advocates argue Republicans helped make strides with the energy innovation agenda in the bipartisan energy policy bill in 2020, if not the Inflation Reduction Act.

And across the board, they said they would like to see permitting reform on the Republican agenda next year. That’s especially true since the effort by Sen. Joe Manchin (D-W.Va.) to get an overhaul of environmental rules across the finish line this year appears to have all but ended (E&E Daily, Dec. 8).

“I’d actually now call that part of the innovation agenda,” Powell said. “We’re not going to get the innovation done unless we’re reforming permitting, much less all the deployment that needs to happen.”