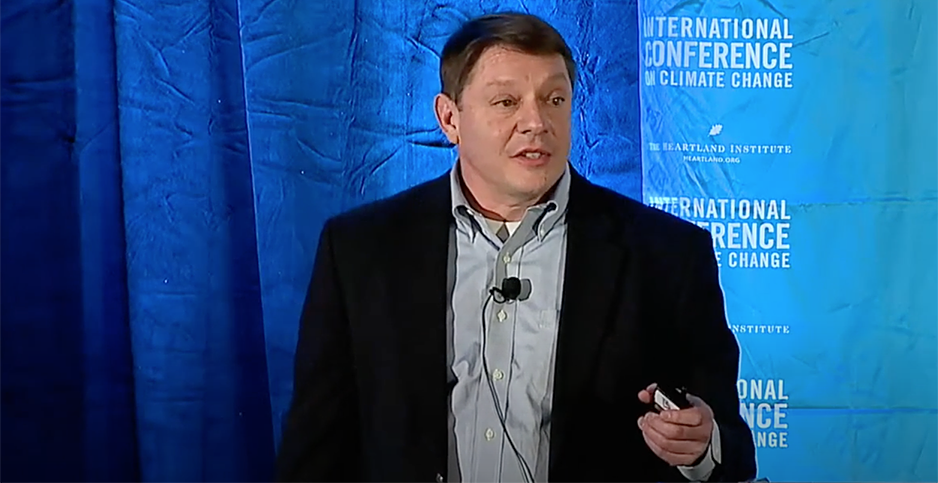 So Milloy, an ally of former President Donald Trump and a climate science critic, filed a proposal that called for Exxon to ban future shareholder resolutions. It’s one of a handful of proposals Milloy has submitted this year targeting the environment, social and governance, or ESG, efforts of companies he’s invested in.

“There is a cancer on Exxon Mobil. That cancer is climate activist shareholders,” he said last month at the oil giant’s shareholder meeting. “We must stop Exxon Mobil-hating activists from turning the annual meeting into a climate clown show so they can take over the company.”

Conservative shareholder activists have filed twice as many proposals this year as they did in 2021, according to one count. While they haven’t done well — Milloy’s pitch at Exxon received less than 2 percent support, for example — conservative activists and business experts said resolutions with minimal shareholder backing still can have an impact on corporate leaders.

“By submitting a very conservative leaning proposal — even if they represent a tiny constituency of the company — it’s a reminder to everyone that there is a constituency of the company that feels differently,” said Mary-Hunter McDonnell, a management professor at the University of Pennsylvania’s Wharton business school. “That makes it more likely that the leaders will temper their responses to the more liberal-leaning asks.”

Aside from Milloy, other conservative activists filing shareholder resolutions include officials from the National Center for Public Policy Research and the National Legal and Policy Center, or NLPC. They are part of a broader conservative assault on ESG investing that’s being led by Republican policymakers (E&E Daily, June 7).

Together, conservative activists have placed 52 proposals on the ballot at major U.S. companies, according to an analysis from Georgeson LLC. Their proposals “are often critical of the evolving ESG landscape,” the shareholder consultancy said last week in an early review of the annual meeting season.

None of the conservative proposals have come close to winning the support of a majority of shareholders.

‘This is our shot’

Even conservative resolutions that are similar to ones that have passed at other companies have failed.

They include a proposal NLPC filed at Meta Platforms Inc. that called for greater disclosure of the Facebook parent company’s charitable contributions.

Yet Paul Chesser, the director of NLPC’s new Corporate Integrity Project, likely didn’t help his case when he used his brief speaking slot at Meta’s annual meeting to promote climate and vaccine misinformation and suggest that President Joe Biden’s election victory was illegitimate.

“I’d ask you to vote in favor of our resolution, but there’s really no point,” Chesser concluded. “Like 2020, this election is rigged.”

That view stands in contrast to reality. In December 2020, then-President Trump’s former top election security official called that year’s election “the most secure in U.S. history.” Since then, post-election audits have failed to turn up enough potentially fraudulent votes to put in doubt Biden’s victory.

Founded in 1991, NLPC employs a handful of staff members and sported a budget of $2.4 million in 2020, according to its most recent annual tax filing. While the group doesn’t reveal its major donors, many small family foundations have disclosed contributions to NLPC.

Chesser started working full time for the group last October and estimated that he filed more than two dozen shareholder resolutions for this annual meeting season. Most of them were focused on encouraging corporations to disclose more information about their public policy engagement efforts.

But he isn’t concerned that his hard-right presentations could turn off potential supporters of NLPC’s proposals.

“We get only three minutes — sometimes only two minutes to talk about stuff — and we want to address our issues,” he said in an interview. “This is our shot.”

Like other conservative activists E&E News interviewed for this story, Chesser said he is less concerned with attracting votes for his proposals than he is with having his voice heard in the press and the C-suite.

“You represent success because you’re talking to me right now, and you wouldn’t have been if we weren’t doing it,” he said of NLPC’s shareholder activism campaign.

Chesser and other conservative activists are aiming to counter the influence sustainable investment advocates have had in corporate boardrooms.

“Hopefully this is the beginning of a more aggressive or ambitious effort from our side,” Chesser said. “Because we basically ceded the ground to the left all these years with regard to shareholder activism, and the left has … had great success.”

This annual meeting season, most of the National Center for Public Policy Research’s 30 proposals have called for companies to audit how their diversity, equity and inclusion efforts affect white men.

But the 40-year-old group also filed a proposal calling for JPMorgan Chase & Co. to convert to a public benefit corporation — a novel legal structure that would better allow the bank to balance shareholders’ financial interests with those of stakeholders impacted by the company (Climatewire, May 10, 2021).

Yet at the JPMorgan shareholder meeting last month, a National Center official urged investors to reject its proposal — and the bank’s efforts to take a broader view of its corporate responsibilities.

“By adopting the stakeholder model and capitulating to ESG, which is plagued by woke nonsense, JPMorgan has participated in this scam against everyday Americans on the shareholder dime,” said Ethan Peck, an associate of the group’s Free Enterprise Project.

“JPMorgan isn’t fit to be a public benefit corporation,” he added. “[J]oin us in demanding that JPMorgan Chase & Co. stick to banking and obey its legal obligations to its shareholders.”

Scott Shepard, who leads the Free Enterprise Project, told E&E News the National Center opposes ESG efforts such as projects that reduce corporate emissions because they are being done “on a political schedule rather than on one that makes financial and technological sense.”

The group also has a program that says it “considers health policies such as food, nutrition, tobacco and e-cigarettes, pharmaceutical and environmental issues, from a free-market and science-based perspective” and an environmental institute that seeks to cast doubt on climate science.

The National Center has a staff of more than a dozen people, and it brought in more than $8.2 million in 2020, its tax filing shows. Milloy is one of its adjunct fellows, although Milloy said he doesn’t coordinate his shareholder advocacy efforts with the group.

The National Center doesn’t list its donors. But the American Chemistry Council, a trade association for emissions-intensive producers of plastics and chemicals, disclosed donating $10,000 to the group in 2012 and $20,000 in 2016.

Shepard said the Free Enterprise Project’s efforts to slow the pace of climate action weren’t done on behalf of corporate contributors to the National Center.

Sustainability advocates say they aren’t concerned about the spike in conservative shareholder resolutions.

“If they’re bona fide shareholders, they have a right to file a resolution and all shareholders will vote on it,” said Andrew Behar, the CEO of As You Sow. “That’s part of capitalism.”

Behar’s shareholder advocacy nonprofit was the most prolific filer of environmental resolutions this year, according to Georgeson’s data. Five of its 22 resolutions that have come to a vote so far this year have passed, including one that urged the refining company Phillips 66 to publish a report on how it could shift its plastics production business from using virgin polymers to recycled ones.

Most conservative proposals are ignoring the danger that climate impacts such as wildfires, floods, droughts and sea-level rise pose to businesses and investors, Behar argued.

“These conservative resolutions are a resistance to change. So, I think that’s why they’re failing,” he said. “Investors want their companies and their management of their companies to acknowledge risk, to deal with risk, at an operational level.”

Conservatives are attempting to put off the corporate reckoning with climate risk that sustainability advocates and the Biden administration are calling for, according to Wharton’s McDonnell. Their shareholder resolutions are “an attempt to try to muddy the signal,” she said.