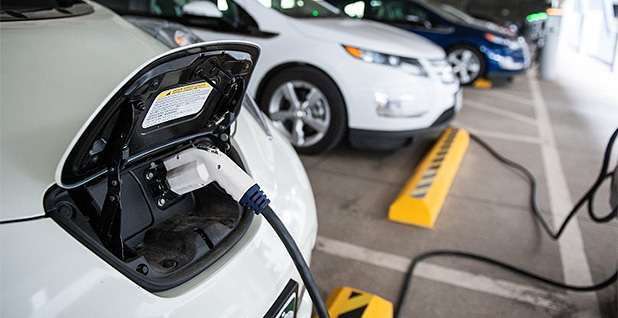 A dispute among electric vehicle charging companies vying for business in California has spilled into the open, as members of a leading trade organization filed comments with state regulators accusing other members of hurting competitiveness in the industry.

At the center of the conflict is Electrify America, a subsidiary of automaker Volkswagen. It is required to spend $800 million over a decade in California to build a network of EV charging stations as a penalty for its "dieselgate" emissions scandal.

That pot of money — an enormous sum for the fledgling EV charging industry — has triggered a split at the Electric Vehicle Charging Association, or EVCA, a consortium of charging equipment suppliers founded three years ago. The argument brings to light simmering conflicts within the EV charging industry.

Its members have sought to speak in harmony around a message of economic development and fighting climate change, but amid a wave of dollars and competition, the gloves are coming off. Those opposing Electrify America accuse it of crowding out competitors; those in support of Electrify America say the opponents are prioritizing their own businesses over badly needed investments that would help everyone.

Those occupying the opposing sides of the issue also fall neatly along another axis: those who have lucrative contracts with Electrify America, and those who don’t.

The tenor of the debate is captured in a letter from Maryland-based SemaConnect that announced it had canceled its membership in EVCA.

"SemaConnect and EVCA are diametrically opposed on the fundamental role that Electrify America, electric utilities and similar entities need to fill within the EV industry. SemaConnect strongly supports their role; EVCA strongly opposes it. This is a foundational issue not just for our company, but for our country," wrote Josh Cohen, SemaConnect’s director of policy and utility programs.

At issue is the amount of oversight that CARB will exercise over Electrify America.

Three weeks ago, EVCA filed a letter with CARB asking it to revise Electrify America’s spending plan. It accused Electrify America of poaching competitors’ best charging sites (Energywire, Nov. 5). It also opposed significant parts of the VW subsidiary’s spending plan, including up to $115 million to build chargers in metro areas, up to $30 million on highways and as much as $12 million in residential garages.

Then, last week, three of EVCA’s members — SemaConnect, BTCPower and EV Connect — wrote to CARB to say that they disagreed with EVCA’s assessment, and that they wanted Electrify America’s plan approved without delay.

"There appears to have been a breakdown in process at EVCA, which we are investigating. We believe members should have been given the opportunity to object to a letter like this. Indeed, it appears that principally two of the member companies drafted this letter without input from others," wrote Frank Meza, the CEO of BTCPower.

That letter and others don’t spell out who the two member companies are.

EVCA did not respond to emails asking for comment on the issue.