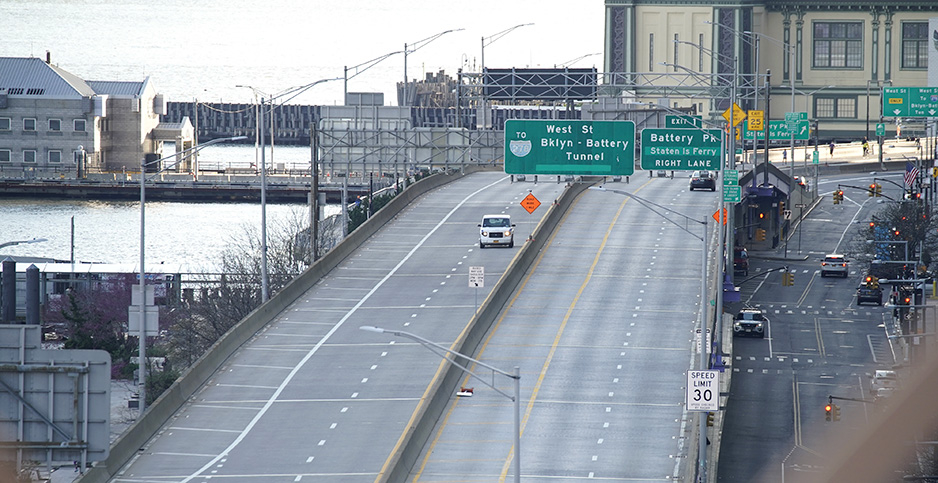 A growing number of prognosticators expect that global carbon dioxide emissions could fall 5% this year as a result of the coronavirus pandemic, amounting to the largest annual reduction on record. But climate researchers say there is little reason for celebration, for people or the planet.

CO2 is a long-lived gas. An annual drop in emissions, even one of historic proportions, is unlikely to dramatically change the concentrations of carbon dioxide swirling around Earth’s atmosphere. Then there is the nature of the reductions. Few think draconian economic lockdowns, like those implemented to halt the virus’s spread, represent a viable decarbonization strategy.

Mostly, the emissions projections show just how much work the world needs to do to green the economy. Holding global temperature rise below 1.5 degrees Celsius, for instance, would require annual emission reductions of 7.6% over the next decade, according to the United Nations’ projections.

"If this is all we get from shutting the entire world down, it illustrates the scope and scale of the climate challenge, which is fundamentally changing the way we make and use energy and products," said Costa Samaras, a professor who studies climate and energy systems at Carnegie Mellon University.

A host of forecasters have produced emission estimates in recent weeks as the world has rushed to understand the fallout from the pandemic. In late March, the Breakthrough Institute predicted global emissions would be down 0.5% to 2.2%. The U.S. Energy Information Administration expects energy-related emissions in America to decline by 7.5% this year, in large part driven by a drop in vehicle miles traveled and a decline in coal generation, which is pushed to the margins by falling electricity demand.

At first glance, such projections are staggering. The United States has averaged emission reductions of 0.9% since 2005. In 2019, preliminary estimates suggest emissions were down 2.1% (Climatewire, Jan. 7).

Yet projections for 2020 already look conservative. Most emissions estimates are tied to economic growth. A few weeks ago, most prognosticators predicted the world economy would rebound in the second half of 2020, resulting in little to no growth for the entire year. The International Monetary Fund now expects the world economy to contract by 3%, with the U.S. economy shrinking by almost 6%.

That prediction comes amid a wave of increasingly grim economic statistics. The International Energy Agency said this week it expects global demand for oil could fall by 9.3 million barrels a day in 2020, the largest annual reduction ever. It expects demand could fall by a whopping 29 million barrels a day in April, reducing consumption to levels not seen since 1995.

In the United States, gasoline consumption has plunged to its lowest levels since 1991. The Federal Reserve’s monthly industrial production report showed factory output dropping in March at rates not seen since the Great Depression.

Steel production for last week is down a third compared with the same time last year, according to industry figures. And demand for electricity is down, though that has been tempered by stable residential consumption (Energywire, April 6).

Such figures have prompted emission forecasters to raise the CO2 reductions projected for 2020. Carbon Brief yesterday revised its global emissions estimate from 4% to 5.5%.

Glen Peters, director of the Center for International Climate Research, said on Twitter that the IMF’s economic projections would equate to a 5.7% drop in emissions this year.

"I think the amount of disruption people have had in their lives from lockdowns will lead to a disappointing drop in emissions," Peters wrote in an email, noting that big-ticket emitters like electricity generation, industry and agriculture are not covered by the clampdowns imposed by many governments.

Yet the scope of the emission reduction in 2020 is almost beside the point, said Taryn Fransen, a senior fellow at the World Resources Institute. Emissions are not falling because of a change in technology or because people have made a long-term change in behavior. They’re falling because governments have ordered their citizens to stay home.

"When we’re talking about cutting emissions, this is not how to do it," she said. "No one is arguing that we should suppress economic activity to reduce emissions."

The more important question, Fransen said, is whether the crisis prompts any long-term shifts in behavior. If people resume flying and driving as they did before the pandemic, the crisis will have a negligible impact on climate. But if it results in more remote work and less commuting, it might lead to a larger, more sustainable reduction in emissions.

Rob Jackson, a Stanford University professor who chairs the Global Carbon Project, pointed to recent data showing vastly improved air quality in cities around the world. He wondered whether the clear skies would result in a greater push toward cleaner technologies.

"We could have this every day if we had a proportion of the [electric vehicles] that Norway had, one-third of light vehicle traffic," he said.

The sentiment illustrates a wider point, analysts said. In recent years, much of the debate over climate policy has focused on individual actions like choosing whether to drive or fly. But even today, with millions of people around the world stuck at home, the world economy is consuming vast quantities of fossil fuel and emitting large amounts of CO2.

The dynamic highlights the limits of individual action and the need to transform how the economy is fueled, said Shahzeen Attari, a professor who studies human behavior and climate change at the University of Indiana.

"I think what we need is structural change, and that comes from transitioning our entire energy system, the type of vehicles we buy, electricity we consume, weatherizing our homes," Attari said. "Individuals can, in aggregate, push the system, but we need to figure out these pathways of pushing the system."

How the world answers that question will be the ultimate measure of emissions in future years.