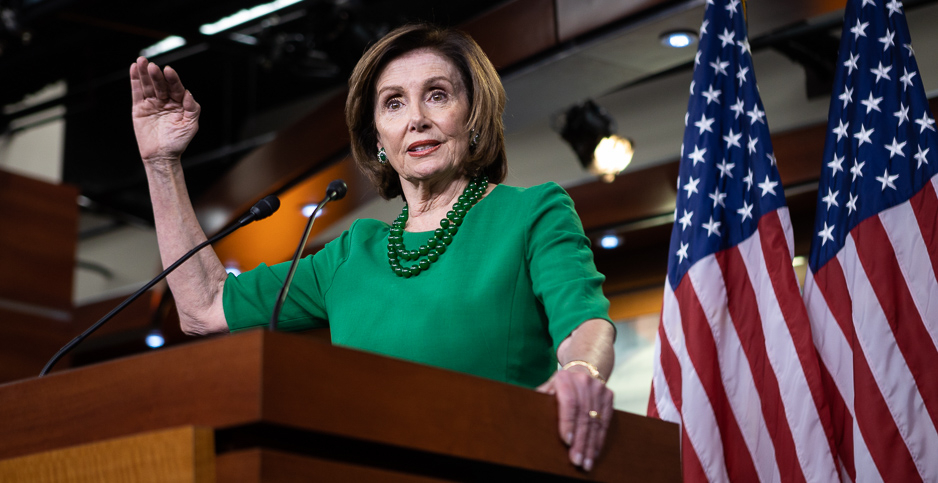 Congress is struggling to reach a deal on legislation to battle the novel coronavirus — even as new restrictions are being put in place to limit access to Capitol Hill amid the worsening outbreak.

The Democrats’ plan focused mainly on aid for families and workers affected by the crisis and expanded testing.

It would not provide any specific aid to industries, such as oil companies, that have been hard hit by the economic downturn.

"Everyone can have a complaint about this or that — I said, ‘Save it for another day,’" Pelosi told reporters this morning.

"We can have an after-action review about how we got into this situation. Save it for another day. Right now, we have to find our common ground, work together to get this done as soon as possible, because we have other needs."

Pelosi rejected comments from House Minority Leader Kevin McCarthy (R-Calif.) that negotiators could come to an agreement within 48 hours, saying Congress is operating in an "emergency status" and needed to act quickly.

Pelosi stressed that there would be a chance to take additional action responding to the virus in future bills and said the current version was aimed at addressing immediate needs.

However, Senate Majority Leader Mitch McConnell (R-Ky.) blasted the bill as an "ideological wish list" that would push unfunded mandates on businesses that would worsen their economic prospects. He said he was "glad" bipartisan talks were ongoing between Mnuchin and the speaker.

Congress is set to leave for a weeklong recess once it finishes the response package, but it was not clear whether that would be by today or tomorrow.

There’s speculation that Congress could stay out longer with the decision this morning to close the Capitol and House and Senate office building to all but lawmakers, staff, press and visitors with official business through April 1.

McConnell tweeted this afternoon, "Notwithstanding the scheduled state work period, the Senate will be in session next week. I am glad talks are ongoing between the Administration and Speaker Pelosi. I hope Congress can pass bipartisan legislation to continue combating the coronavirus and keep our economy strong."

Pelosi declined to talk about the legislative schedule until Congress acts on the response legislation.

Several lawmakers are already opting to close offices and eyeing telework after news emerged last night that a staffer for Sen. Maria Cantwell (D-Wash.) tested positive for the virus.

Cantwell’s office has been closed for deep cleaning, and the staffer had no known contact with the senator after becoming exposed to the virus, said a release.

Some other lawmakers taking measures:

House Democrats, meanwhile, announced this afternoon that their annual legislative retreat set for early April in Philadelphia has been postponed until further notice.

Additionally, a debate set for Sunday evening between Democratic presidential contenders Joe Biden and Bernie Sanders has been moved from Arizona to Washington, D.C., to cut down on cross-country travel. It will be held without a live audience.