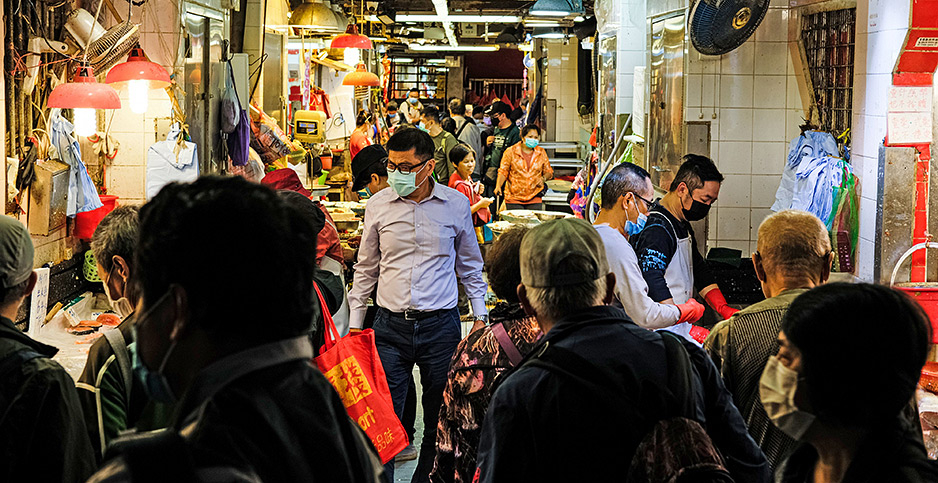 Amid a global effort to contain the novel coronavirus pandemic, wildlife advocates see an opportunity to raise the profile of an issue that rarely gets attention on Capitol Hill: the international wildlife trade.

Environmental organizations are pressing Congress to address both illegal and legal wildlife trade, using the spread of COVID-19 to highlight potential impacts from the industry, including zoonotic diseases.

"It’s not if, it’s when," said the Center for Biological Diversity’s international legal director, Tanya Sanerib, about the spread of infectious zoonotic diseases.

According to the Centers for Disease Control and Prevention, the novel coronavirus likely originated in bat populations before spreading to humans via China’s "wet markets," which include the sale of exotic and domestic animals.

But despite the fact that the United States accounts for an estimated 20% of the global wildlife market — importing some 220 million live animals a year, including many fish and reptiles marketed as pets — Sanerib asserted the issue is one that has seen little traction with lawmakers.

"In this current Congress there hasn’t really been an appetite to address the extinction crisis, unfortunately," she told E&E News in a recent interview.

But with a global focus on the coronavirus outbreak and source of the infection, activists say Congress might try to address wildlife trade within the United States, as well as exert pressure internationally.

"We play a huge role in the movement of wildlife," Sanerib said.

More than 240 advocacy groups also urged the World Health Organization last week to ban live wildlife markets, as well as the use of wildlife in traditional medicine (Greenwire, April 7).

"When you look at the conditions that led to the spread of COVID-19, and the strong link to wildlife species that are highly sought-after in open markets, it’s a clear sign we need to take a hard look at our global wildlife trade, specially the illegal trade," said Defenders of Wildlife senior international counsel Alejandra Goyenechea in a statement.

Ahead of lawmakers’ expected return to Washington — both chambers are scheduled to reconvene April 20, but delays are likely — activists appear to have made some inroads.

In an April 7 letter to Secretary of State Mike Pompeo, a bipartisan group of senators urged the Trump administration to work to close wildlife markets that sell live animals for consumption.

The letter went on to urge the State Department, along with the Fish and Wildlife Service and the U.S. Agency for International Development, to "work to close down unregulated wildlife markets that pose a threat to public health, combat the broader trade in illegal wildlife and wildlife products, and strengthen food safety and security around the world."

The "Protecting All Wildlife Against Trafficking Act" would also reauthorize the Presidential Task Force on Wildlife Trafficking, which is set to expire next year.

A key voice on the Trump administration’s coronavirus task force has also called for such markets to be curbed in a recent interview.

"It boggles my mind how when we have so many diseases that emanate out of the unusual human-animal interface that we don’t just shut it down. I don’t know what else has to happen to get us to appreciate that," Dr. Anthony Fauci, director of the National Institutes of Health’s National Institute of Allergy and Infectious Diseases, told Fox News on April 3.

"I think there are certain countries in which this is very commonplace. I would like to see the rest of the world really lean with a lot of pressure on those countries that have that because what we’re going through right now is a direct result of that," added Fauci, although he clarified he has "no authority" to call for specific changes.