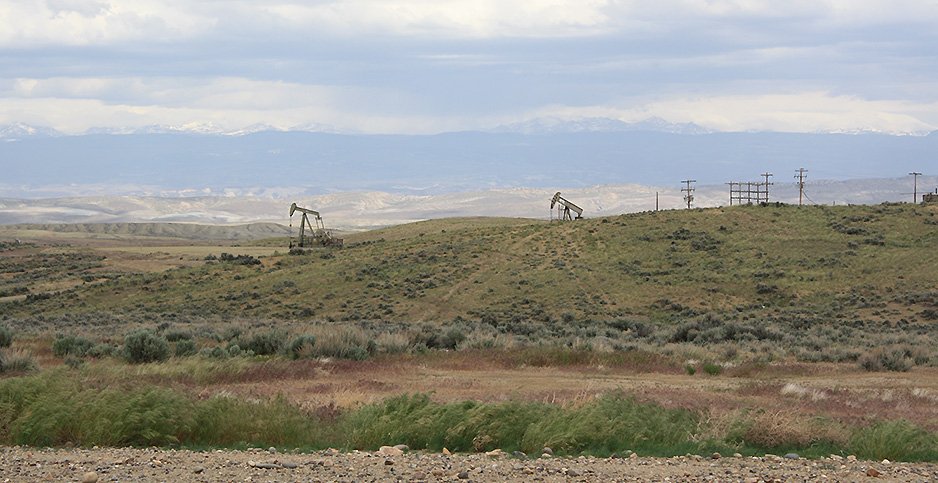 Environmentalists are urging the Interior Department to hit the pause button on policy decisions — from public comment periods to oil and gas lease sales — as the nation attempts to address the coronavirus pandemic, but the Trump administration has shown no indication it plans to do so.

Interior officials announced today that "telework-eligible" Washington-based staff will shift to mandatory telework status, although it has yet to address the bulk of employees who are spread across the country (see related story).

But such shifts won’t affect looming oil and gas lease sales, according to the Bureau of Land Management, since the auctions are already conducted online.

"Most of BLM’s oil and gas lease sales are run entirely via an online platform (only Alaska does in-person sales, and those are not scheduled until November), so no postponement is planned at this time," BLM spokesman Greg Fuhs told E&E News in an email.

BLM is scheduled to hold an auction for New Mexico parcels beginning today, and next week will hold sales for lands in Colorado, Montana, Nevada and Wyoming.

Similarly, Interior has not indicated it plans to freeze consideration of regulatory revisions or extend public comment periods.

Interior, for instance, has in place a March 19 deadline for public comment on a highly controversial proposal for an environmental impact statement to accompany a rule that would limit the protections offered by the Migratory Bird Treaty Act.

More than 1,100 comments have already come in concerning the draft EIS. The rule change would narrow the bird protection law, excluding incidental take, which occurs when injury or death to migratory birds results from, but is not the purpose of, an activity.

An additional 6,800 comments have come in about the proposed rule itself, which also has a March 19 deadline (E&E News PM, Jan. 30).

"Given the significant environmental and legal consequences of this proposal, the public needs more time to thoroughly and fairly evaluate all of the cited material and ramifications of this massive change," Southern Environmental Law Center attorney Ramona McGee wrote last month.

Overall, Interior and its agencies have more than 20 public comment periods set to expire within the next 30 days, covering a wide range from reclassifying the humpback chub from an endangered to a threatened species to a proposed Gulf of Mexico outer continental shelf oil and gas lease sale.

But as efforts to address the viral respiratory illness have thrown much of the United States into an effective lockdown — such as a "shelter in place" order issued in the San Francisco Bay Area — environmentalists are calling on Interior to put nonurgent actions on hold (Energywire, March 17).

"The Interior Department should immediately suspend proposing major new policy changes. Americans should be focused on protecting the health and well-being of themselves and their families, not fighting back more attempts to weaken protections for public lands and wildlife," said Center for Western Priorities Policy Director Jesse Prentice-Dunn, referring to the Migratory Bird Treaty Act.

"There should be a review of all of the ongoing public comment periods and public meetings to determine what is essential right now, and that there should be recognition of the serious disruption that coronavirus is causing to society writ large," said Kelly.

Interior officials could rely on plans drawn up when funding battles have prompted government shutdowns, including the 35-day closure in early 2019.

"Government resources need to be focused on health and safety," Kelly said, "and with Interior Department employees, particularly in the D.C. region, being encouraged to telework from home, there are a number of systems that need to be rebuilt and reexamined at this time."

She added: "Most people’s lives are upended right now, and the public comment deadline should be the least of most folks’ concerns."

But without any indications that deadlines for public comment or management plans will be extended, some advocates say they plan to remain focused.

"We are able to meet the deadlines (We are still at work!) but we’d like to know if they still exist," Save the Colorado Director Gary Wockner told E&E News in an email yesterday.