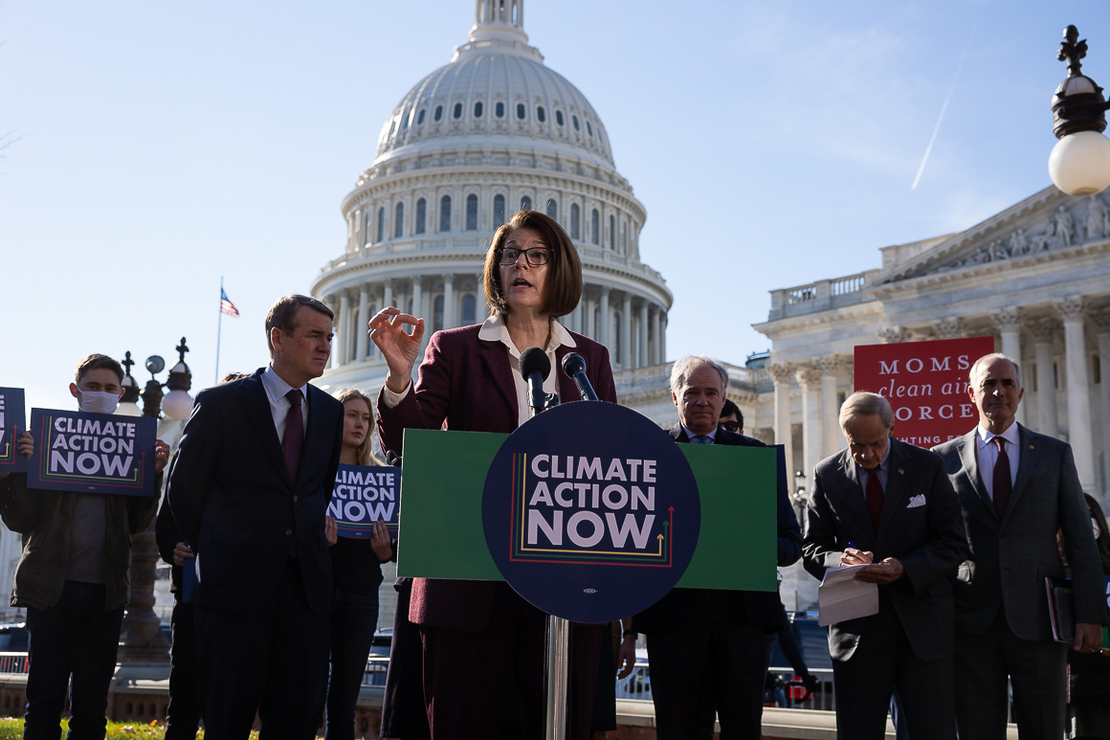 Sen. Catherine Cortez Masto angered progressives in her state last month when she convinced party leaders to scrap a provision in the $1.7 trillion climate and social spending package that would have imposed royalties on hardrock mines.

She could raise their ire yet again. The Nevada Democrat is now seeking to strip language from the House-passed reconciliation bill that would fund new federal regulations on the mining industry to protect public lands.

It’s not yet a done deal. Cortez Masto’s spokesperson, Josh Marcus-Blank, confirmed the senator’s opposition to E&E News but would only say at this time that she has communicated her displeasure to Senate Democratic leadership.

A spokesperson for Senate Majority Leader Chuck Schumer (D-N.Y.) did not respond to request for comment.

But just hearing news of Cortez Masto’s opposition to the language yesterday had environmentalists in Washington sounding alarm bells — and activists back home seething.

“I think she’s more comfortable listening to mining executives than some of the people that live here in Nevada,” said Laura Martin, executive director of the Progressive Leadership Alliance of Nevada.

Nevada mining set to take off

After Cortez Masto used her clout as a vulnerable 2022 incumbent to kill the new mining royalties, proponents of reining in the mining sector have been clinging to this more modest, but still significant, $3 million investment — their last remaining chance to make major changes to the industry through the reconciliation process (E&E Daily, Nov. 3).

The money would pay for the resources and expertise needed to craft changes to the mining rules, something activists have long sought given existing mining laws have not been updated in more than a century.

Cortez Masto, however, has been a fierce critic of policy proposals that would create new rules around mining, arguing they could make it harder for the industry to operate and pursue new activities on federal lands.

Her home state is seen by the mining industry as a favorable place for business. Nevada is set to become an even busier mining hub as companies look to develop expensive operations, such as the Thacker Pass mine in northern Nevada, that could feed large amounts of lithium and other metals to manufacturers of electric vehicles and renewables.

Martin was unimpressed, calling Cortez Masto a “hypocrite” for claiming to fight for environmental action while opposing legislation that would help ensure drinking water in her state is not contaminated or drained completely by mining activity.

In a statement to E&E News, Earthworks Policy Director Lauren Pagel accused Cortez Masto of “obstructionism” and said the Interior Department should proceed with the new regulations anyway, without the money.

“In order to make mining more just and equitable in this country, the Biden administration must update the regulations that govern mining across the country,” Pagel said. “[Interior] Secretary [Deb] Haaland should immediately move forward to ensure clean water and front-line communities are protected.”

Cortez Masto’s campaign to eliminate the $3 million mining regulation funding from the reconciliation bill comes at a delicate moment for the fate of the broader spending package she otherwise supports.

Though she was able to negotiate the removal of the royalty language from House’s version of the reconciliation bill, H.R. 5376, before it even passed in November, she is now looking to make changes to the other provision in a Senate bill that doesn’t yet exist.

Senate Democrats are continuing to haggle this week over specific policies to be included in their reconciliation measure on ideological grounds. At the same time, the Senate parliamentarian is currently reviewing draft legislative text prepared by the Senate committees of jurisdiction to determine which policy proposals do and don’t comply with the "Byrd rule" that governs the Senate budget process.

And Sen. Joe Manchin (D-W.Va.), the majority party’s ultimate swing vote, is still noncommittal on whether he’ll vote for anything before Christmas, which is Schumer’s self-imposed deadline for passing the reconciliation bill.

With her opposition to the mining regulation money, Cortez Masto is also in agreement with Republicans.

On Monday, House Minority Whip Steve Scalise (R-La.) blasted out an email memo calling attention to what he facetiously called a “hidden gem” in the Democrats’ “big government tax-and-spending spree.”

The proposal in question? The $3 million allocation that would, according to Scalise, “likely be used to implement burdensome regulations that will impose new taxes and fees on minerals produced in America.” 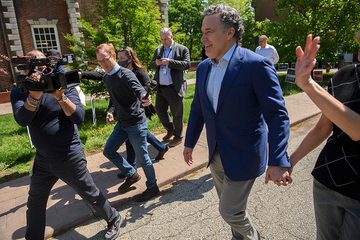 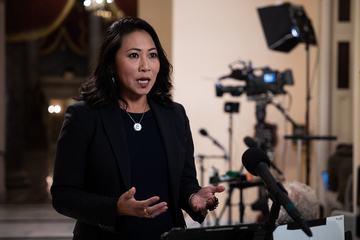