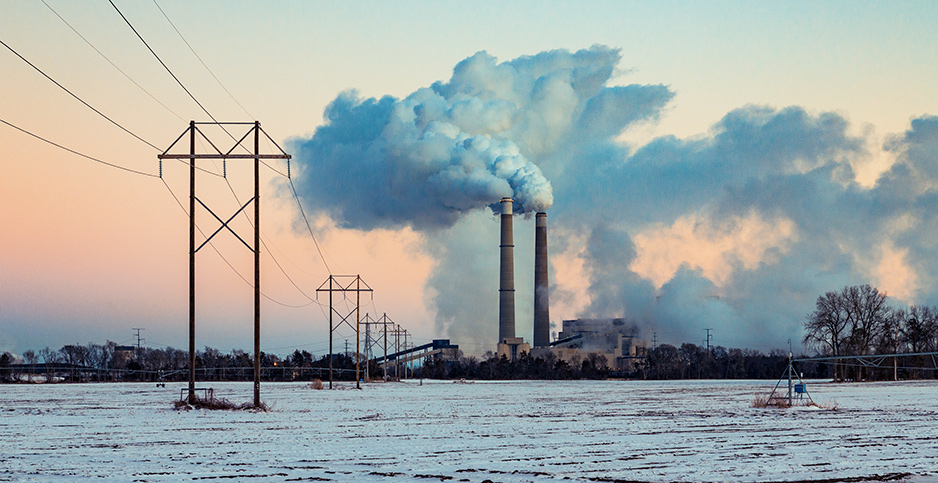 The changes make it more difficult to fully account for how regulations could reduce illness and deaths.

The final rule marks another step in the Trump administration’s deregulatory agenda and comes amid a flurry of rollbacks being finalized at the tail end of President Trump’s term.

The rule, announced by EPA Administrator Andrew Wheeler at a virtual event at a conservative think tank this morning, is little changed from the draft released in June.

Among the new requirements: that EPA identify the "problem" a proposed rule is supposed to address and explain why market forces can’t do the job, detail options other than the one actually chosen and explain why those alternatives were not selected, and break out expected health gains to make clear the difference between the benefits of pollutant reductions directly targeted by the planned regulations and other indirect "co-benefits."

While the Clean Air Act already requires analysis of implementation cost and benefits, there has hitherto been no standardized process for the public to see "how those calculations inform decisions," Wheeler said during the online Heritage Foundation discussion.

"This has meant inconsistent rules and a disoriented private sector," he told interlocutor Daren Bakst, a senior research fellow at the foundation who testified in favor of the plan at a July public hearing.

The added requirements will likely face legal challenges and a revocation effort by the incoming administration of President-elect Joe Biden.

The rule "poses a threat to health because when the agency analyzes the costs and benefits of potential new clean air rules, they will now be allowed to ignore the health benefits of cleaning up additional air pollution," said Harold Wimmer, president and CEO of the American Lung Association.

"This is extremely alarming," Wimmer added, urging Biden "to immediately act" to repeal it upon taking office next month.

But Rich Nolan, head of the National Mining Association, said that EPA has previously used cost-benefit analysis to target the coal industry "through unjustifiable regulations that imposed tremendous compliance costs that significantly outweighed the environmental benefits."

"We look forward to these clarifications and new procedures taking hold to provide a far more transparent regulatory process and fair accounting practices for the future," Nolan said.

As Wheeler acknowledged, the added requirements create an enforceable "cause of action," meaning that advocacy groups can sue EPA on the grounds that the agency failed to follow them.

As a rationale for the new approach, he again pointed to the Obama-era regulations on release of mercury and other air toxics for coal-fired power plants. Those 2012 standards relied almost exclusively on co-benefits of expected drops in airborne soot concentrations to justify the steep compliance costs.

"It’s absolutely a poster-child case for how not to do" cost-benefit justifications, Wheeler said. While EPA can still take co-benefits for proposed rules into account under the new requirements, he said, "they have to explain how they’re doing that and why they’re doing that."

The new rule concludes a broader overhaul campaign that began in mid-2018 but will go no further for now. As first envisioned by Scott Pruitt, Wheeler’s predecessor as EPA chief, the cost-benefit analysis requirements would have applied to significant new EPA regulations for all types.

Wheeler later narrowed the focus to only Clean Air Act regulations, with plans to follow up with similar blueprints for water, hazardous waste and toxics regulations in the next several years. That agenda was short-circuited by last month’s presidential election results. Wheeler tacitly conceded during this morning’s event that his tenure at the agency is coming to an end.

"This rule is one more accomplishment in four years of successes at the Environmental Protection Agency," he said.

In a parallel effort, EPA is also reworking a voluminous set of guidelines for conducting economic analysis, which were last fully revised a decade ago. While a draft update was released this spring, the final version is not yet public. The draft was subjected to a critical review earlier this year by an EPA advisory panel (E&E News PM, June 8).

Release of the new requirements for cost-benefit analysis came two days after EPA issued a similarly contentious final decision to leave National Ambient Air Quality Standards for soot unchanged. In a sign of the Trump administration’s determination to lock them in as quickly as possible, both will take effect upon publication in the Federal Register.

Asked this morning by Bakst about the prospects for another hot-button initiative to ostensibly strengthen "transparency in regulatory science," however, Wheeler sounded a tentative note, saying the final version "will hopefully be unveiled in a couple of weeks."