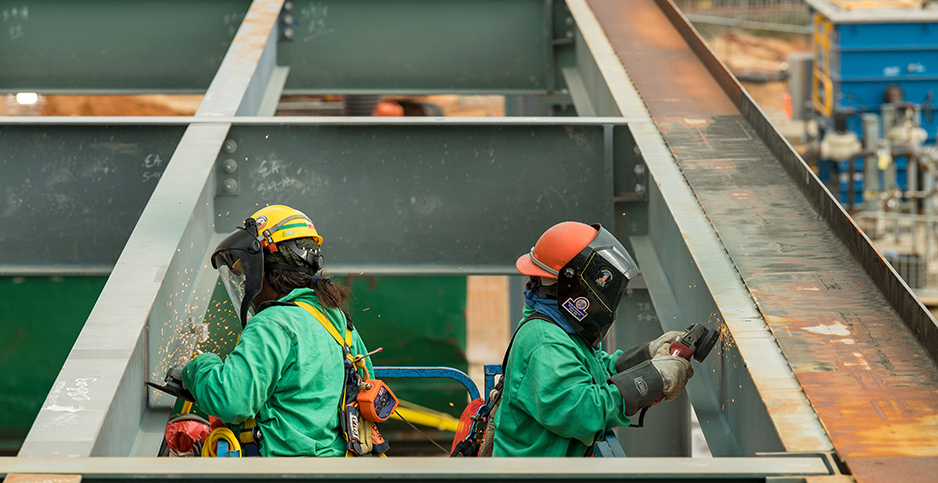 The fate of the nation’s lone nuclear construction project, in Georgia, grew even bleaker last night, with utility partners exchanging sharp words and pointing fingers after one called for a cost cap.

The late-night jabs were squarely aimed at Oglethorpe Power Corp., which said it could no longer pass on Plant Vogtle’s rising costs to its customers, who get their electricity from 38 electric member cooperatives (EMCs).

Yesterday was a key deadline for the nuclear project in Georgia that appeared to be anticlimactic a month ago. Instead, it made public a fierce battle among Georgia’s electric companies, which once were united in carrying the nation’s first nuclear project in 30 years over the finish line.

"We hope Oglethorpe Power joins us in doing what is best for Georgia’s citizens and votes tomorrow to fulfill its obligation to complete this project, which is critical to Georgia’s energy future," said Paul Bowers, CEO of Georgia Power, a unit of Southern Co.

Southern a month ago announced another $2.3 billion increase in Vogtle’s budget. Because the costs rose more than $1 billion and because Georgia Power elected to absorb its share of them, all four owners had to review their positions and vote — by casting a ballot — by last night.

Another Vogtle partner, Municipal Electric Authority of Georgia (MEAG), voted earlier in the day to continue with the project.

This isn’t the first time the reactors’ costs have gone up; a series of regulatory delays, vendor problems and contractor changes have roughly doubled the price tag from what it was 10 years ago. But these new expenses happened in just the one year that Southern’s nuclear unit and Georgia Power have been at the helm.

Southern Nuclear agreed to take over as the main contractor after Westinghouse Electric Co. LLC filed for bankruptcy protection in March 2017. Southern and Georgia Power executives have testified publicly that they know they cannot point fingers at anyone else now that they are in charge.

Oglethorpe wants to hold Southern accountable for that.

"The Southern Co. directly owns and controls Southern Nuclear Corp., which has control of the site and project oversight of Vogtle 3 and 4," said Oglethorpe CEO Mike Smith. "As SNC’s owner, Southern Co. should be willing to bear further risk of SNC’s missed budgets, not our members."

"Capping our costs, and by extension, the costs borne by our EMC members, is a reasonable request and a prudent business decision that would allow the project to move forward," Smith said.

Smith said Oglethorpe and its EMCs support nuclear as a reliable source of carbon-free generation. But, he said, "they recognize it would not be in their electric customers’ best interests to continue building a project with uncapped, unchecked expenses."

Oglethorpe said it would agree to Vogtle’s new budget plus an additional $800 million in contingency. That was one of what the utility referred to as "several cost-control options" in its news release.

Oglethorpe conditionally voted in support but called for a cost cap at 7 p.m.

Just before midnight, Georgia Power and the other utility partners called Oglethorpe out.

"Instead of taking the long view, Oglethorpe Power is using the vote to try to burden others with its obligations and extract unreasonable concessions," Georgia Power said in a statement.

What’s more, Georgia Power gathered statements from Vogtle’s other partners — MEAG and Dalton Utilities — which were ready to blame Oglethorpe if the project failed.

"We are disappointed that Oglethorpe Power has not yet joined us in agreeing to complete the units for the future of Georgia," said Jim Fuller, CEO of MEAG, whose board unanimously agreed to finish the reactors in a specially called meeting yesterday afternoon.

Plant Vogtle was supposed to be part of a revival of the U.S. nuclear industry, which lay dormant for roughly 30 years. Nuclear would provide low-cost, emission-free baseload electricity at a time when natural gas prices were high and carbon regulations were looming.

Politics, economics and the energy landscape have changed significantly since then. Natural gas prices and renewable energy costs have fallen, demand is flat, and carbon rules are not in play.

Vogtle has benefited from widespread political support that extends from Gov. Nathan Deal (R) to the state utility regulators. They frequently tout the project as a key part of Georgia’s economic development and a major source of employment of thousands of union craft workers.

The project seemed unshakeable until recently. In recent weeks, pressure from Jacksonville, Fla.’s electric company to get out of a contract with MEAG to buy some of Vogtle’s electricity had reached a fever pitch in the form of lawsuits, raising concerns from the Energy Department, which has issued billions of dollars in loans for the reactors.

At the same time, key leaders in the Georgia General Assembly publicly called for a cost cap to protect the customers of Oglethorpe and MEAG. But a letter from Deal reminding Vogtle’s owners that walking away now would be "breaking our promise" sent political signals of its own.

It is the now public feud among three of Vogtle’s key partners and Oglethorpe, which owns a 30 percent share, that has taken the project’s path in a completely different and surprising direction.

The project will be canceled, to the detriment of the citizens of Georgia, if Oglethorpe Power does not vote to move forward under the current ownership structure, Georgia Power said last night.