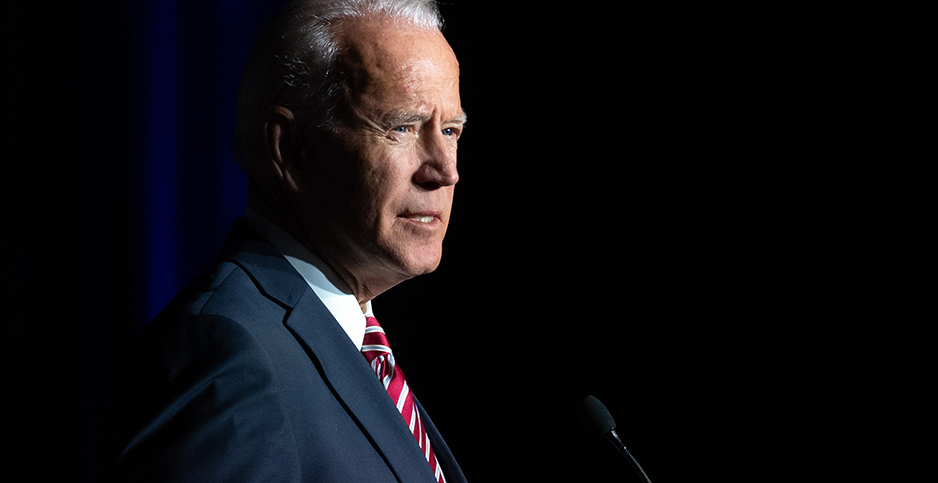 Joe Biden is betting a blue-collar campaign can win over a Democratic Party that’s grown more green than ever.

The former vice president is expected to launch his White House bid this week backed by the major firefighters union. Last week, he hit the picket line with striking grocery workers in New England. And on Monday, a Pittsburgh union hall will host his first campaign event.

That reliance on unions could preview how Biden balances a few of the 2020 race’s major dynamics.

Even as climate policy grows more popular, those union concerns resonate in a party still reeling from labor-heavy states delivering President Trump the White House. Several polls have shown Democrats want electability more than anything else from their candidate.

Democrats have heard the economic attacks before, and almost every candidate has pitched his or her climate plans as creating legions of new jobs. That’s won over some important unions in states like Nevada. But it’s been a harder sell in the industrial Midwest.

That’s because those unions see environmentalists pushing for an energy transition that benefits owners more than workers, said Erik Loomis, a professor of labor and environmental history at the University of Rhode Island.

"Green capitalists are still capitalists, and they hate unions," he said, adding that workers want more than vague labor promises from the Green New Deal.

Enter Biden, who spent decades cultivating union support in the Senate and, as vice president, can claim some of the biggest environmental wins from the Obama administration.

Representing the once-union-heavy state of Delaware, Biden passed into law a requirement for the government to plan for climate change. That was 1987, almost a year before NASA scientist James Hansen catapulted global warming onto front pages.

But after raising the alarm on greenhouse gases, Biden helped block higher fuel efficiency standards for automakers. An ally of the United Auto Workers, he voted at least five times against tighter restrictions on tailpipe emissions (Climatewire, Jan. 25).

He changed course after becoming vice president, helping the Obama administration pressure automakers to agree to tighter standards. (The Trump administration has moved to undo that.)

Nowadays, unions and environmentalists are searching for more common ground after seeing their issues languish for years. Each side brings important resources to Democratic campaigns, but they’ve realized they don’t have enough clout to drive Democrats’ agenda after the elections unless they work together, Loomis said.

Groups like the BlueGreen Alliance say there’s no choice between good jobs and protecting the environment: "We can and must do both."

Biden has struck similar notes — thundered them, even.

"I’m Joe Biden, and I’m the best friend you ever had," he told a building trades conference in 2007 during his last presidential run.

He brought the crowd to its feet by railing against free-trade agreements in terms both greens and unions could appreciate.

Biden used that same speech to rail against energy companies exploiting disasters, now known to be fueled by climate change.

But for the now-76-year-old, it also hinted at his enduring problems with the left.

"[During Hurricane Katrina,] the world and the Gulf was going to hell in a handbasket, and the first thing [George W. Bush officials] mobilize to do is take away the prevailing wage," he said. "The next thing they do is they bring in Halliburton, and we find out they have 5,000 illegals down there to take your jobs."