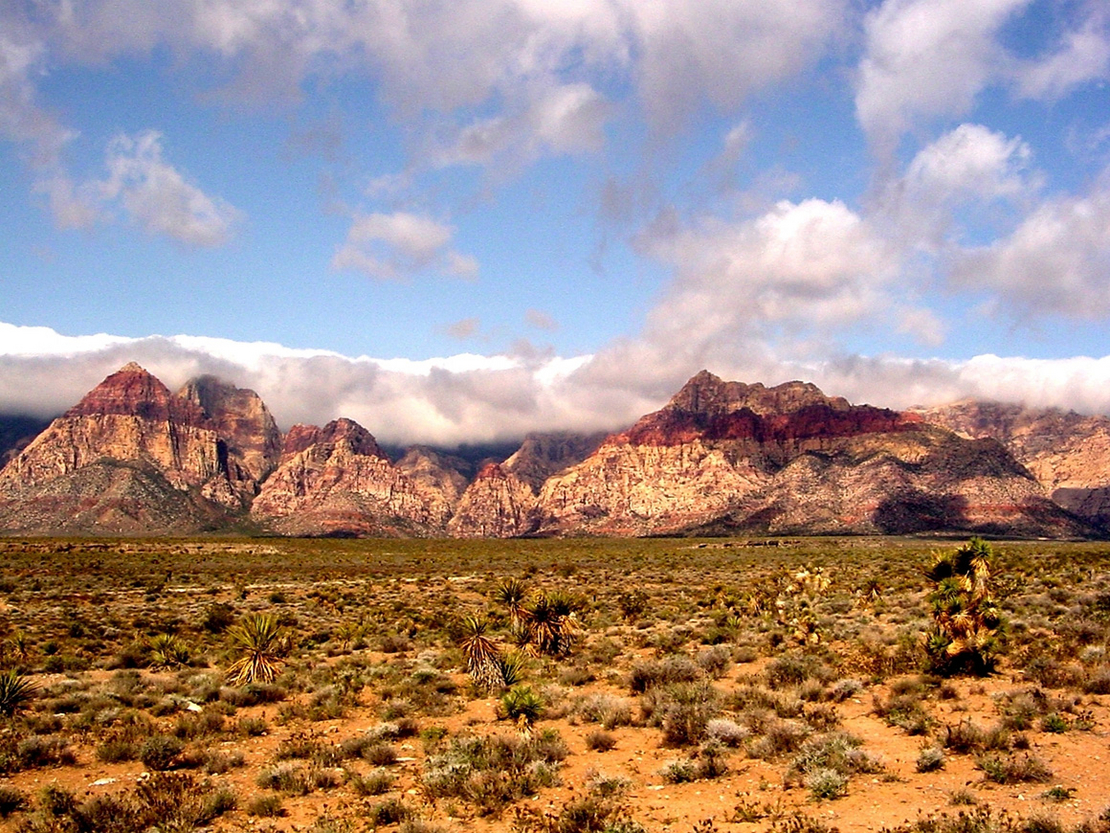 The Biden administration’s conservation goal could end up giving a crucial boost to a Bureau of Land Management program that over the years has failed to attract congressional support.

Environmental advocates and others have decried what they see as the chronic underfunding of BLM’s National Conservation Lands, which comprise 35 million acres of some of the most pristine, culturally diverse and scientifically important parcels managed by the federal government. This has remained true under the Biden administration, they say, despite administration requests to beef up the program.

There’s concern among some supporters that not much will change when congressional appropriators begin crafting fiscal 2023 funding bills this summer.

But the Biden administration won’t be able to meet the conservation goals in the “America the Beautiful” initiative — which aims to preserve 30 percent of the country’s lands and waters by 2030 — without parcels being added to the National Conservation Lands system, observers say.

“The National Conservation Lands is a big system that’s set to get bigger, and that means it needs to be properly funded if we are to meet the stated initiatives in the America the Beautiful initiative,” said Phil Hanceford, a senior staff attorney with the Wilderness Society.

BLM said as much in an emailed statement to E&E News. The additional funding Biden has asked for in his fiscal 2023 budget request — which seeks $68 million for the program — is needed to “allow increased capacity to manage conservation lands and further advance the America the Beautiful initiative,” BLM said.

The Wilderness Society and dozens of other conservation groups signed a letter sent in March to the House Interior-Environment Appropriations Subcommittee, recommending Congress allocate a record $78 million for the program in fiscal 2023.

“Such an increase would reflect a correction of the historic underfunding” of the program, as well as underscore “the important role the National Conservation Lands will play in meeting President Biden’s” 30-by-30 conservation goals, the letter said.

There is evidence some in Congress are also trying to boost support, such as Sen. Martin Heinrich (D-N.M.), one of the more vocal supporters of the program.

“Senator Heinrich is a strong supporter” of the system and “asked for increased funding in last year’s appropriations process, and will again this year,” his office said in an emailed statement to E&E News.

And last month, Colorado Rep. Diana DeGette (D) got 25 fellow House members — all Democrats — to sign onto a letter she sent to the Interior-Environment Appropriations Subcommittee, also encouraging them to allocate $78 million in the fiscal 2023 budget.

The extra funding is needed, the letter states, “so BLM can properly manage these critically important places.”

The $49 million that Congress allocated in the fiscal 2022 budget is “nowhere near enough” for BLM to do that, said David Feinman, government affairs director for the Conservation Lands Foundation, which advocates for the bureau’s National Conservation Lands.

The group organized the letter-writing campaign in March to Rep. Chellie Pingree (D-Maine) who chairs the subcommittee, and Rep. David Joyce of Ohio, its top-ranking Republican.

The 901 individual units in the system also include 17 national conservation areas, more than 260 congressionally delegated wilderness areas, 2,700 miles of National Wild and Scenic Rivers, and nearly 6,000 miles of National Trails. In total, they account for almost 10 percent of BLM’s total landholdings, but roughly 25 percent of the total annual visitors to agency-managed sites.

The system includes sites renowned for their natural beauty, such as the oak groves, wildflower meadows and steep canyons that make up the 112,928-acre Cascade-Siskiyou National Monument in Oregon, as well as the 210,149-acre Dominguez-Escalante National Conservation Area in west-central Colorado that contains petroglyphs, waterfalls and red sandstone canyons.

It also includes places of environmental and economic importance, such as the 485,300-acre Morley Nelson Snake River Birds of Prey National Conservation Area in Idaho that’s home to the largest concentration of nesting raptors in North America, and the 196,877-acre Red Rock Canyon National Conservation Area west of Las Vegas, which draws more than 1 million visitors a year that generate economic benefits for the surrounding communities.

“These are some of the greatest lands that we have out there,” said Hanceford with the Wilderness Society.

Biden’s fiscal 2023 budget request specifically singles out the Bears Ears and Grand Staircase-Escalante monuments and the two proclamations he signed last year restoring them to their original size. He also noted that more funding for the program “will strengthen management and operational capacity at these special units.”

Jim Kenna, a Conservation Lands Foundation board member who retired as BLM California state director in 2015, said that based on visits to some of the sites and conversations he’s had with bureau employees, it’s clear that they do not have the resources.

“I know because it’s in the DNA of the agency, the people in these field offices will do everything in their power to keep it together. But what I’m seeing is evidence that in some places there is just not enough [resources] in any practical way to do that,” he said. “It’s got to get back to some sort of reasonable funding level if we expect the conservation outcomes to happen, and we should.”

Even as congressional funding has remained mostly flat for most of the last dozen years, more and more lands have been added to the system.

Since fiscal 2010, when congressional funding for the program plummeted dramatically during the recession that was sapping the economy, 10 million acres have been added to the National Conservation Lands system, Feinman said.

“There’s always been a cognitive dissonance between wanting to protect these areas and allocating the resources to do that,” he said. “That’s what Congress needs to fix.”

It didn’t help matters that the first national monument placed into the system was Grand Staircase-Escalante in Utah. Clinton established the monument via a 1996 presidential proclamation despite strong opposition from the state’s GOP-led congressional delegation.

Republican lawmakers over the years have routinely questioned why BLM, an agency under a multiple-use mandate, should manage lands for conservation and future generations when the National Park Service and other agencies already do that.

The George W. Bush administration tried to limit the program’s expansion by opposing several new national monuments — even as Congress during Bush’s two terms in office consistently allocated the most funding for the program in its nearly 22-year history.

The program got a big boost in March 2009 when Congress passed the National Landscape Conservation System Act as part of a massive omnibus public lands bill that established 2.1 million acres of new wilderness areas. This essentially codified the National Conservation Lands into federal law, stating they are designed to “conserve, protect, and restore nationally significant landscapes that have outstanding cultural, ecological, and scientific values for the benefit of current and future generations.”

But that boost came in the midst of a crippling recession sapping the nation’s economic strength. Congress slashed funding for the program in the fiscal 2010 budget by nearly half — to $31 million from $60 million in fiscal 2009, records show.

Program funding would remain at $31 million for the next five fiscal budget cycles, increasing only to $36 million in the final two budget cycles of the Obama administration.

Funding has not come close to returning to pre-recession levels.

The result has been that BLM does not have the resources or staff to adequately manage the National Conservation Lands, as well as other culturally significant sites under the bureau’s care, Feinman said.

Feinman pointed to vandalism on ancient petroglyphs discovered in January at La Cieneguilla Petroglyphs west of Santa Fe, N.M., which had been spray painted with graffiti. Volunteers who partnered with BLM to monitor cultural resources at the site discovered the vandalism.

“This is what happens when the agency doesn’t have the resources and people to manage these lands,” Feinman said. 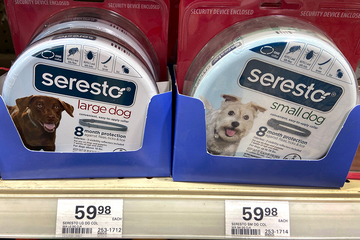 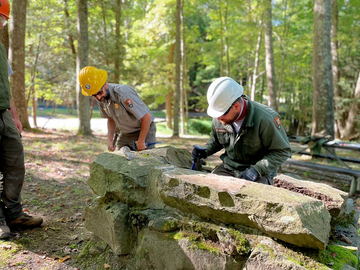 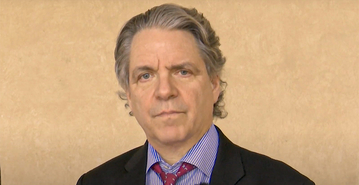 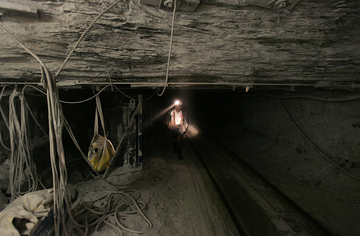 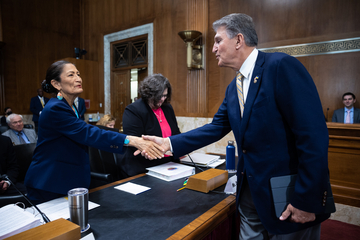