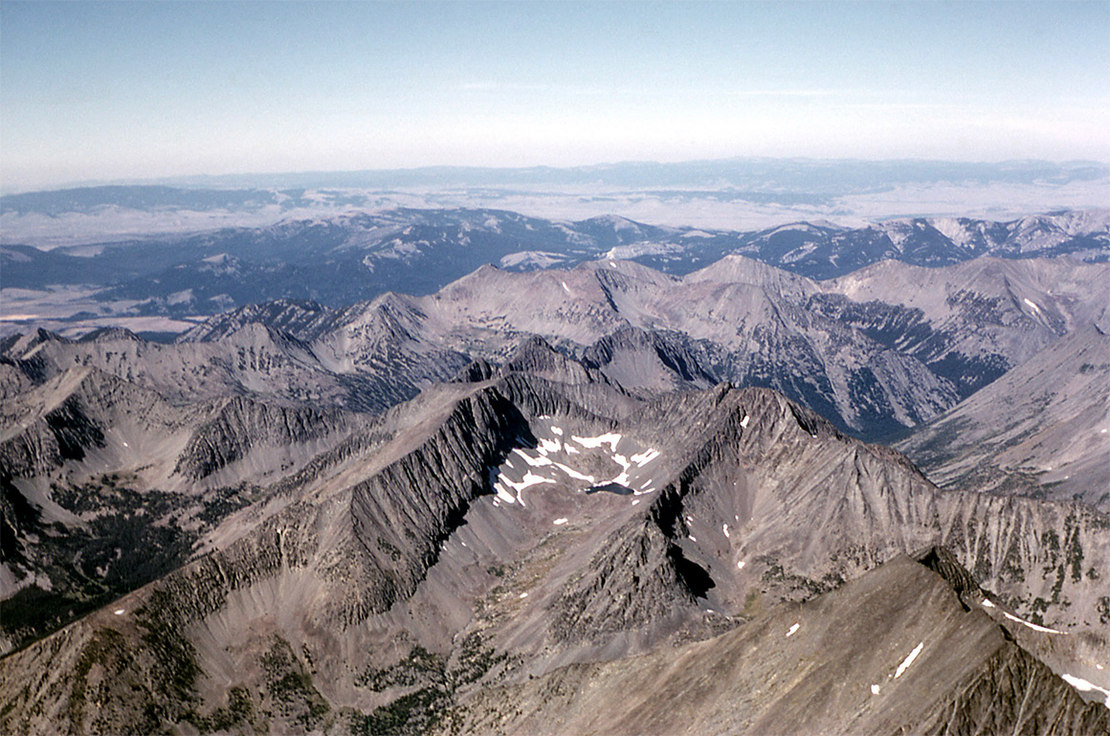 A federal judge issued a blow to hunting and fishing advocates in Montana on Friday, recommending the dismissal of a lawsuit that accuses the Forest Service of failing to protect public access to Montana’s Crazy Mountains.

But plaintiffs in the case warn that such an outcome could cut off access not just to that region, but to forestlands across the nation.

“This is potentially a road map for landowners to really restrict access on these trails that don’t have recorded deeds,” said Matthew Bishop with the Western Environmental Law Center, which is representing plaintiffs in the case. “That’s going to undermine hundreds if not thousands of roads and trails around the West.”

U.S. Magistrate Judge Timothy Cavan on Friday advocated for the dismissal of the lawsuit, brought in 2019 by sportsmen’s groups that accused the Forest Service of failing to process access to four well-known trails in the Custer Gallatin National Forest.

The lawsuit asserts the Forest Service reversed course in 2017 after decades of managing and maintaining the trails — Porcupine Lowline, Elk Creek, Sweetgrass and East Trunk — and allowed landowners to erect locked gates, “no trespassing” signage and other mechanisms to dissuade hikers, hunters and anglers from using the paths as they cross private lands.

“All the trails in our complaint, the Forest Service had protected these trails for 70 years or more: They have had public use, commercial use. They have had government dollars spent to maintain them,” explained John Sullivan, president of the Montana Chapter of Backcountry Hunters and Anglers. That group brought the lawsuit along with Friends of the Crazy Mountains, Enhancing Montana’s Wildlife and Habitat, and Skyline Sportsmen’s Association.

The lawsuit also relies on the Forest Service’s past recognition of the trails, such as a 2006 travel management plan, testimony in a 2007 court case and even then-Forest Service Chief Thomas Tidwell’s comments in a 2017 letter that the “public possessed a legal right of entry on the specified routes” (Greenwire, June 11, 2019).

That past support for the trails had relied on a concept known as “prescriptive easements,” which unlike traditional easements are not recorded or established by court decree, but are established by continuous and uninterrupted use for a period of time. Under Montana law, that period is five years.

“The Forest Service has a policy and has always taken the position that on a lot of these trails, they have public prescriptive easement rights,” Bishop explained.

But in his recommendation to dismiss the case, Cavan appeared to dismiss those easements, highlighting the lack of more formal arrangements with landowners.

Plaintiffs in the case have a chance to respond to Cavan’s recommendation and findings before they are reviewed by federal Judge Susan Watters, an Obama appointee, who will issue any final rulings in the case.

“It’s not over,” Sullivan said. “We respectfully disagree with the way he’s viewing this.”

The lawsuit’s outcome could also influence land management for another reason: The case alleges the Forest Service didn’t issue a formal decision to halt access to the four trails, instead allowing the closure to occur through neglect.

“There’s a process they can go through to change trails and remove trails from travel management maps, but it can’t be a decision by a handful of people in the forest local office simply because the landowners have become hostile,” Sullivan said.

But lacking that kind of “discrete decision” — which advocacy groups might sue over in federal court to compel action — makes the lawsuit a novel case.

“Can an agency turn its head, look away from things that violate its travel management plan and allow those actions to occur without making a discrete decision? Can the public compel that agency to do its job?” Sullivan asked.

Similarly, Bishop suggested that if the lawsuit fails, it could open the door to other agencies to informally cast aside existing travel plans.

“So a non-motorized trail in a travel plan could suddenly allow ATV use by looking the other way,” Bishop said. “Based on this decision, there’s nothing you can do to enforce that.”

Heinrich highlighted the agency’s past embrace of prescriptive easements to access the Custer Gallatin National Forest, citing the Sweetgrass trail in particular.

“These decisions affect access in every state in the nation. Why is the Forest Service and DOJ changing its position on public rights of access on that trail in particular, and what does that mean for trails everywhere in the U.S.?” Heinrich asked.

French responded: “Our approach is to defend access in all the places we can, as a stated policy.”

But then he appeared to struggled to address the specifics of the Crazy Mountains access case.

“My understanding is [the landowners] have fulfilled many of the obligations that have changed our ability to defend those access rights, but it’s very complicated,” French said. “It is not a broad policy. We handle these things on a site-by-site approach.”

Private landowners who are also named in the lawsuit likewise argued that the Forest Service failed to establish any easements via “clear and convincing evidence under state law.”

In a May 2021 filing, Pacific Legal Foundation attorney Ethan Blevins, who is representing the landowners, noted the Forest Service opted to negotiate access via a new route known as the Porcupine Ibex trail in 2018, including formalized easements.

Plaintiffs in the case argued that the new 8-mile trail is destructive, pointing to the need for excavators “blasting and hammering” to clear surface rock and other obstacles in “undisturbed forested lands.”