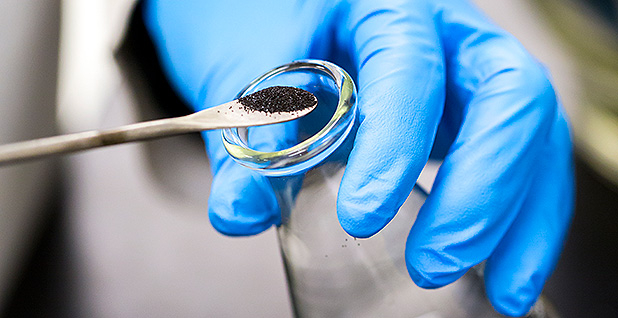 A team at the university’s Institute for Sustainable Energy and the Environment has spent the last year and a half working on a new way to use coal as mines that once surrounded the Athens, Ohio, campus have gradually shuttered.

"There’s a really good potential that a lot of these composites that are sitting out there may just be thrown in a landfill," he said.

Trembly said, "Is it ever going to be the size of power production? No, it won’t, but the thought is if you have this, if you have multiple, sustainable end uses of coal, you can potentially still support that industry."

Key for Trembly and his team is making sure finding new uses for coal doesn’t mean more carbon emissions. The question is, "Can we keep all those components in a solid form such that we don’t release them into the environment?"

The problem with carbon fiber production is that it is energy-intensive, Trembly said. Chemically, coal is difficult to break down, requiring heat and high pressure, but it’s those same qualities that make it an appealing building material.

"Although we’ve seen good results already, I think we also have room to improve those properties and really start focusing on how we can tailor properties maybe for different end-use markets," Trembly said.