Could LA water recycling be a miracle for parched West? 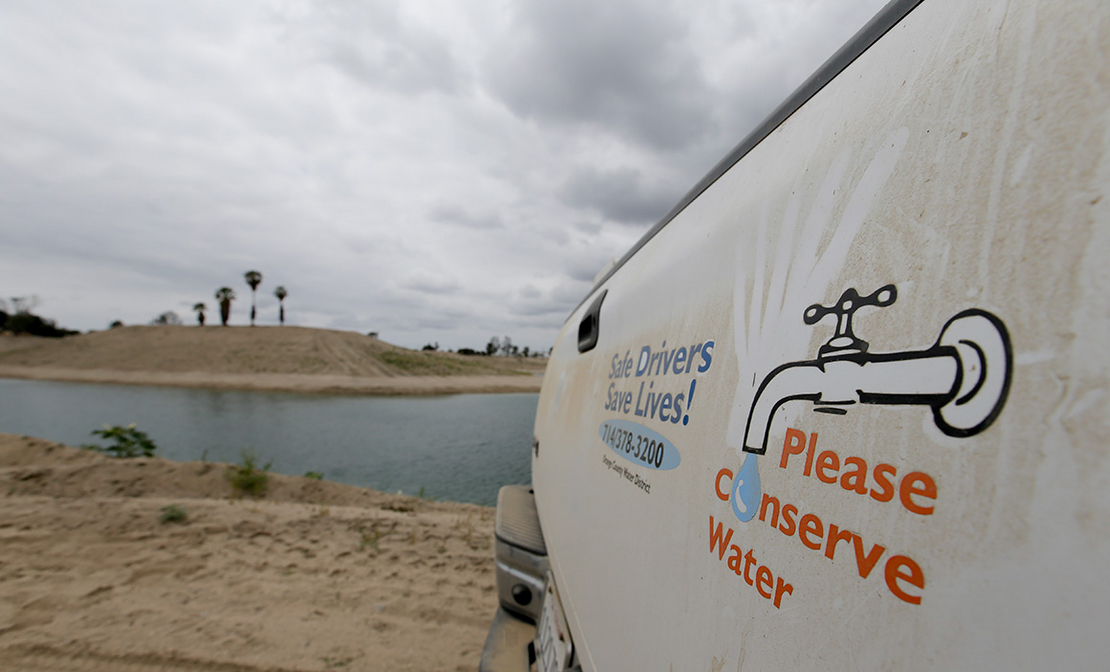 In this 2016 file photo, a sign urges water conservation in front of recycled wastewater in a holding pond used to recharge an underground aquifer at the Orange County Water District recharge facility in Anaheim, Calif. Chris Carlson/AP Photo

With severe drought strangling the West, the country’s largest water provider has embarked on a multibillion-dollar project that could help them cope with increasingly frequent shortages exacerbated by climate change.

The Metropolitan Water District of Southern California wants to recycle Los Angeles’ wastewater, creating a new supply stream that would significantly reduce the city’s reliance on imported water from Northern California and the Colorado River.

It would mark a new paradigm in Western water infrastructure. Instead of the dam-building and constructing massive pipelines and aqueducts to connect far-flung rivers to cities, Metropolitan’s proposal focuses on producing "new" water locally. And it seeks to utilize what has historically been wasted; Los Angeles’ wastewater is currently treated and discharged into the Pacific Ocean.

"Anything with respect to water recycling is a positive. It’s a new source of water to augment surface and groundwater supplies," said Jack Simes, acting area manager of the Bureau of Reclamation’s Southern California Area Office. "Certainly with the challenges that we are all facing, especially on the surface water side, this is a supply source to help fill that gap."

Fully built, the Regional Recycled Water Program would produce up to 150 million gallons a day — enough water to supply 500,000 homes.

It isn’t cheap. Metropolitan estimates that it would cost at least $3.4 billion to build.

But other states, seeing the potential benefits of the project in reducing California’s reliance on the Colorado River, are chipping in.

Nevada has inked a deal to help fund the exploratory phases. In return, if the project is built, it would get to take some of the water allocated to California that it doesn’t need out of Lake Mead, the lower basin’s main reservoir.

Arizona is in the process of finalizing a nearly identical deal.

The project "is an important step toward addressing the long-term challenges in the Colorado River basin," said Chuck Collum, Colorado River programs manager for the Central Arizona Project, which shuttles the river’s water to Phoenix and elsewhere.

"What it’s focused on is trying to put an unused resource back into the system," he added. "It has the potential to benefit all the users in the lower basin."

Solutions are needed as the water situation up and down the Colorado River continues to deteriorate due to climate change and a two-decade-long megadrought that some scientists are now saying may be a new, drier normal.

Last week, Reclamation reported that water levels at Lake Powell, the main reservoir in the upper basin that is used to send water downriver to Lake Mead and the Lower Basin states, are dropping precipitously. Reclamation’s latest projections suggest there is a 1-in-3 chance that levels will fall below what is needed for the dam to produce hydropower as early as next July (Greenwire, Sept. 23).

"The latest outlook for Lake Powell is troubling," Reclamation’s Upper Colorado Basin Regional Director Wayne Pullan said in a statement. "This highlights the importance of continuing to work collaboratively with the Basin States, Tribes and other partners toward solutions."

Reclamation also last month declared a shortage on the Colorado River for the first time ever — because of Lake Mead’s plunging water level — triggering cuts for Arizona, Nevada and Mexico (Greenwire, Aug. 16).

And in California, residents have so far failed to meet Democratic Gov. Gavin Newsom’s July request to cut their water use by 15%. The state announced last week that Californians had only saved 1.8%. (Greenwire, Sept. 22).

Those factors have increased attention on water recycling and have infused programs like Metropolitan’s with a new sense of urgency, said Rep. Jared Huffman (D-Calif.).

"The drought in the Colorado River basin and broader Western drought has refocused people on not only water recycling, but really doing it at a much greater scale than anyone previously thought about," said Huffman, the chair of the House Natural Resources Subcommittee on Water, Oceans and Wildlife.

Huffman is a co-sponsor of legislation, H.R. 4099, that would create a new $750 million federal grant program for large-scale wastewater recycling programs like Metropolitan’s.

The era of building new dams to solve water issues is over, he said.

The ambition and scale of the Los Angeles project is partly the result of Metropolitan’s size. No other utility has the resources and capacity to take on such a massive project.

Metropolitan is the largest wholesale water provider in the country, providing water to 19 million people across Southern California. It has existing infrastructure it can use for the project, though some 65 miles of new large diameter pipes would have to be built.

The utility is partnering the Los Angeles County Sanitation Districts, which treats the city’s wastewater. Their plant in Carson, Calif., one of the largest in the country, produces the country’s biggest discharge of treated wastewater into the Pacific Ocean.

Metropolitan would turn that facility into an advanced treatment facility that it would own and operate, said Mickey Chaudhuri, Metropolitan’s assistant chief of operations. It would use a three-step filtration process, including reverse osmosis and ultraviolet light to clean the water, then shuttle it using an extensive conveyance system through Southern California’s urban areas.

Currently, Metropolitan is planning for "indirect potable reuse," meaning the water from the Carson facility would be funneled underground into aquifers or into reservoirs before it is later taken out, treated again and added to the drinking water supply.

But by the end of 2023, California is scheduled to issue guidance on direct potable reuse, which would skip that intermediate step and, if the technology proves effective, streamline the process.

In that scenario, the treated water from the Carson plant would blended with Metropolitan’s imported water from Northern California and the Colorado River before being treated again and shipped to the region’s taps.

The extra treatment upfront may cost more, Chaudhuri said, but it would be allow Metropolitan to more efficiently use its existing infrastructure.

"The benefit is you are able to utilize existing infrastructure and deliver that water everywhere you are currently delivering," he said.

Los Angeles Mayor Eric Garcetti has unveiled a plan for the city to recycle all of its wastewater by 2035, turning it into a third of its drinking water.

Currently, the city gets around 2% of its water from recycled sources.

The city, via the Los Angeles Department of Water and Power, is also developing a second project separate from Metropolitan’s.

South of Los Angeles, Orange County has been recycling its wastewater for more than a decade, using it to replenish groundwater aquifers. San Diego is considering another project.

In total, Metropolitan estimates that all of the California projects would cost $15 billion.

Metropolitan’s would be among the largest ever built. The current plan would generate 168,000 acre-feet per year (an acre-foot is about 326,000 gallons, or enough for one Los Angeles family for a year). The water would cost about $1,800 per acre-foot, Chaudhuri said, and the extra cost would be spread over the rates of all of the retail water agencies Metropolitan sells water to. That’s more than current imported water costs Metropolitan — about $1,000 per acre-foot — but cheaper than desalination, which is about $2,300 per acre-foot.

Metropolitan has already opened a $17 million demonstration facility for the technology.

"This program," Chaudhuri said, "offers a pretty significant opportunity to play a role in both California water management and the Colorado River basin."

It would also build more flexibility into the state and regional water supply for both cities and farms, said Alvar Escriva-Bou of the nonpartisan Public Policy Institute of California.

In a recent paper, he noted that Metropolitan’s total amount of imported water has continued to decline in recent years due to reduced supply from the Colorado River and regulatory hurdles in Northern California.

The recycling program would allow Metropolitan to enter into exchanges and other partnerships — like those with Nevada and Arizona — to more efficiently use the resource, including in California’s agricultural areas.

"Utilities’ agencies are looking to this type of partnership more and more," he said. "I think there’s a new era to looking beyond just your local area — or even region — for partnerships."

Metropolitan is just beginning its environmental review of the project, which will likely take two to three years. It hopes to begin construction in 2024.

But it — along with Arizona and Nevada — are calling for more federal involvement because of the regional impact it could have.

"This is a perfect opportunity for federal investment — and not just in Metropolitan’s project," said Cora Kammeyer of the Pacific Institute, a nonpartisan think tank that focuses on water issues. "Throughout the United States and in the West, there’s a huge need for water infrastructure investments."