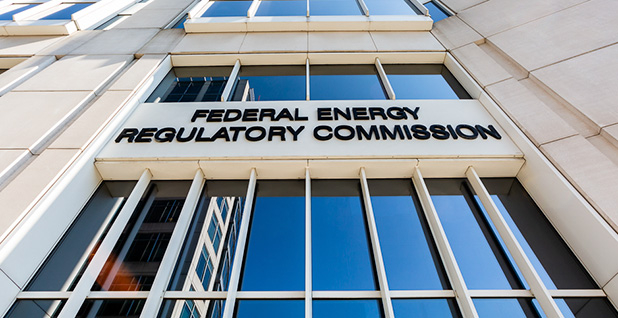 The Federal Energy Regulatory Commission has teed up decisions for its monthly meeting today that analysts say could affect the economics of renewable energy and energy storage in New York — and ultimately the state’s climate goals.

Up for FERC consideration are four dockets tied to rules surrounding the Empire State’s capacity markets and how those rules treat resources using subsidies and out-of-market contracts.

All the dockets focus on the state’s "buyer side mitigation rules" implemented by the New York Independent System Operator to ensure no external contracts or subsidies artificially lower prices in the capacity markets, which the NYISO oversees.

Currently, generators in New York City and the Lower Hudson Valley are subject to the rules and must meet a "floor" or threshold when bidding into the capacity auction unless they receive an exemption. While it’s unclear what FERC will do with the New York filings today, analysts say expanding those rules — and the requirement that bids meet a certain threshold — could have a chilling effect on storage, solar and wind power in New York.

"This looks like it has the potential to adjust the bids of certain resources, particularly storage and renewables that had not previously been subject to mitigation," said Christi Tezak, managing director of ClearView Energy Partners LLC. "That could threaten their ability to clear the market, constraining their available revenues.

"But until we see the order, we can’t validate the claim that some players could go ‘out of business’ or just see margins squeezed."

NYISO declined to comment ahead of the FERC decisions.

Fueling speculation about the fate of the New York orders is FERC’s recent decision to apply similar market rules across PJM Interconnection’s footprint in Mid-Atlantic and Midwestern states, a move that has triggered complaints and legal threats.

FERC issued an order that reshaped the minimum offer price rule, or MOPR, which governs how resources such as coal plants and wind farms bid into PJM’s periodic auctions to qualify to provide power in later years.

"Gah! MOPR coming to NY next week! @FERC Sunshine Notice is out for the 2/20 meeting and its on there. They call it BSM there, buyer side mitigation. @NewYorkISO #MOPRmadness," tweeted Rob Gramlich, president of Grid Strategies LLC and a consultant for renewable energy groups like the American Wind Energy Association.

The issue is also gaining attention on Capitol Hill. Senate Minority Leader Chuck Schumer (D-N.Y.) warned FERC Chairman Neil Chatterjee in a letter this week against making any decision that would infringe on the state’s ability to boost its clean energy resources and pursue climate action. Schumer also said FERC had unleashed "chaos" in the PJM market and warned against similar action in his state.

Schumer wrote that the PJM order shows that FERC’s apparent goal is "to slow any transition to clean energy, and put your thumb on the scale in favor of the most-polluting sources of energy."

With New York, sources say they’re waiting to see if FERC takes a narrowly tailored action by focusing on each of the orders discreetly — or if, as it did in PJM, the agency makes a decision that reverberates across the entire state and affects all energy types bidding into the capacity auction.

Surprising to some FERC watchers is the fact that all the dockets appear to be at different stages of agency review, and some are dated.

"There’s some ancient history in all of this," said Ari Peskoe, director of Harvard Law School’s Electricity Law Initiative. "I don’t know what they’re going to do."

First on the FERC agenda is an order tied to a complaint that the Independent Power Producers of New York Inc. filed in 2013. The IPPNY asked the commission to require the state’s grid operator to revise its tariffs to prevent the "artificial suppression" of the market from subsidized resources.

The group said NYISO’s tariff failed to mitigate certain generation resources that would have been "mothballed" if not for financial support tied to preserving grid reliability.

The complaint specifically focuses on coal plants in western New York supported through contractual agreements forged after plant operators warned that their closure was imminent. Named in that filing are the Dunkirk coal plant, which cited low wholesale electricity prices in western New York and the cost of operating the units, and the Cayuga generating facility.

FERC rejected the complaint in March 2015 but directed compliance filings. Today, the commission is scheduled to address the IPPNY’s request for a rehearing of its dismissal four years ago, as well as the compliance filing.

At issue in the second item is a complaint that the New York Public Service Commission and the New York State Energy Research and Development Authority filed last summer that challenged the NYISO’s "buyer side market" mitigation provisions, saying the tariff measures interfered with the state’s policy objectives by subjecting energy storage to mitigation, which leads them to fail in clearing the region’s capacity market.

A third docket is tied to a complaint the commission partially granted and denied in part in 2017 related to the same tariffs. In that case, New York and other parties alleged that a type of demand-side resource should not be subject to buyer-side mitigation. Today, the commission is slated to act on requests for rehearing in that case and a compliance filing NYISO submitted in response. Those matters have been pending for three years.

The fourth item FERC is scheduled to act on is a compliance filing from the NYISO initially submitted in 2015. In that filing, the grid operator responded to FERC’s order by exempting from its buyer-side mitigation rules "narrowly defined renewable and self-supply resources."

Peskoe questioned whether FERC would make a decision today that mirrored its action in the PJM market. He noted that the proceedings on FERC’s docket are all at different stages, and only one appears to directly mirror what’s happening in the Mid-Atlantic states with storage.

"There is only one complaint pending before them [on storage] that kind of mirrors what’s going on in PJM," he said, adding that it’s a year old and is the most recent of the docket items.

And in the complaint, it’s the state that wants an exemption for storage.

"If the commission’s going to do something like what it did in PJM," Peskoe said, "it’s going to have to reverse itself on two rehearing requests, which is pretty rare."

Those two rehearing requests have to do with local reliability projects and demand-response resources, he noted. FERC, he added, already issued orders on those and opted not to apply a MOPR.

"So if they’re going to do what they did in PJM and apply a MOPR to everything," Peskoe said, "they’re going to have to reverse their own orders. That would be unusual."

But reversing a past decision would show how aggressive Chatterjee and Commissioner Bernard McNamee — the panel’s two Republicans — are being on the issue, Peskoe added.

Asked whether he expects one order, Peskoe said, "I’m not sure there’s a neat way to package those. I suppose you could develop a theme throughout on a MOPR policy, let’s say, and keep referring back to it. But I would expect to see four different orders."