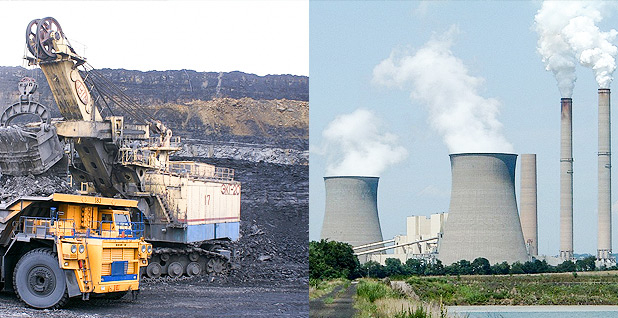 Energy Secretary Rick Perry’s bid to prop up imperiled coal and nuclear power plants could spur an exodus of utility ratepayers in the face of rising electricity bills, some researchers say.

Now being reviewed by the Federal Energy Regulatory Commission, Perry’s proposal would direct grid operators in electricity markets overseen by FERC to allow coal and nuclear units to fully recover their costs — likely by getting cash from ratepayers.

Ballooning utility bills combined with falling prices for solar power and battery storage could make it more attractive than ever for people to install solar panels and go off the electric grid.

"If that were to come in and the price of electricity were to go up substantially, then it’s kind of a no-brainer," said Joshua Pearce, a professor at Michigan Technological University who has studied the possibility of a grid exodus in Michigan’s Upper Peninsula.

His recent study shows utility customers "actually have a real choice now to go off-grid. It’s technically there, and it can be less expensive."

So far, residents of the Upper Peninsula who have already ditched the grid are mostly wealthy owners of summer homes who can afford the upfront costs and aren’t around there during the winter.

But Pearce predicts "normal, everyday middle-class people" who want to cut their electric bills and have some access to capital through loans would join the grid exodus.

It’s possible, he said, that there will be a "utility death spiral." With fewer customers, utilities would sell less energy and be forced to raise prices to cover overhead expenses. That, he said, would spur more customers to set up solar systems and leave the grid.

"All you need for a death spiral is declining revenues and increasing costs and for those to be self-reinforcing," said James Mandel, a principal at the Rocky Mountain Institute and one of the authors of a notable 2014 study on grid defection.

Many supporters of Perry’s plan have acknowledged it would raise consumer costs, but they say there are greater costs and consequences if coal and nuclear plants aren’t saved from early retirements.

Asked about the cost of the Department of Energy proposal at a congressional hearing last month, Perry called it the "cost of freedom" (E&E Daily, Oct. 13).

"I think you take cost into account, but what’s the cost of freedom?" Perry said. "What does it cost to build a system to keep America free? I’m not sure I want to just put that straight out on the free market and say ‘OK, whoever can build the cheapest delivery system here to keep America free.’"

FERC Chairman Neil Chatterjee, who has praised the Perry directive as a "bold step," said there would be costs to consumers if coal and nuclear plants close.

"Once a nuclear plant is shut down, it’s gone, and there’s no turning it back on," he said. "If we find out after the fact that we needed them, what is the cost to replace those coal units?"

He continued, "If we’ve got to built out new generation, new transmission, new pipeline infrastructure to account for these premature retirements, that is also going to have a substantial cost to consumers."

Some consumer costs, Chatterjee said, are "absolutely justified" to preserve the existing fleet while FERC works on answering the "longer-term question."

Opponents of the plan have challenged the premise that coal and nuclear plants are necessary to ensure grid resilience, and have pointed out that the grid has in fact become more reliable as renewable resources have increased their presence in the markets.

Ultimately, Pearce said, he doesn’t want to advocate for people leaving the grid.

"There is real value to having the grid," he said.

But he does want utilities to think of the grid more as a service instead of just earning their profits by building large power plants.

The changing technology and economics of the grid might someday not leave utilities any choice, and have not exactly produced a favorable environment for a coal and nuclear subsidy like Perry’s plan.

"The idea that you can shove uneconomic assets into the rate base is sort of predicated on the belief that customers are passive ratepayers," the Rocky Mountain Institute’s Mandel said.

"In a world where customers are active … it’s not actually clear how those costs get through."