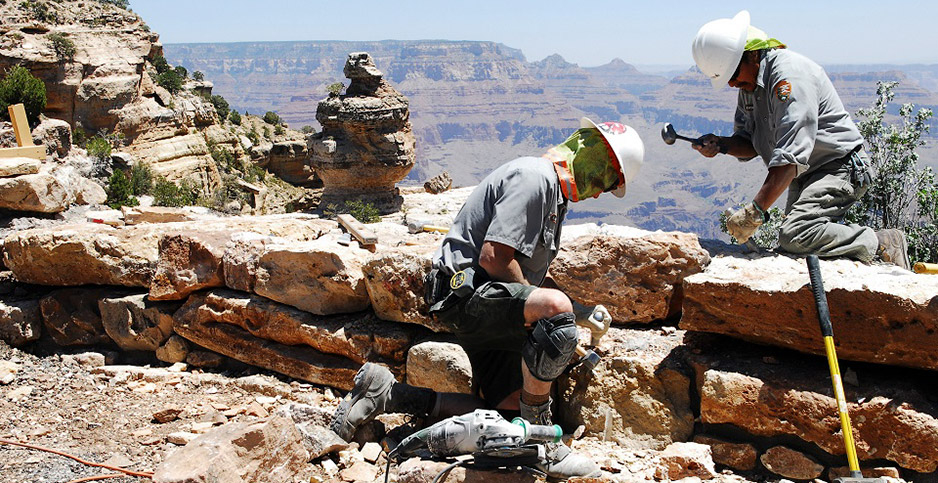 The Center for Western Priorities has proposed creating a new Conservation Trust Fund to address maintenance backlogs at the National Park Service and the Fish and Wildlife Service. NPS

Conservation advocates today urged Congress to create a new fund to address the nearly $20 billion in maintenance shortfalls among public land management agencies — suggesting the program could draw from sources ranging from fossil fuel extraction to a new tax on outdoor gear.

The Center for Western Priorities proposed what it calls the Conservation Trust Fund in a report released today.

"Across the political spectrum, Americans agree that our parks and public lands are the greatest gift we can give to our children and grandchildren," CWP Executive Director Jennifer Rokala said in a statement. "We hope this report serves to kickstart a conversation about how we can stop the cycle of under-funding America’s lands and ensure they are cared for not just for the next few years, but in the decades to come."

The proposed fund would rely on six sources, including funds from overhauled rent and royalty payments related to coal production, hardrock mining, and oil and gas drilling on public lands.

The proposal also calls for establishing a royalty system for wind and solar energy produced on public lands.

But the fund would also rely on a new "small tax on outdoor recreation equipment," similar to existing taxes paid on hunting and fishing equipment.

"Sales of recreation equipment are substantial, with the Outdoor Industry Association reporting $184.5 billion in sales of outdoor goods in 2017," the report notes. "With the continued growth of outdoor recreation and increased need for funding to maintain and increase access to public lands, it makes sense to explore options for outdoor gear sales to support public land conservation."

The report noted that hunters and anglers have long paid fees via the Pittman-Robertson Act of 1937 and the Dingell-Johnson Act of 1950 to fund conservation and wildlife management programs.

"Hunters and anglers have been doing their part for years, and expanding this to the greater outdoor recreation community is an important next step," the report states.

But CWP added that other costs faced by outdoor equipment manufactures would also need to be addressed, including import tariffs, "which can be particularly high on outdoor gear."

"In such a scenario, legislation could either decrease tariffs to account for an excise tax that would go to the trust fund, or a percentage of the import tariffs could be directly diverted to the fund," the report suggests. "Both of these options could provide critical funding for the lands upon which outdoor recreation depends, while minimizing impacts on the industry."

The new trust fund would not, however, eliminate the need for the Land and Water Conservation Fund.

That program, which relies on proceeds from offshore oil and gas drilling, funds grants for states to preserve and maintain parks, cultural sites, forests and recreation areas. The LWCF is also used to purchase land for the federal estate.

But the LWCF is subject to the congressional appropriations process.