Could the climate bill warm Americans to heat pumps? 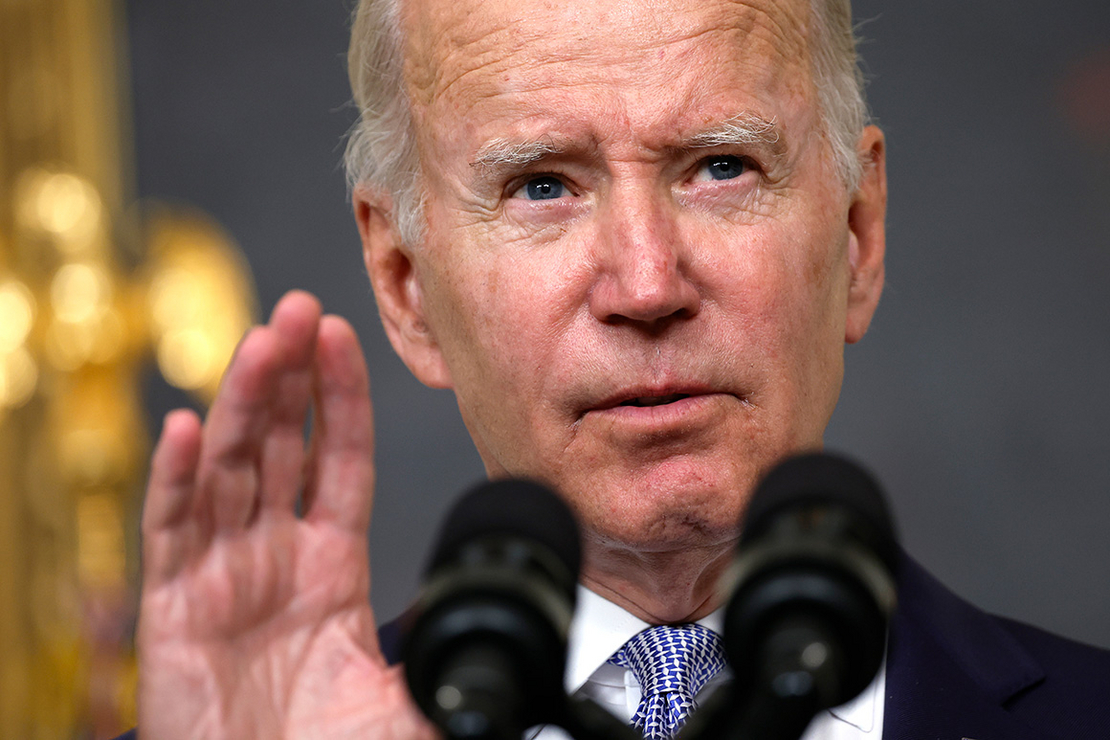 The Defense Production Act allows the commander in chief to redirect the supply of materials for the sake of national defense. Biden used it after Russia’s invasion of Ukraine, when sanctions on the gas-producing country contributed to a spike in natural gas prices.

At the time, administration officials said Biden’s actions on heat pumps and insulation could cut the energy bills of American families, reduce climate change and free up gas to support the country’s beleaguered European allies.

But since then, Biden hasn’t done much with his new authorities.

“The truth is, there’s no shortage of heat pumps,” said Francis Dietz, the vice president for public affairs at the Air-Conditioning, Heating and Refrigeration Institute. “And there never was.”

Dietz and other business leaders say demand — not supply — is the choke point for increased adoption of heat pumps and insulation in the United States. That reality collided with Biden’s orders, resulting in little headway for industries that are hamstrung by cheap gas and ubiquitous furnaces.

While Biden’s clean energy orders were likely “a signaling move” when climate legislation in Congress was foundering, they could now take on new purpose, said Daniel Cohan, the author of “Confronting Climate Gridlock” and a civil and environmental engineering professor at Rice University.

“It seems this is finally putting some money where Biden’s mouth was and potentially driving more domestic manufacturing of those key devices,” he said. “So this is exactly the sort of push and pull that you’d want to see driving up both supply and demand, incentivizing both the manufacturing and purchasing of this equipment.”

Despite their name, heat pumps don’t generate heat, and they can be used to both warm and cool buildings.

This is how heat pumps work: They use electricity and refrigerant to push warm air out of buildings in the summer and to pull warm air into them during the winter, even in very cold conditions. Both of those functions are easier to do in well-insulated buildings.

At this point, heat pumps tend to cost more than gas- or oil-burning furnaces.

But they “are approaching cost parity compared with fossil-fuel sources of heat in multiple markets,” McKinsey & Co. said in a white paper last week. “Rising natural gas prices in certain regions, particularly in Europe, as well as continuing improvements in energy efficiency have given heat pumps an operating-cost advantage in some cases.”

European nations are rushing to install the technology.

That’s partially to address the heat waves that have been baking the continent, where air conditioners are relatively rare. It’s also in response to fears of a looming energy crisis, with Russia threatening to cut off the European Union’s main gas supply in the depths of winter.

In France, for example, energy-efficiency subsidies make “heat pumps a cheaper option for households than natural gas and oil in terms of both upfront costs and from a total-cost-of-ownership perspective,” according to Bloomberg NetZero Pathfinders. Italy, meanwhile, offers a “Superbonus” subsidy that “grants households a 110% tax rebate on the purchase price of a low-carbon heating unit.”

U.S. heating and air conditioning companies are eager to meet that European demand.

“That’s going to be a big trend that people are going to be talking a lot about, is the transition to heat pumps in Europe,” Carrier Global Corp. CEO Dave Gitlin told financial analysts last week.

“When you see parts of the world that have never had air conditioning before — whether it’s Portland, Ore., and Seattle or now London and Frankfurt — you’re going to see us leaning into that AC space,” he said during the company’s quarterly earnings call.

Much of that climate-induced demand could be met “with more sustainable solutions,” Gitlin added. “Because obviously we want to be part of the solution, not part of the problem, with climate change.”

Heat pumps are 2.2 to 4.5 times more efficient than gas furnaces, according to the McKinsey report. Because heat pumps don’t burn planet-warming fossil fuels, the consulting firm estimates that worldwide use of “heat pumps instead of traditional boilers and furnaces could cut global CO2 emissions by 3 gigatons per year.”

The U.S., however, is a tough market. Experts say increasing domestic demand for heat pumps and insulation is likely to remain challenging, even if the Schumer-Manchin bill passes.

That’s partially because natural gas is much more abundant and cheaper in the U.S. than in other countries. In June, the average price in the U.S. was $7.67 for each metric million British thermal unit of gas, according to the World Bank’s most recent commodities data. In Europe, gas averaged $34.35 per mmBtu.

Absent the Schumer-Manchin bill, there is also limited federal support for energy efficiency efforts and heat pumps, which would make them more cost-competitive with gas-fired furnaces and water heaters.

But perhaps the biggest barrier to increasing U.S. demand for heat pumps is a general lack of familiarity with the product.

“If I have a gas furnace and my gas furnace needs to be replaced, I’m very likely to go ahead and replace it with a gas furnace, just because I know about gas furnaces and I’ve used them and I’m comfortable with them,” said Dietz, the Air-Conditioning, Heating and Refrigeration Institute spokesperson.

The same, he added, goes for the salespeople and installers of heating and cooling appliances.

“When I call my contractor and I say, hey, my gas furnace crapped out, and they come over, the odds are they’re going to recommend another gas furnace,” Dietz said.

Biden’s orders couldn’t do much to address those challenges. Nor does it help the insulation industry; supply is not currently a problem, as the inexpensive, voluminous product is already produced domestically.

“The designation was not at the request or the urging of the insulation industry,” said Curt Rich, the president and CEO of the North American Insulation Manufacturers Association. “We have not had any production challenges or supply chain challenges that are out of the ordinary to warrant such a designation.”

Rich and Dietz also said they hadn’t heard of any stakeholder meetings, which a White House fact sheet promised would be one of the first steps the administration took to “maximize the impact of the [Defense Production Act] tools made available by President Biden’s actions.”

The White House didn’t respond to requests for comment.

But the “Inflation Reduction Act” could boost demand — and give Biden’s orders new life.

The bill includes up to $8,000 rebates for heat pump purchases and would provide $200 million to “provide training and education to contractors involved in the installation of home energy efficiency and electrification improvements.”

When Biden issued the Defense Production Act orders for heat pumps and insulation, he was “playing the long game,” said Ari Matusiak, the co-founder and CEO of Rewiring America, an electrification advocacy group that pushed the White House to use the 1950 law to fight climate change.

“We’re going to be electrifying a lot of things for 121 million households in the United States and have heat pump penetration that’s barely scratching the surface of American households,” he explained. “So we’re going to need many more heat pumps in the market over the next 10 to 15 years than we have today, which suggests a prudence in investing in our manufacturing capabilities.”

The Defense Production Act is “not just a messaging tool, it’s a true industrial policy lever that has the ability to organize conversation with industry and organize resources,” Matusiak added. The Schumer-Manchin legislation could finally provide “the beginnings of the investment apparatus to start putting the [orders] into motion.”

Correction: An earlier version of this story misquoted Curt Rich, the president and CEO of the North American Insulation Manufacturers Association.