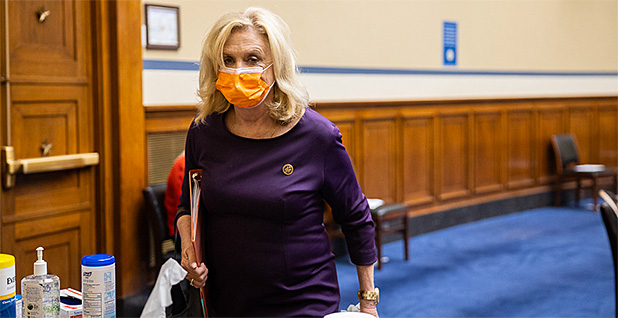 House Democrats and science groups are assailing a recent executive order from President Trump that would restrict civil service protections for certain federal employees, potentially paving the way for government scientists working on climate change to be silenced.

In a recent letter to the Office of Personnel Management, House Oversight and Reform Chairwoman Carolyn Maloney (D-N.Y.) said the order could hinder scientific research across the federal government.

She said that could include work on the coronavirus vaccine, policies to fight wildfires in the West and assistance to families hurt by climate change-fueled natural disasters.

"The executive order would erode due process protections for civil service employees and make it easier for the Administration to fire qualified individuals who base their professional opinions on evidence, science, and analysis," wrote Maloney.

The Trump order, issued last week, would create a new class of federal employees — "Schedule F" — for a huge swath of career employees, particularly those at EPA, working on regulations and policy.

It was widely seen as an attack on the so-called deep state. The administration branded the order as a way to root out inefficiencies throughout the bureaucracy.

It gave federal agency chiefs 90 days to review and revise employee classifications — placing the deadline at Jan. 19, a day before Inauguration Day.

The Office of Personnel Management will have final say in the changes, the agency noted in a subsequent memo. OPM spokesperson Rachel Tripp said the agency would "respond to Congress as appropriate."

Andrew Rosenberg, a director at the Union of Concerned Scientists, worried the order would allow the administration to simply fire scientists whose work doesn’t provide answers it wants.

"It doesn’t drain the swamp," he wrote yesterday in a blog post. "It digs a big hole in the toxic ground of partisanship and fills it with water to give it more life."

A scientist incorporating evidence of global warming in his or her work could be placed in the "Schedule F" class, he said, and quickly terminated without cause.