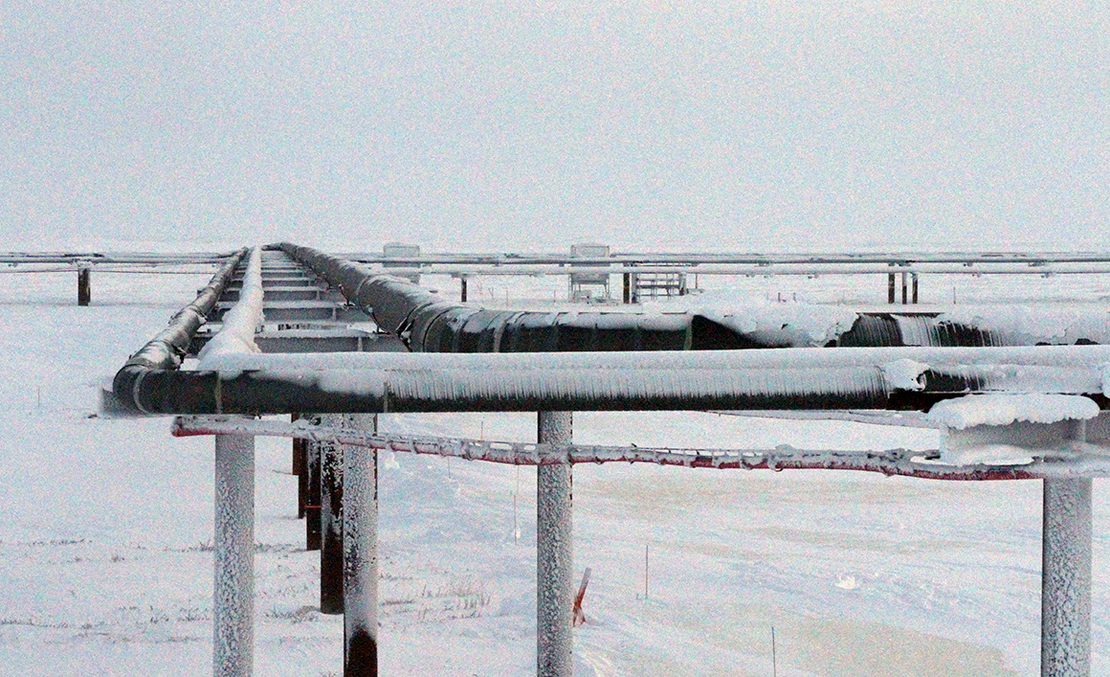 A federal judge yesterday scrapped key approvals for a major Alaska drilling project that had drawn the support of the Biden administration.

In her order, Judge Sharon Gleason of the U.S. District Court for the District of Alaska sided with arguments by Indigenous and environmental groups that the federal government had failed to consider the climate and wildlife impacts of the Willow oil and gas project in the National Petroleum Reserve-Alaska.

“[A]s to the errors found by the Court, they are serious,” Gleason said.

ConocoPhillips Alaska Inc.’s Willow project would be a significant expansion of oil and gas operations in the reserve and was one of the biggest oil discoveries in recent years for Alaska’s declining North Slope industry. The $6 billion project would produce up to 100,000 barrels a day at peak production, and it is one of a limited set of oil and gas projects backed in court by the Biden administration.

While Gleason’s move doesn’t kill the project, the order wipes out a Trump-era approval that’s needed for construction to advance.

Asked whether the court decision would affect Willow’s viability, Rebecca Boys, a spokesperson for ConocoPhillips Alaska, said the company would “review the decision and evaluate the options available regarding this project.”

At issue in the Alaska district court lawsuit was a National Environmental Policy Act review conducted during the Trump administration by the Bureau of Land Management and a biological opinion issued by the Fish and Wildlife Service underpinning the Willow Master Development Plan.

Gleason found that the FWS permit was not protective enough of polar bears. She found several faults with the NEPA review, including that BLM had fallen short of its statutory duty to give “maximum protection” to surface values in the Teshekpuk Lake special area, which serves as winter habitat and calving grounds for the Teshekpuk Lake caribou herd.

The Sovereign Iñupiat for a Living Arctic, one of the challengers in the case, relies on the caribou herd.

“Today’s court win recognizes that our land and our people deserve dignity and a pursuit of greater meaning,” said Siqiñiq Maupin, executive director of SILA, in a statement. “When we do not have to medivac our children out of the village so they can breathe, we can teach them how the native plants can be eaten. When oil fields aren’t blocking the migration and causing our caribou to starve, we can teach our youth how to hunt for our elders.”

Indigenous and environmental groups had also challenged a Clean Water Act permit for Willow, but Gleason upheld that approval.

A loss for oil champions in Alaska, the court decision yesterday has galvanized groups opposed to expanded oil and gas interests in the NPR-A.

“This is a win for our climate, for imperiled species like polar bears, and for the local residents whose concerns have been ignored,” said Nicole Whittington-Evans, Alaska program director for Defenders of Wildlife, in a statement. “We welcome the court’s decision upholding the rule of law and we urge the administration to examine alternatives to this massive destructive project.”

Gleason, an Obama appointee, wrote yesterday that she was aware of the “considerable economic consequences” to ConocoPhillips of her decision to toss out Willow’s permits.

ConocoPhillips said in court filings that it has invested $500 million to acquire leases, secure approvals and conduct other activities related to the project.

But, Gleason noted, construction has already been paused since earlier this year, when the 9th U.S. Circuit Court of Appeals upheld her injunction against the project (Energywire, Feb. 16).

Willow was a high priority for the pro-oil Trump administration and the Alaska leaders helming energy positions at former President Trump’s Interior Department.

But as an Arctic drilling project, Willow sparked controversy as well, leading up to and after its approval last October (Energywire, Oct. 28, 2020).

Members of the Alaska Native community of Nuiqsut had asked for the project to be delayed to better assess its impacts on people and the environment, citing worries about air quality issues.

The Trump administration pushed to open most of the NPR-A’s energy resources to potential drillers at the same time as it was advancing Willow. The area’s prior management plan included protections barring oil and gas activity on roughly half of the 23-million-acre reserve.

When President Biden took office this year, administration officials immediately flagged Willow’s approval for review to examine if it was consistent with White House climate priorities. But Biden administration attorneys filed a May brief with the Alaska district court defending Willow (Energywire, May 27).

Interior, which houses BLM and FWS, declined to comment on Gleason’s order.

The Biden administration’s about-face on Willow followed a successful White House push to convince Alaska Sen. Lisa Murkowski (R) to support Biden’s embattled Interior nominee, Deb Haaland, early this year. Biden picked Tommy Beaudreau, an energy and natural resource lawyer who served in the Obama administration, for the agency’s No. 2 role in what observers considered a political concession to Murkowski. Beaudreau was perceived as friendly to oil and gas interests in Alaska.

“I’ve been working from the get-go to educate the new administration on why the Willow project is so important to Alaska’s economy,” Murkowski said in May, after Biden backed Willow.

She said: “Through their careful review, the administration reached the same conclusion that we have always known, which is that the Willow project went through a rigorous, comprehensive permitting process and can move forward because it is being held to the highest environmental and labor standards in the world.”

Despite its support for Willow, the Biden administration has blocked further oil and gas activity in the Arctic National Wildlife Refuge, which lies east of NPR-A on Alaska’s Arctic coast, and suspended oil and gas leases sold there by the Trump administration.

A supplemental NEPA review of the refuge’s oil and gas program is being written after the administration said it found flaws in the original environmental review process.