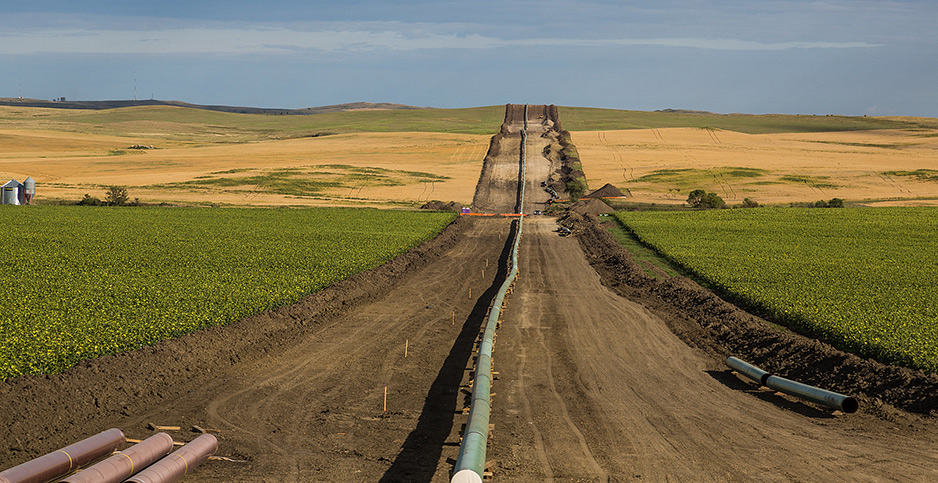 After a federal court dealt a massive legal blow to the Dakota Access pipeline yesterday, attention is turning to what enforcement actions the Biden administration may take against the crude oil project.

A three-judge panel on the U.S. Court of Appeals for the District of Columbia Circuit upheld a lower court’s decision to toss out the Army Corps of Engineers’ easement for the 1,172-mile pipeline but declined to shut it down and drain it of oil.

The panel strongly suggested that the Army Corps move quickly to block operation of the project, or the agency could run the risk of the Standing Rock Sioux and other tribes asking the courts to shutter the pipeline.

"It may well be — though we have no occasion to consider the matter here — that the law or the Corps’s regulations oblige the Corps to vindicate its property rights by requiring the pipeline to cease operation and that the Tribes or others could seek judicial relief under the [Administrative Procedure Act] should the Corps fail to do so," Judge David Tatel, a Clinton appointee to the D.C. Circuit, wrote in yesterday’s decision (Greenwire, Jan. 26).

"But how and on what terms the Corps will enforce its property rights is, absent a properly issued injunction, a matter for the Corps to consider in the first instance, though we would expect it to decide promptly," he continued.

Army Corps officials may be more willing to shut down the project now that President Biden is in the White House.

For now, the pipeline is still able to operate as normal as the agency is required to conduct a more rigorous National Environmental Policy Act analysis of the spill risks posed by the pipeline crossing beneath a man-made reservoir.

Lake Oahe, the water body at issue in the case, is located about a half-mile away from the Standing Rock Sioux reservation.

"We expect the Administration to do exactly what the Court admonished it to do: make a decision promptly and in light of its promises to Indian Country and its commitment to address the climate crisis," said Jan Hasselman, an Earthjustice attorney representing the Standing Rock Sioux and other tribes opposing the pipeline.

He argued that the only option left for Biden is to shut down the pipeline until the Army Corps completes the required environmental impact statement and the project is in compliance with NEPA.

"There have been enough lawsuits," Hasselman wrote in an email. "There is no reason for the Administration to delay any longer."

Unlike with its decision last week to revoke a key permit for the Keystone XL pipeline, the Biden administration has been largely silent on its intentions with Dakota Access.

Energy analysts suggested that the new president is more likely to take enforcement action on the project, though the timing of that move could depend on the outcome of other litigation involving the pipeline.

"This is less of a problem of Biden being a bad guy to the oil and gas industry and more of a problem of flawed permitting creating a bigger risk than doing it right the first time," said Christi Tezak, a managing director of ClearView Energy Partners LLC.

The Army Corps did not respond to a request for comment on its next steps.

Biden may initially choose to hold off on taking immediate action on the pipeline to see if Judge James Boasberg for the U.S. District Court for the District of Columbia decides to move forward with an injunction to block the pipeline, said Tezak.

Boasberg, an Obama appointee who had initially blocked Dakota Access’ easement, had also sought last year to halt the pipeline’s operation. The D.C. Circuit blocked his order, saying he "did not make the findings necessary for injunctive relief" (E&E News PM, Aug. 5, 2020).

The district court judge has since received additional briefing on shutting down the pipeline and could issue a new order to block the project.

"There is no downside in our view for Biden to take a breath and to go ahead and see whether or not Boasberg rules," said Tezak.

Even if Boasberg eventually decides not to issue an injunction, she added, Biden seems "highly likely" to act, given the D.C. Circuit’s language in yesterday’s decision.

An order from the D.C. District Court could prompt Biden to direct the Army Corps to take enforcement action within days, energy experts say.

The Justice Department could also ask for additional time to review next steps before blocking Dakota Access, Josh Price, a senior analyst at Height Capital Markets, wrote in an email.

In a note to Height clients, Price also suggested that Biden may not seek to fully shut down the pipeline, but instead may look for a middle ground that puts additional conditions on the pipeline while allowing it to remain operational.

If Biden does shut down the pipeline by Friday, he would fulfill a request made by several tribes just before Inauguration Day, Tezak added.

On Jan. 19, the Standing Rock Sioux, Cheyenne River Sioux, Oglala Sioux and Yankton Sioux tribes had asked then-President-elect Biden in a letter to shut down Dakota Access within 10 days of taking office.

"It is time for the United States to finally honor the Treaties that it made with our Tribes and respect our lands and our waters, and stop this illegal pipeline," the tribes wrote.